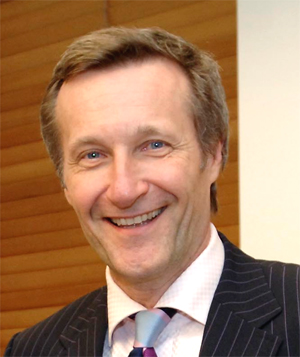 The 2012 Statutory Public Lecture of the School of Cosmic Physics will take place in Trinity College Dublin on Monday 17 September at 6:00pm.

The lecture entitled “Global Science for the Benefit of Security and Humankind” will be given by H.E. Mr Tibor Tóth, Executive Secretary of the Preparatory Commission for the Comprehensive Nuclear-Test-Ban Treaty Organization (CTBTO).

It will be held in the MacNeil Lecture Theatre, Hamilton Building, TCD. Admission is free.

The 2011 Statutory Public Lecture of the School of Cosmic Physics will take place in Room B004, University College Dublin, on Tuesday July 5th at 6:30pm.
The Lecture entitled “The Dark Side of the Universe” will be given by Prof. Malcolm Longair, Emeritus Jacksonian Professor of Natural Philosophy, Cavendish Laboratory, Cambridge. The Dark Side of the Universe Black holes, dark matter and dark energy are among the most important ingredients of our Universe, but don’t emit light and are therefore invisible. Former Royal Astronomer for Scotland, Malcolm Longair will describe why we’re confident that all three exist, and discuss their importance for fundamental physics. The talk will be profusely illustrated with recent results from a wide range of Earth-based and space telescopes, simulations and movies.

The lecture entitled “The Gathering Storm: Mitigating the effects of Earthquakes, Tsunamis and other Global Natural Hazards using Geoscience” will be given by Dr Walter Mooney, United States Geological Survey

Professor Simon D.M. White      “All From Nothing: The Structure of Our Universe”,  Monday 12th October, 2009, in the Lecture Theatre C005 (Health Sciences Building), University College Dublin,

Telescopes are time-machines. They allow us to see into the distant past. Our deepest images show the Universe not as it is today, but as it was just 400,000 years after the Big Bang. At that time there were no galaxies, no stars, no planets, no people, no familiar elements other than hydrogen and helium. The cosmos contained nothing but weak sound waves in a near-uniform fog. Supercomputers can compress thirteen billion years of cosmic evolution into a few months of calculation to show how these sound waves developed into the rich structure we see around us today. A study of their harmonic content gives clues to their origin. They appear to be an echo of quantum zero-point fluctuations occurring a tiny fraction of a second after the Big Bang. Thus our entire world may be a consequence of the nature of this early vacuum. In a very real sense, everything may have come from nothing.

Polls show that nearly one-third of Americans still believe there is “no solid” scientific evidence of global warming, or that if it is occurring it can be attributed to natural variability. Even among those who accept the reality of warming, nearly half think that scientists are still debating the point. This lecture explores the reasons for the widespread misunderstanding of the scientific consensus, including the history of organized campaigns designed to create public doubt and confusion about climate science.

Prof. John Mather  “Finding our Origins with the James Webb Space Telescope”   The JWST project scientist, who was awarded the Nobel Prize for Physics in 2006, delivered the School’s statutory public lecture on 14th June 2007 in the Clinton auditorium, UCD.