At 01:04am on January 26th the INSN seismic station IDGL in Donegal recorded a minor earthquake in the region north of Buncrana.

It measured Mag2.2 on the Richter scale and was felt widely throughout the region and reported by people to the Garda and Radio stations. It is the second strongest event felt in the area. The strongest earthquake recorded in the region was in Feb 2008, when a Magnitude 2.4 was recorded.
Both the St Egney Primary School, Buncrana  and the St Columba Secondary School, Stranolar also recorded the seismic event on their own school seismometers, which they use as part of the DIAS Outreach Seismology in Schools programme. 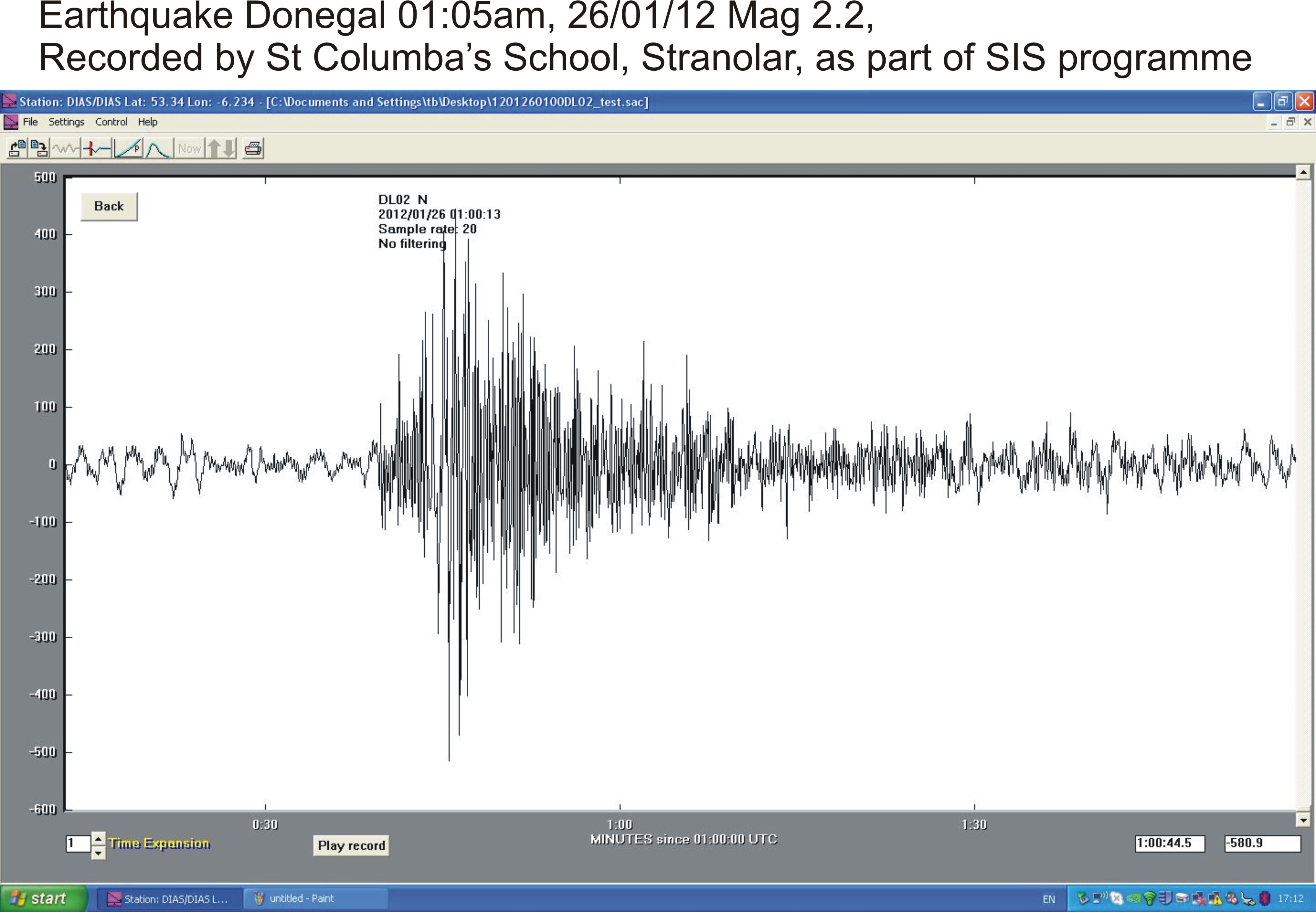