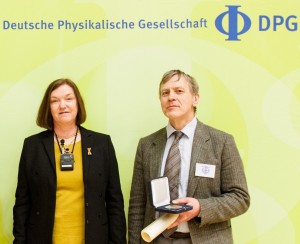 We are pleased to announce that Professor Werner Nahm, Director of the School of Theoretical Physics, has been awarded the Max Planck Medal for Theoretical Physics, the highest award from the German Physical Society. Professor Nahm receives this award for his fundamental work on quantum field theory. In particular, he was able to clarify several basic mathematical aspects that later became important for the development of string theory. The Max Planck Medal is awarded for “those contributions that build on the work of Max Planck”.  Past recipients include Einstein, Heisenberg, Schrödinger, Fermi and Dirac.  Source (german) : pro-physik.de