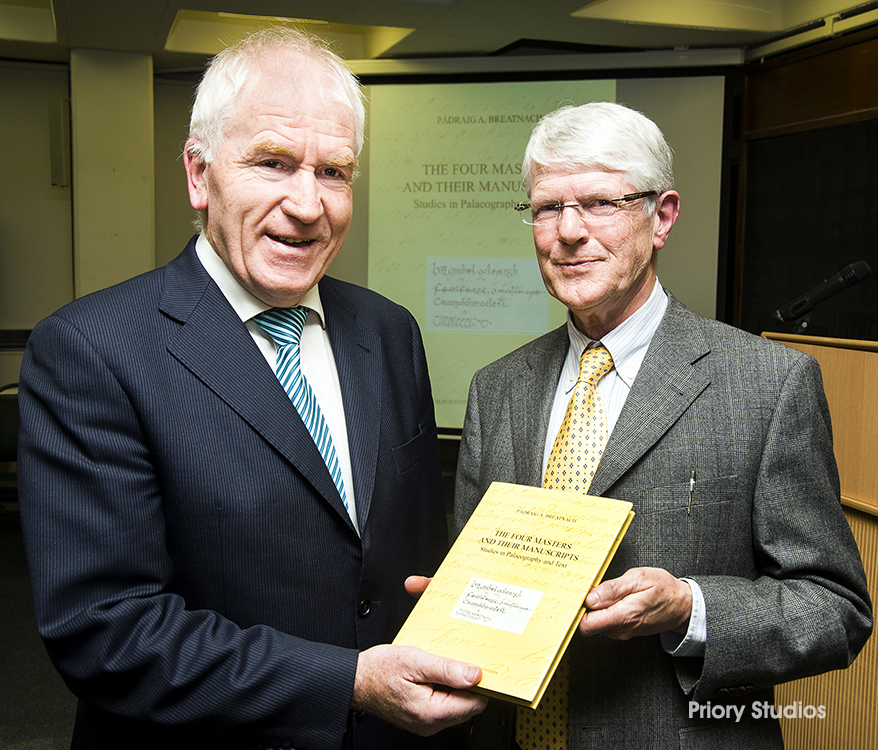 On Tuesday 29th October, a new publication of the School of Celtic Studies entitled The Four Masters and their Manuscripts, Studies in Palaeography and Text by Professor Pádraig A. Breatnach, was launched by the Minister for Arts, Heritage and the Gaeltacht, Mr Jimmy Deenihan, T.D.

Led by Brother Míchél Ó Cléirigh, O.F.M., the Four Masters worked together between 1630 and 1636 to compile a series of historical tracts and records that are among the most important Irish writings from any century. No part of these productions was destined to appear in print in the years following completion, but in all cases autograph manuscripts have survived the intervening centuries.

The distinction of The Four Masters and their manuscripts is that it treats the compilers as scribes as well as chroniclers, and their collaboration as combining individual endeavours, capable of being differentiated through palaeographical and textual analysis. The scribal styles and independent manuscript legacy of each of the two most outstanding members of the group Míchél Ó Cléirigh and Cú Coigcríche Ó Cléirigh are documented here for the first time. A final chapter looks at their lives and those of their two associates Fear Feasa Ó Maoil Chonaire and Cú Coigcríche Ó Duibhgeannáin in the aftermath of their joint enterprise, when war and conquest impacted around them with destructive consequences for the culture and learned institutions of Gaelic Ireland. 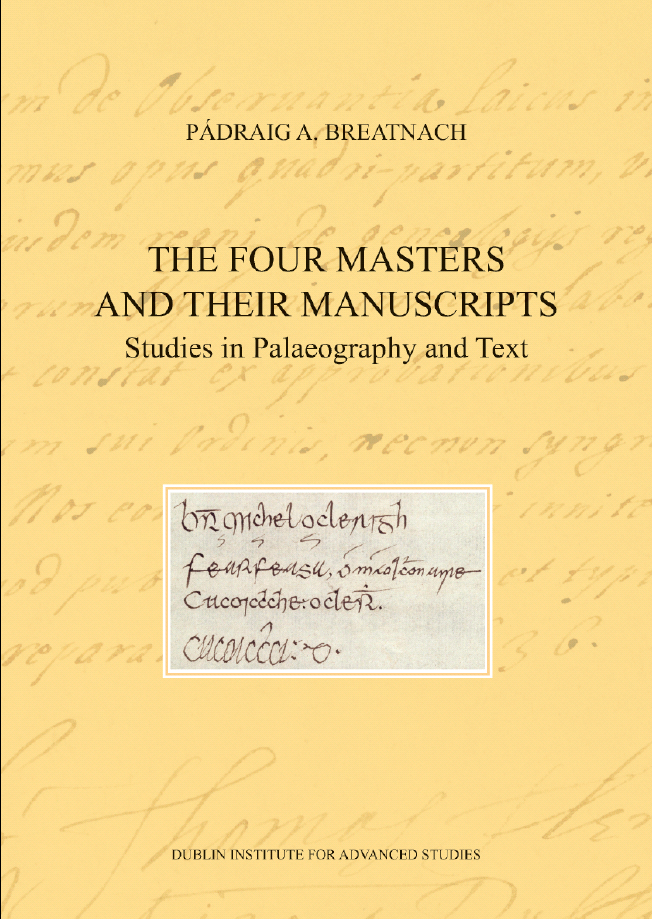 The book is fully illustrated with manuscript images accessed from the resources of the Irish Script on Screen (ISOS) on-line project of the School of Celtic Studies, Dublin Institute for Advanced Studies.