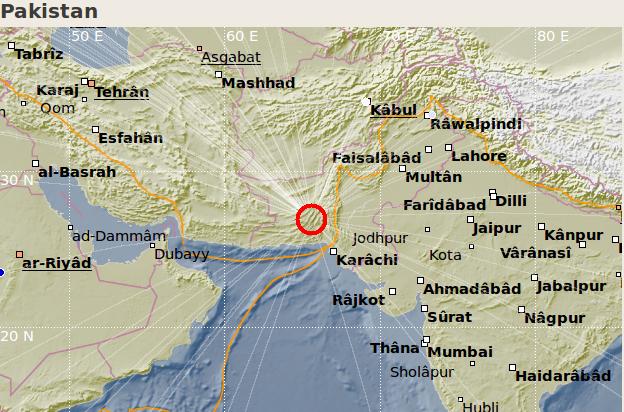 A major M7.7 earthquake occurred in the Balochistan region of Pakistan on 24th September at 11:29 UTC (16:29 local time), 290km north of Karachi, in a mostly rural area.  The earthquake was felt in Pakistan and as far away as New Dehli in India, United Arab Emirates and Oman. In the first 24 hours after the main shock, five aftershocks >M5 have been recorded.

Below is as an image of the seismic traces of the the main event  recorded on the stations of INSN. 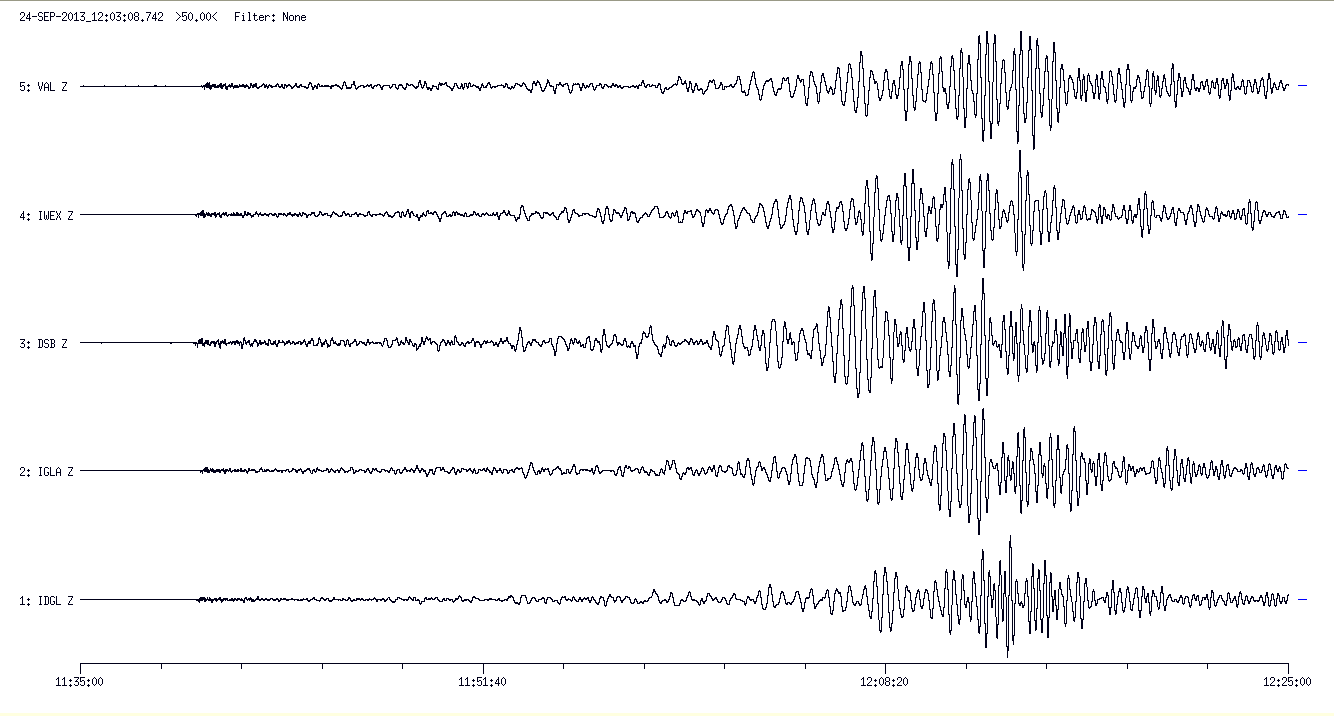