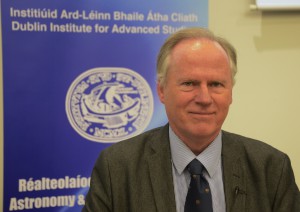 (Professor of Theoretical Physics, Stockholm University and Secretary of the Nobel Committee for Physics) gave the School of Cosmic Physics Statutory Public Lecture recently. The lecture was entitled “Solving the Puzzle of Dark Matter?” and was held in the Moore Auditorium at UCD.

Cosmologists are becoming ever more certain that a large fraction of the mass in the universe is invisible and does not emit or absorb light. This talk will give a basic introduction to the history and status of the dark matter problem, and discuss three different methods to find out what it is. First, the LHC accelerator will have a real chance of discovering dark matter particles, if the mass scale is not too high. Second, direct search for scattering of dark matter particles in underground detectors is reaching a sensitivity where a signal may soon be found. The third method, which is useful even if the dark matter particle would have a very high mass, uses indirect detection through annihilation of dark matter particles in our galaxy to gamma-rays, neutrinos or antimatter. All three methods have now reached a sensitivity that a dark matter signal may be soon be found. However, this also means that one has to be aware of false claims of discovery. A summary of the current, somewhat confusing, experimental situation will be presented. 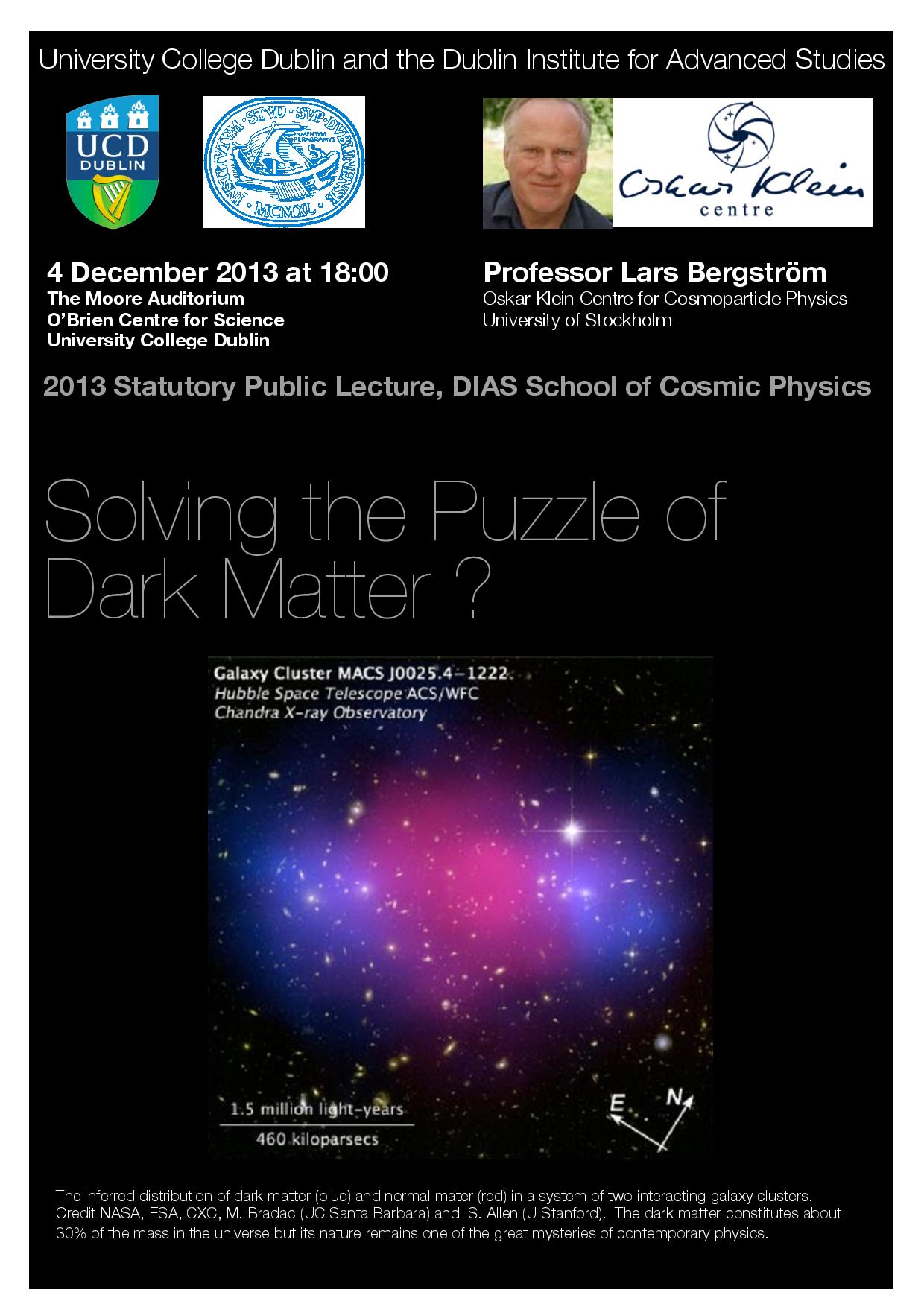