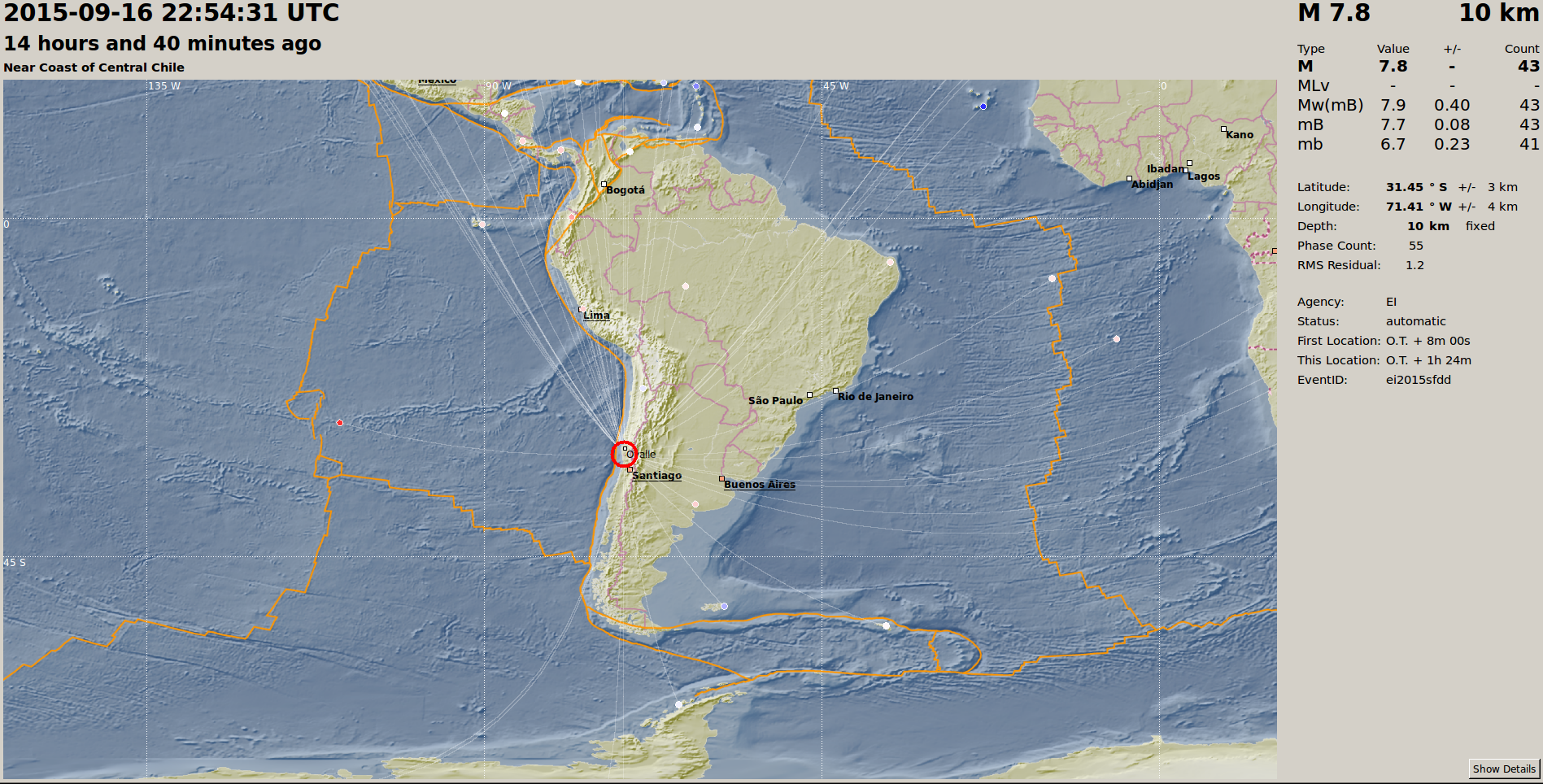 The event was recorded at stations worldwide, including Irish National Seismic Network (INSN) stations. See seismogram below.
According to the EMSC, local testimonies about the intensity of the earthquake indicate a value of VI (strong) on the Mercalli Scale. Chile has seen several earthquakes of magnitude greater than 8 in the past 5 years. In 1960, the most powerful earthquake ever recorded occurred at Lumaco, Chile, with a magnitude Mw of 9.5. (Please click on images for larger versions) 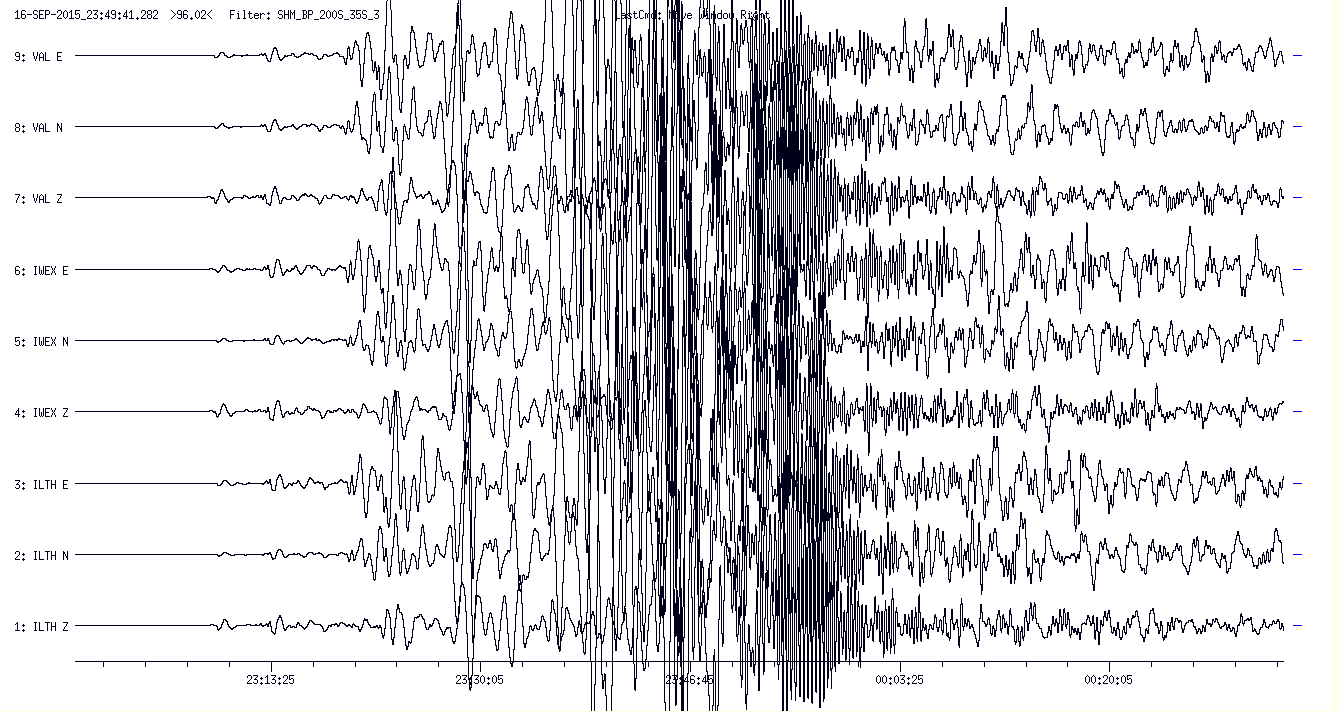