21st October 2015 – DIAS Lecture “In the shadow of an active volcano: Why is eruption prediction so elusive?”

Professor Chris Bean, the new Head of the Geophysics Section in the School of Cosmic Physics, DIAS, gave his inaugural lecture on Wednesday 21st October at the Royal Irish Academy. 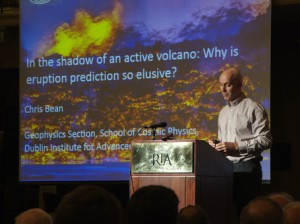 The lecture was entitled “In the shadow of an active volcano: Why is eruption prediction so elusive?”  Watch the lecture here

Abstract: Volcanoes have captured our imaginations throughout past civilisations. They have been feared and revered in equal measure from Hekla in Iceland, regarded as the gates of hell, to Mt Fuji’s association with water and fertility. In the modern world people live in the shadow of volcanoes in growing numbers, due to increasing population pressures. As demonstrated by the recent Eyjafjallajökull eruption in Iceland, volcanoes can also have far reaching effects on modern living and large eruptions can also affect the climate system. In this talk we will take a close look at how volcanoes work and how we use the background signal generated inside volcanoes, to monitor their state (analogous to a medical health check). Audio versions of these signals demonstrate both their beauty and complexity (we will listen to some) and give a window into the challenges associated with eruption prediction. As we might never reach this elusive prediction goal, we will look at other risk mitigation strategies in the presence of restless volcanoes. 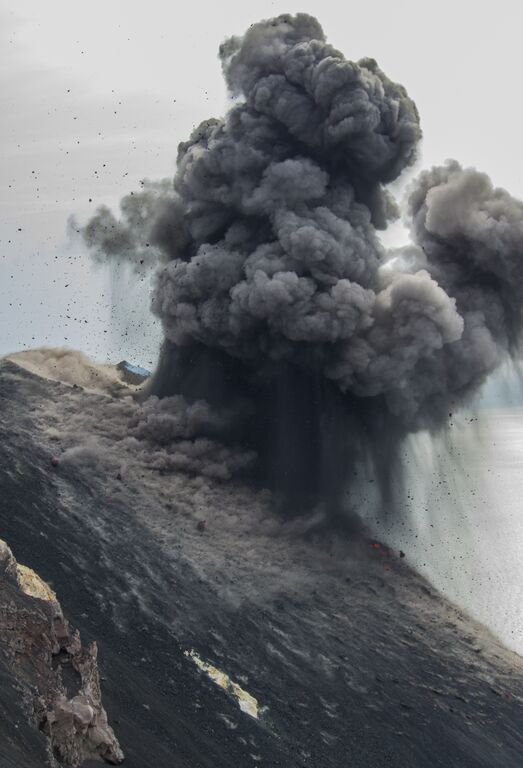