A major M7.0 earthquake occurred on the island of Kyushu, Japan on 15th April 2016 at 16:25 UTC (01:25 on 16th April local time). A number of aftershocks have been recorded. A tsunami alert was issued for Japanese costal areas. 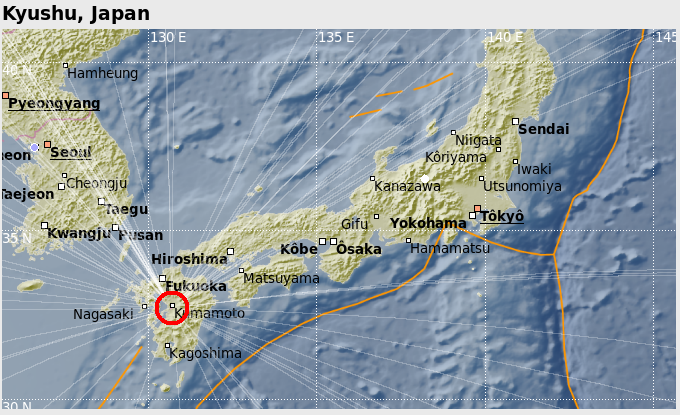 The first arrival at INSN was recorded at the ILTH (Bellurgen, Co Louth) seismic station at 16:37:44 UTC. Below is as an image of the seismic traces of the the main event recorded on the stations of INSN. 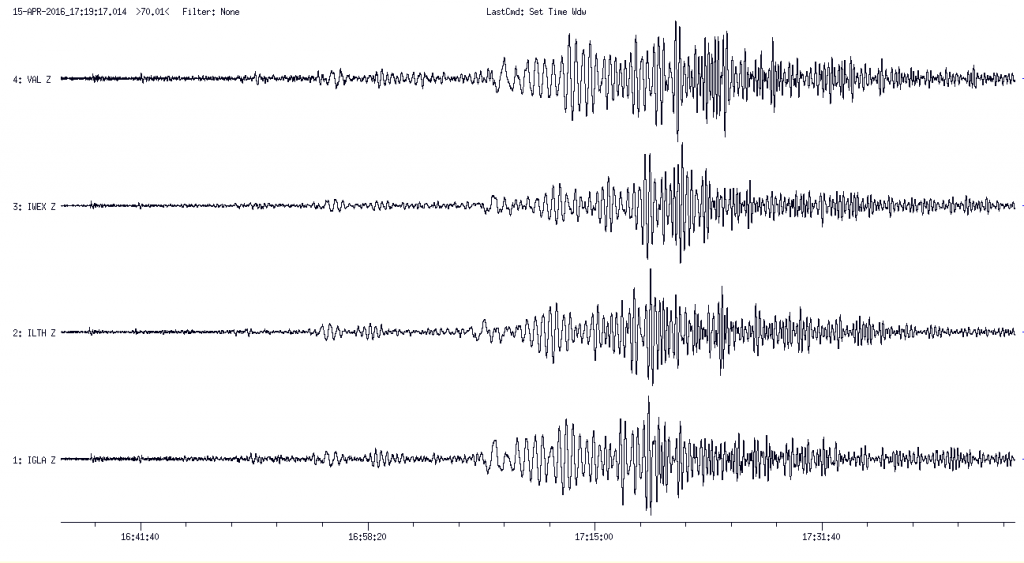