An earthquake of magnitude 6.9 occurred on the 21st November 2016 at 20:59:50 UTC in Japan. The epicentre was about 90 km southeast of Fukushima, see map below. No immediate damage or injury due to the earthquake tremor was reported. Tsunami alerts were issued by the Japan Meteorological Agency (JMA) and the Pacific Tsunami Warning Center for up to 3 metre high waves along the northern Pacific coast of Japan. According to JMA the highest measured wave was 1.4m in Sendai, Miyagi Prefecture, north of Fukushima. The Fukushima Nuclear Power Plant disaster on the 11th March 2011 was initiated primarily by the tsunami that followed the magnitude 9.0 Tōhoku earthquake. 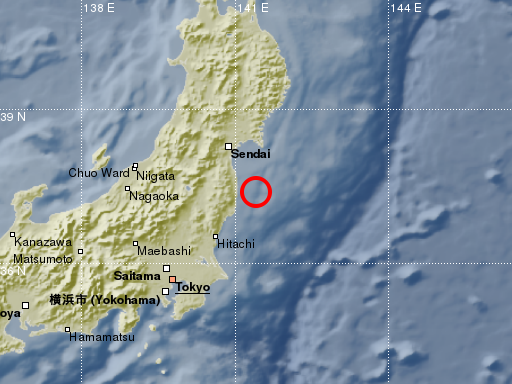 The M6.9 earthquake was recorded at seismic stations worldwide, including stations of the Irish National Seismic Network (INSN), see seismic traces below. 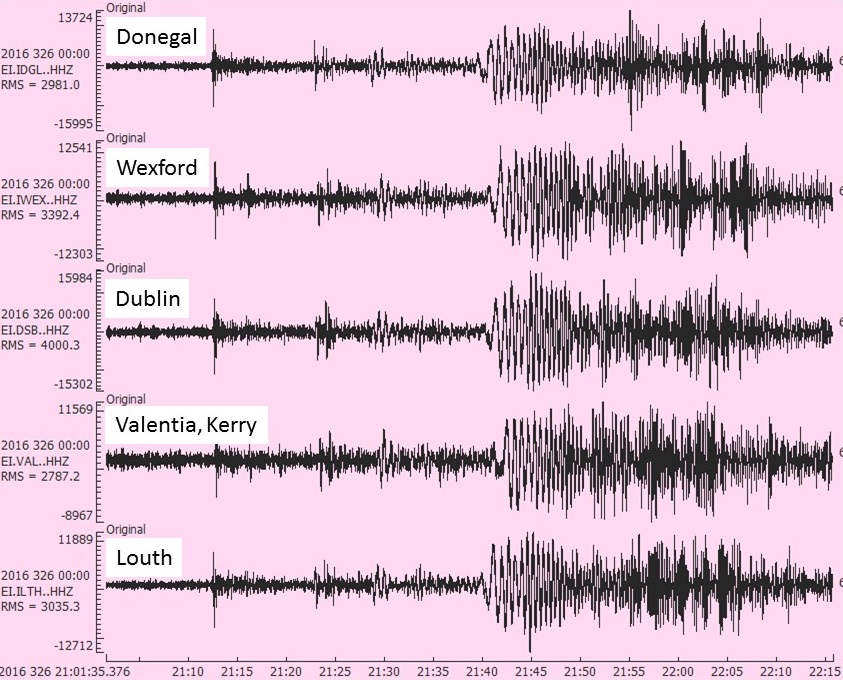