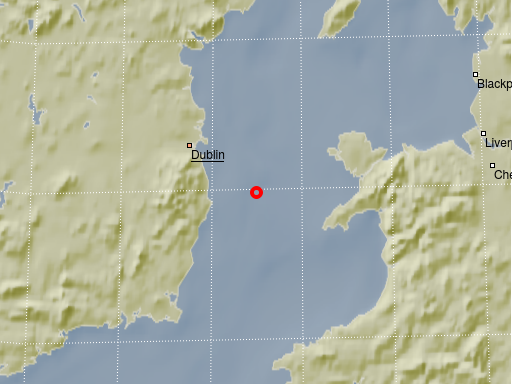 The event was recorded at Irish National Seismic Network (INSN) stations and at several British Geological Survey (BGS) stations in Wales and the Isle of Man, see seismograms below. 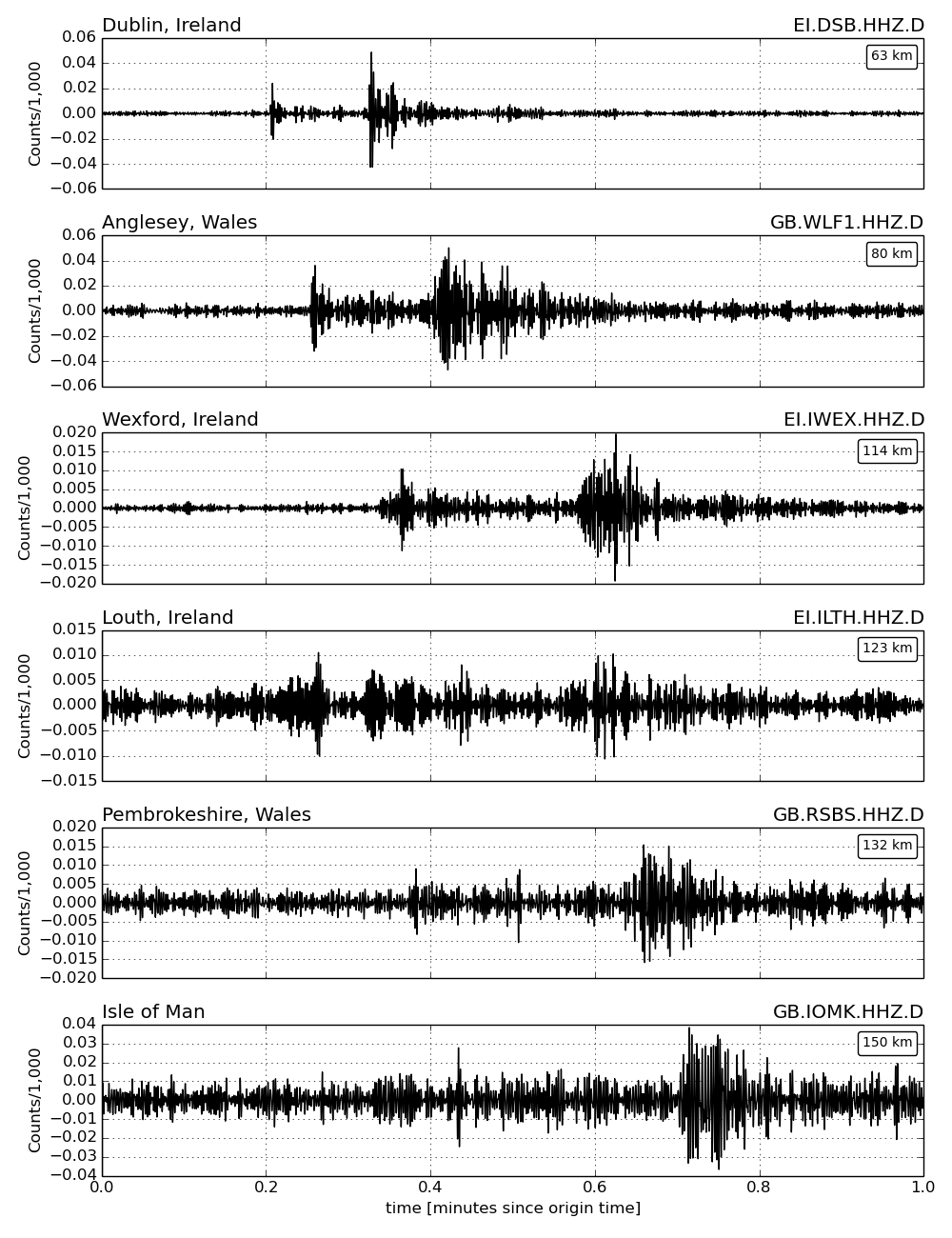 This earthquake was too weak to be felt by humans and occurred in a region of the Irish Sea for which several events have been detected in the past, see map on this INSN page.