JONATHAN MACKEY studied Physics and Applied Maths at NUI Galway, going on to do a Masters degree at the Harvard-Smithsonian Center for Astrophysics in Boston. 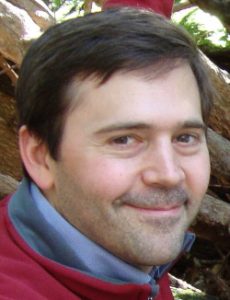 He studied for his PhD at the Dublin Institute for Advanced Studies (DIAS) from 2006-2010, funded by the Irish Research Council. Then he went to the Argelander Institute for Astronomy in Bonn, Germany, researching massive stars and supernovae in the group of Nobert Langer for 5 years. This was followed by research at the University of Cologne with Stefanie Walch in 2015, and he returned to DIAS in 2016 as one of the first recipients of the Royal Society – Science Foundation Ireland University Research Fellowship. His research continues to focus on winds and radiation from massive stars, particularly near the end of their lives just before they explode as supernovae.