A major earthquake with magnitude 8.1 occurred offshore Mexico on the 8th September 2017 at 04:49:21 UTC. The epicentre is located about 60km from the coast of the mexican state Chiapas, see map below. The event was felt widely and several casualties and damage to buildings have been reported. The Pacific Tsunami Warning Center issued a threat warning for tsunami waves up to three metres high along the coast of Mexico. Maximum wave heights of 1.75 metres were observed at the coast of Chiapas five hours after the earthquake origin time. 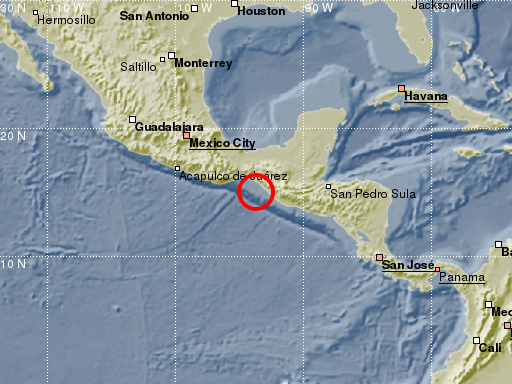 The M8.1 earthquake was recorded at seismic stations worldwide, including stations of the Irish National Seismic Network (INSN), see seismic waveforms below (select figure to enlarge). 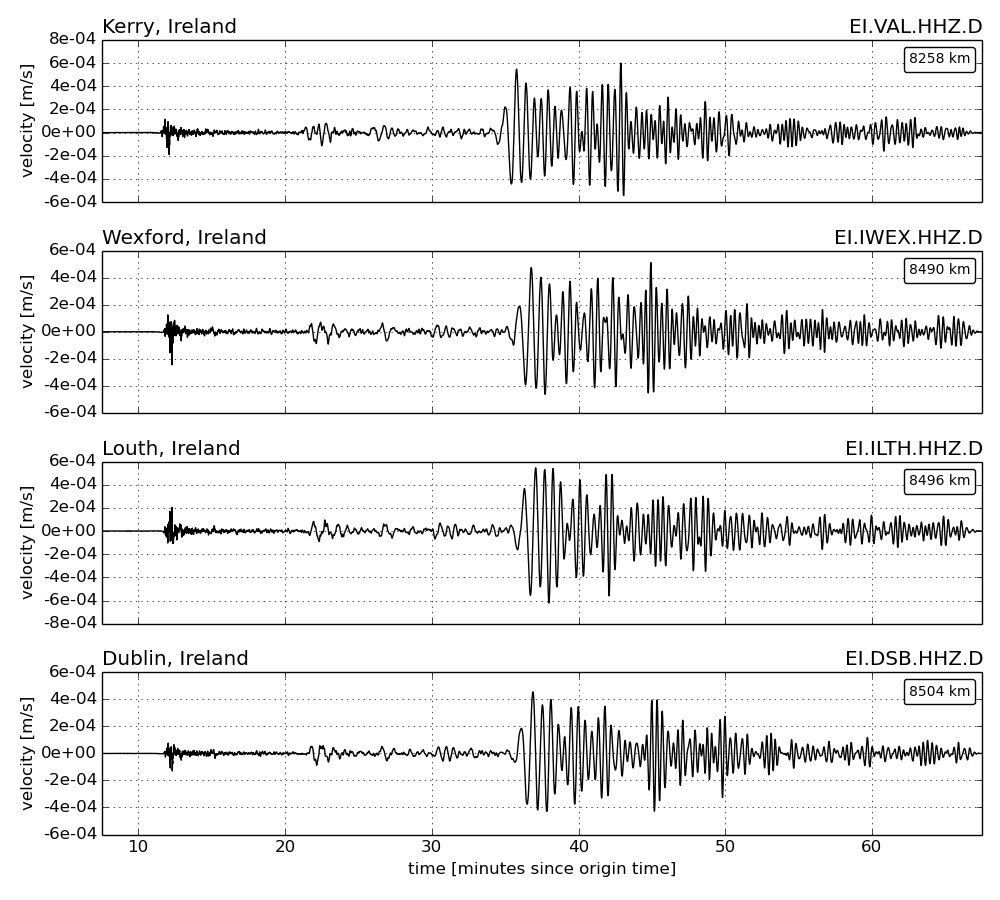 Further information is available from the following webpages: