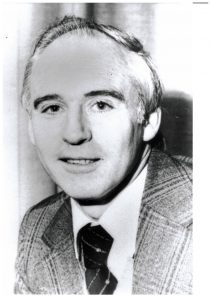 This year’s O’Raifeartaigh Lecture will be given by Prof. Nima Arkani-Hamed of the Institute for Advanced Studies, Princeton.

Throughout his career O’Raifeartaigh made seminal contributions to fundamental physics, which continue to influence the landscape of theoretical physics today. Following a DIAS research fellowship to work with the great Irish relativist J. L. Synge, O’Raifeartaigh obtained his PhD from the University of Zurich. After rejoining DIAS as an assistant professor, O’Raifeartaigh spent time at the Mathematical Science Institute in Madras, the University of Syracuse and the Institute for Advanced Study in Princeton. In 1968 O’Raifeartaigh returned to DIAS on a permanent basis as a Senior Professor and went on to build an internationally renowned group in theoretical high energy physics.

O’Raifeartaigh’s contributions to physics standout for both their depth and breadth. For instance, his 1965 “No Go Theorem”, prohibiting the non-trivial unification of spacetime and internal symmetries, was a profound insight that presaged an entire era of high energy theoretical physics. Similarly, his work on spontaneous supersymmetry breaking has been hugely influential over the course of the last 40 years. His highly original and deep contributions span an impressive array of topics in fundamental physics, always at the cutting edge of the time, from magnetic monopoles to Seiberg-Witten theory. O’Raifeartaigh received a von Humboldt Research Award in 1998 and the prestigious Wigner Medal in 2000 for his pioneering contributions to particle physics. He was elected a Member of the Royal Irish Academy at the age of 29, and was also a member of Academia Europea. O’Raifeartaigh was interested in the social implications of science and, in particular, was a co-founder of the Irish Pugwash movement.

The O’Raifeartaigh Lecture is held as a part of the annual Irish Theoretical Physics Conference (formerly Irish Quantum Foundations).