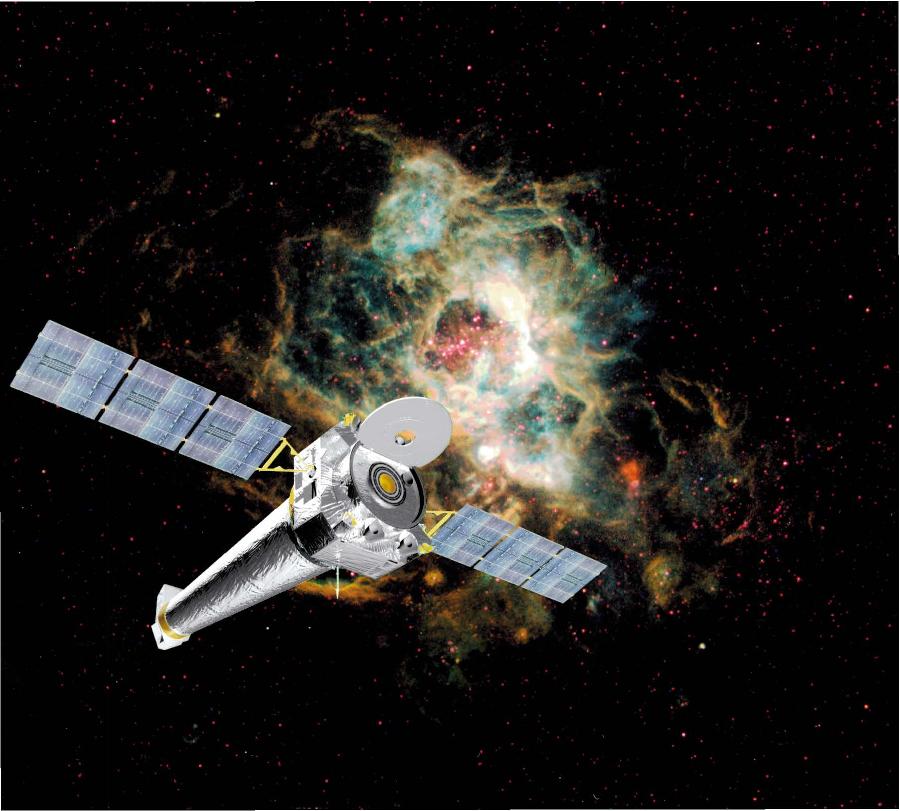 The results of the work by an international scientific team led by Dr. Patrick Kavanagh from the School of Cosmic Physics at the Dublin Institute for Advanced Studies has been published in the journal Astronomy and Astrophysics. The team used NASA’s Chandra X-ray Observatory – one of the most sophisticated X-ray observatories built to date – to reveal how very high energy (VHE) gamma-rays are produced by cosmic rays accelerated inside the 30 Doradus C superbubble, the only known VHE gamma-ray superbubble.

30 Doradus C is located in the Large Magellanic Cloud (LMC), a dwarf satellite galaxy of the Milky Way at a distance of about 170,000 light years. Even at this great distance it is visible to the naked eye in the southern hemisphere. Star formation is proceeding at a high rate in the LMC and very high mass stars (many tens of solar masses) are being born into new, massive stellar clusters. Collectively, through their powerful stellar winds and later their supernova remnants, these massive stellar populations blow huge ‘superbubbles’ into the surrounding interstellar medium. It is at the blast wave of the interior supernova remnants that cosmic rays are thought to be accelerated.

Resolving these emission regions at the distance of the LMC in sufficient detail requires a very powerful telescope, namely the Chandra X-ray Observatory. The combination of Chandra’s wonderful mirror and the Advanced CCD Imaging Spectrometer revealed the structure of the 30 Doradus C shell in unprecedented detail. This allowed the team to measure the widths of the emission region around the shell and determine a generally low magnetic field strength, suggesting that the VHE gamma-rays produced in 30 Doradus C predominantly arise from the interaction of accelerated electrons with ambient light.