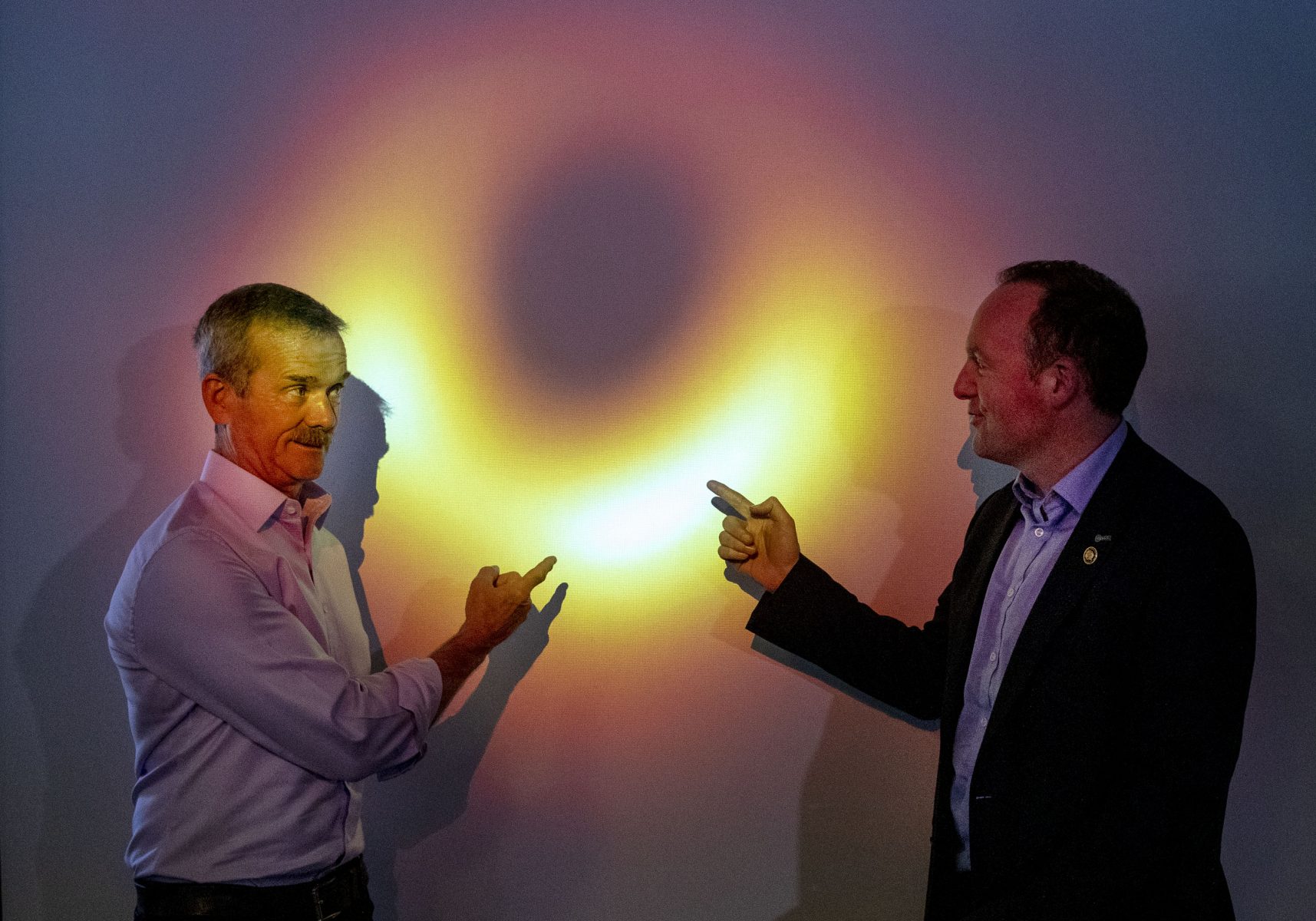 Commander Chris Hadfield joined Astrophysicists from the Dublin Institute for Advanced Studies (DIAS) on Wednesday, 10th April 2019 to witness the first ever image of a black hole being revealed.

It was a momentous occasion for DIAS to have gathered its leading researchers together for the annoucement and to be joined by astronaut Chris Hadfield.

Commenting on the first image of the black hole, Chris Hadfield shared his thoughts saying it was “immensely reassuring that it looks like what was predicted”. He shared further thoughts on Twitter:

DIAS had the first Irish experiment in space in 1972 and research at DIAS contributes to new space technology development as proposed by the Government’s ‘Project Ireland 2040’ plan. Priorities for the next four years include developing new technology and software for space missions, e.g. the ESA Solar Orbiter satellite (due for launch in 2020) and the ESA ARIEL satellite mission hunting for exoplanets (due for launch in 2025).