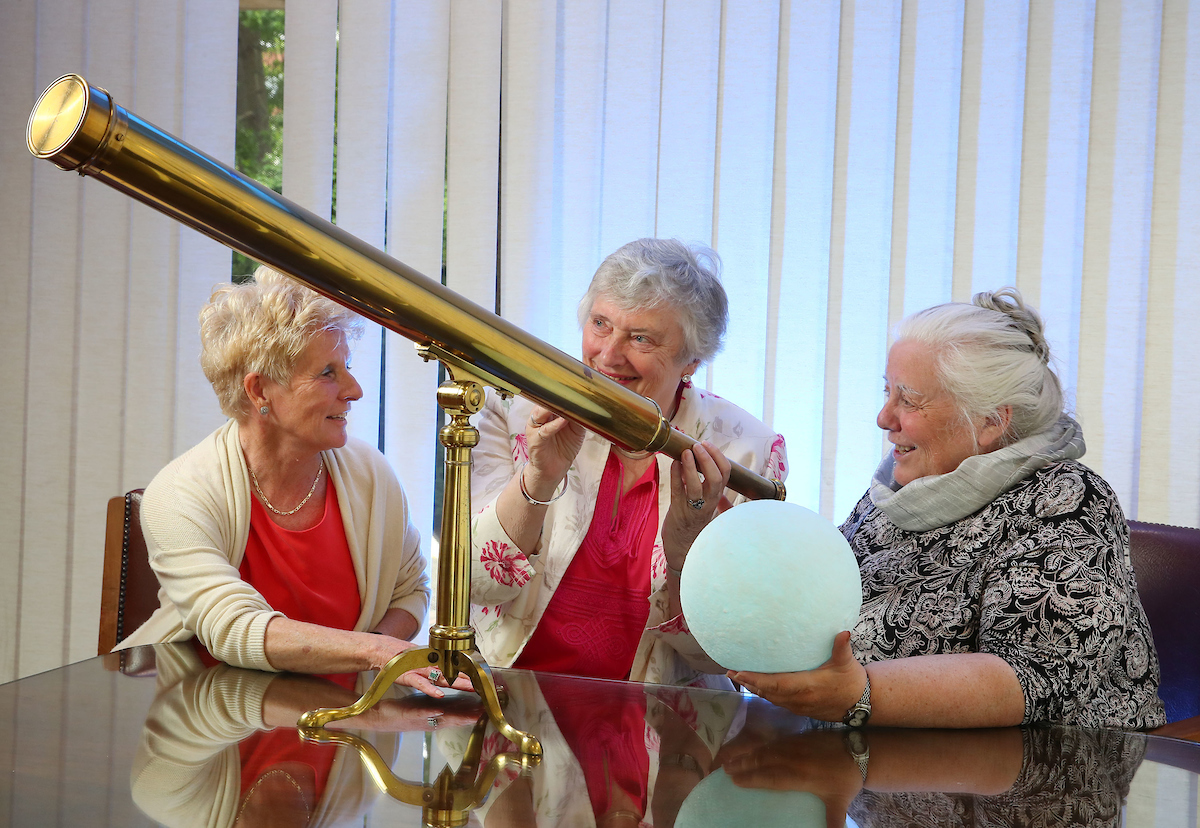 At the event, the contributions of DIAS technicians/scanners Hilary O’Donnell, Emer Kee and Dinah Molloy were formally recognised. All three women worked at DIAS alongside Professor Emeritus, Denis O’Sullivan on lunar samples and space research materials following the Apollo 11 mission in 1969 as well as other Apollo missions in the 1970s.

Their work was commended by CEO and Registrar of DIAS, Dr Eucharia Meehan and Minister of State for Higher Education Mary Mitchell O’Connor, TD, who was also in attendance.

DIAS also welcomed Teresa Lago, Secretary General of the International Astronomical Union and former Board member of the DIAS School of Cosmic Physics to deliver a talk. Her lecture explored Ireland’s long history of association with the International Astronomical Union, as well as the experience of small countries joining the European Southern Observatory and the important role of astronomy education.