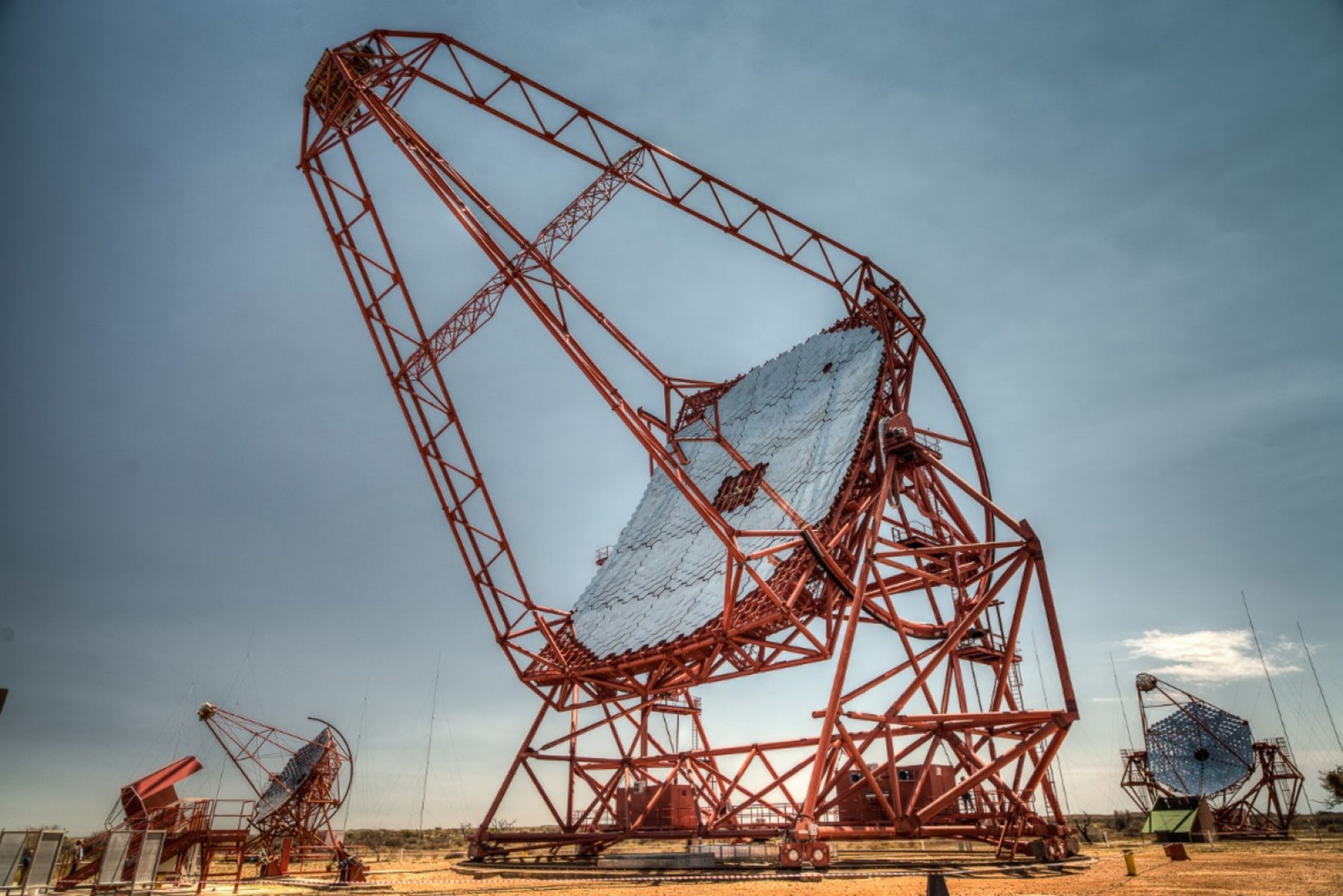 Scientists from the Dublin Institute for Advanced Studies (DIAS) have played a key role in observing the highest-energy gamma-rays ever detected from a gamma-ray burst.

Gamma-ray bursts are caused by massive stars exploding in a distant galaxy, and were first detected by military satellites in the 1970s.  Since then, scientists have hotly contested what causes the hugely energetic light emitted from these explosions.

Now, researchers using the HESS (High Energy Stereoscopic System) telescopes in Namibia have detected the highest energy gamma-rays ever, 10 hours after the gamma-ray burst explosion.  The breakthrough will enable scientists to better understand the physical conditions in the jets of material from the exploding stars that produce gamma-ray bursts.

The findings of the HESS team were published this week in Nature, the world’s leading multidisciplinary science journal.

Professor Felix Aharonian, Director of the Centre for Astroparticle Physics and Astrophysics at DIAS, is one of the founders of the HESS project, and has led DIAS’s involvement in HESS for several years.  He and Dr. Andrew Taylor, a former Schrödinger fellow at DIAS and now a researcher at DESY / Zeuthen (Germany), were key members of the team that wrote the research paper published in Nature this week.

Commenting today (20.11.19), Professor Aharonian said: “This discovery is the culmination of years of work by the HESS team.  In recent years, our focus has been on observing transient events, such as gamma-ray bursts.  Our work has now culminated in this detection.

“Nobody expected to detect such bright gamma-ray emission 10 hours after the burst.  This amazing detection gives us deep insights into the physics of these explosive events.”

Professor Aharonian is now working with DIAS astrophysicists Dr. Davit Zargaryan and Dr. Jonathan Mackey – and colleagues in the Max Planck Institute for Nuclear Physics in Germany – on analysing and interpreting HESS sources.

According to Dr. Jonathan Mackey, the leader of the high-energy astrophysics group at DIAS, there is significant potential for further discoveries through this work.

“The main excitement about the result is that it means that HESS can potentially detect many more bursts than we previously thought, and so the observatory should make a big impact in this field over the next few years,” he said.  “The CT5 telescope of HESS, at 28 metres diameter and with a more sensitive camera newly installed, is the best instrument in the world for detecting very high-energy radiation from gamma-ray bursts.

“Irish scientists are also actively participating in the Cherenkov Telescope Array, the successor telescope to HESS, which is currently in development.  It is encouraging that the Irish Government has recently joined the European Southern Observatory, which will host part of the Cherenkov Telescope Array. We need to see more investment in large research infrastructure projects and collaborations, to give our scientists a platform to be involved in cutting-edge discoveries like this amazing result from HESS.”

The imaging technique used by the HESS telescopes (Atmospheric Cherenkov Telescope technique) was pioneered by Irish scientists, Professor Neil Porter and Professor Trevor Weekes, in Ireland in the 1960s.  Professor Weekes led the team that made the first successful detection of the Crab Nebula using this technique in 1989.

As the world’s second, and Ireland’s only, Institute for Advanced Studies, DIAS is a globally embedded institution that attracts scholars and academics from around the world.  It conducts and publishes advanced research across three areas: Celtic Studies, Theoretical Physics and Cosmic Physics (encompassing Astronomy, Astrophysics and Geophysics).  DIAS also leads Ireland’s participation in a number of international research endeavours that focus on big unanswered questions for mankind.    Further information is available at www.dias.ie.

HESS is one of the leading observatories studying very high energy (VHE) gamma-ray astrophysics.  The name HESS stands for High Energy Stereoscopic System, and is also intended to pay homage to Victor Hess, who received the Nobel Prize in Physics in 1936 for his discovery of cosmic radiation. HESS is located in Namibia, near the Gamsberg mountain, an area well-known for its excellent optical quality.

The HESS telescopes allow scientists to explore gamma-ray sources with intensities at a level of a few thousandths of the flux of the Crab nebula (the brightest steady source of gamma rays in the sky).  The first of the four telescopes of Phase I of the HESS project went into operation in summer 2002; all four were operational in December 2003, and were officially inaugurated on September 28, 2004.  A much larger fifth telescope, HESS II, is operational since July 2012, extending the energy coverage towards lower energies and further improving sensitivity. The HESS observatory is operated by a collaboration of more than 260 scientists from approximately 40 scientific institutions and 13 different countries, including Ireland.  Further information is available at: https://www.mpi-hd.mpg.de/hfm/HESS/pages/about/.