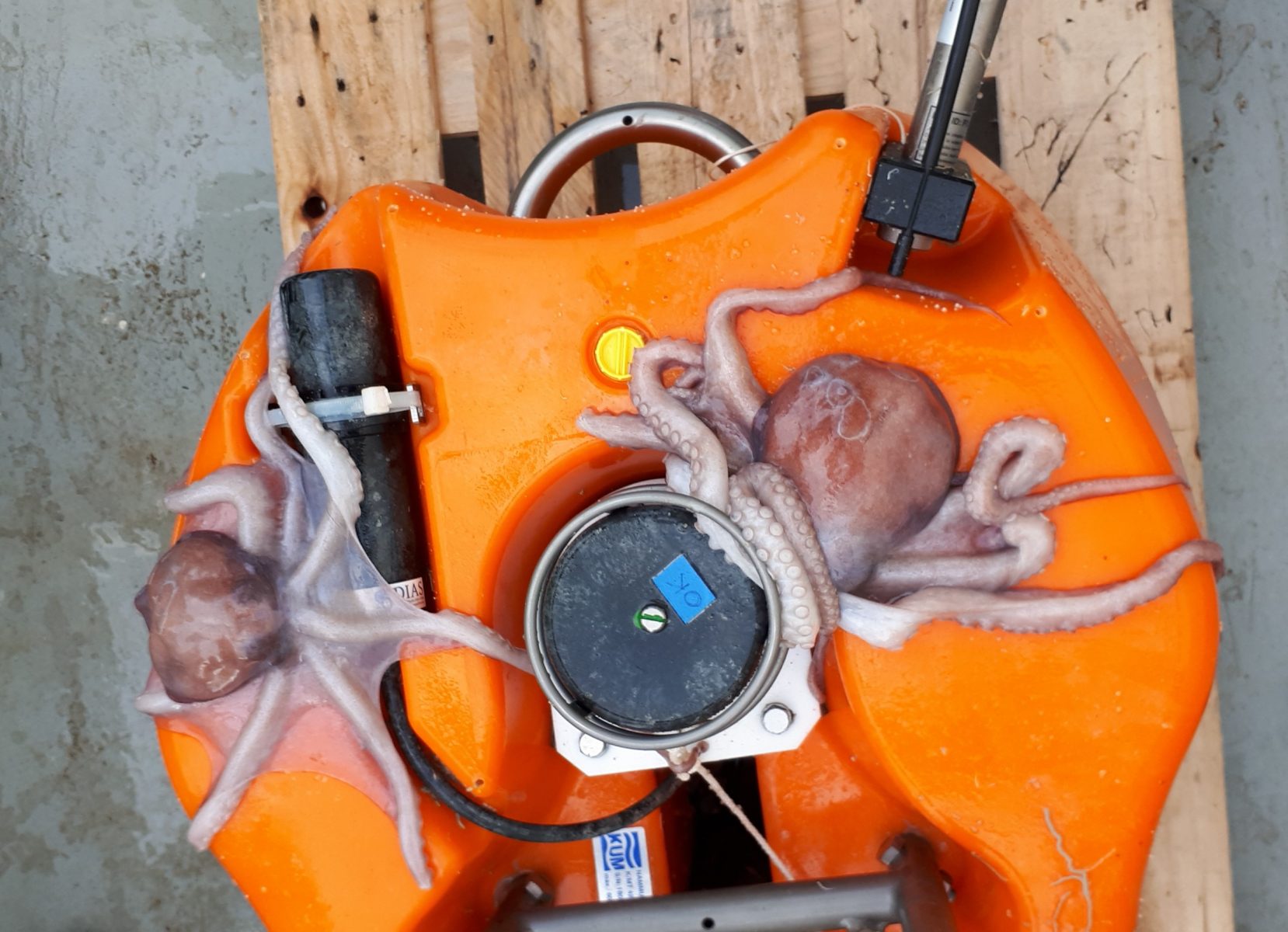 Unique ocean-bottom recordings of North Atlantic earthquakes and the songs of great baleen whales offshore Ireland have been obtained thanks to one of the boldest deep-ocean research projects ever undertaken in Europe.

The SEA-SEIS project, led by scientists from the Dublin Institute for Advanced Studies (DIAS), deployed a network of state-of-the-art ocean bottom seismometers across the Irish offshore area, to the west of Ireland, in 2018.

An expedition to retrieve the seismometers returned to Galway Port Tuesday evening (12.05.2020).

The expedition was comprised of six scientists and a small crew, who spent the last three weeks on board the RV Celtic Explorer. New insights into earthquakes off the Irish coast, the potential for enhanced tsunami warning systems, and the migration patterns of North Atlantic whales are among the topics on which key information was retrieved.

Commenting on their return, Dr. Sergei Lebedev, a seismologist at DIAS and the leader of the SEA-SEIS project, said: “The SEA-SEIS scientists joined the ship with a skeleton crew three weeks ago in an effort to recover this sophisticated equipment that is currently on the sea floor, and the valuable scientific data that has been recorded.

“When the seismometers were deployed in 2018, they were programmed to run until this time. This meant that the expedition was time-critical: if we didn’t retrieve the equipment in the past weeks, we risked losing the valuable seismometers – and the even more valuable data they have collected.”

Eighteen seismometers were deployed in 2018, across an area spanning over 1,500 kilometres from North to South and over 1,000 kilometres from East to West, with some sensors placed in the UK and Iceland’s waters, as well as in Ireland’s offshore territory.

Dr. Lebedev continued: “Our mission with this expedition was to retrieve these hugely valuable seismometers and the unique data they have recorded. The instruments have flashing-light beacons and radio beacons but the most reliable way to spot a seismometer bobbing at the surface of the ocean has been by their bright orange flags. We went west from Galway to the stations within the underwater Rockall Trough first, then made our way North along the western coast, retrieving the seismometers as we went, heading towards Iceland and the mid-ocean ridge and circling back around to Galway after three weeks at sea.”

Recordings of earthquakes and the songs of the great whales
Dr. Lebedev said the data captured by the seismometers over the past 19 months will shed light on the nature, occurrence, and frequency of earthquakes off our coast, and is fundamental to our understanding of them.

“The seismometers have waterproof memory sticks with recordings of earthquakes off the coast of Ireland. To date, these have been poorly understood, but we know they are generally larger than the ones Ireland has onshore. The new data will give us much greater insights into earthquake mechanisms and, also, into the structure of the Earth’s interior.

“The capturing of information on the life and movements of the great baleen whales of the North Atlantic is also important in terms of understanding the lives of these creatures and the dangers they face. The instruments have made continuous recordings from the last 19 months of the songs of the great baleen whales, including the Blue, Fin, Humpback and North Atlantic Right whales. These unique recordings will build our understanding of the migration patterns of the Earth’s largest animals and their acoustic environment, known to be crucially important for them.”

“The SEA-SEIS project aims to uncover new insights about this territory. It is the first project ever to deploy a network of seismometers across such a large area of the North Atlantic. The results of the expedition will play a crucial role in furthering our understanding of the structure, evolution, and seismicity of Ireland’s offshore territory.”

Engagement with schools
The ocean bottom seismometers collected will be familiar to many secondary-school students throughout Ireland. Before the seismometers were deployed in 2018, DIAS ran a competition inviting students to name each one. As a result, the seismometers placed across the North Atlantic seabed bear names ranging from ‘The Dude’ to ‘Gráinne’, ‘Luigi’ and ‘The Loch Ness Mometer’.

When the seismometers were deployed back in 2018, the team provided video links from the ship, so school students could watch as the seismometers they named entered the depths of the Atlantic Ocean.

During the retrieval expedition, the research team on board hosted live video links with school classes from St Francis National School in Wicklow. St Joseph’s College in Tipperary, and a school in Calabria, Italy. People at home could also track the journey of the RV Celtic Explorer and the retrieval of the seismometers through social media and blogs from the research team.

The SEA-SEIS project is co-funded by Science Foundation Ireland, Geological Survey Ireland, and the Marine Institute.

The ocean-bottom seismometers used for the SEA-SEIS project were provided by iMARL, the “Insitu Marine Laboratory for Geosystems Research”, which is hosted by DIAS.

The RV Celtic Explorer is run by the Marine Institute.