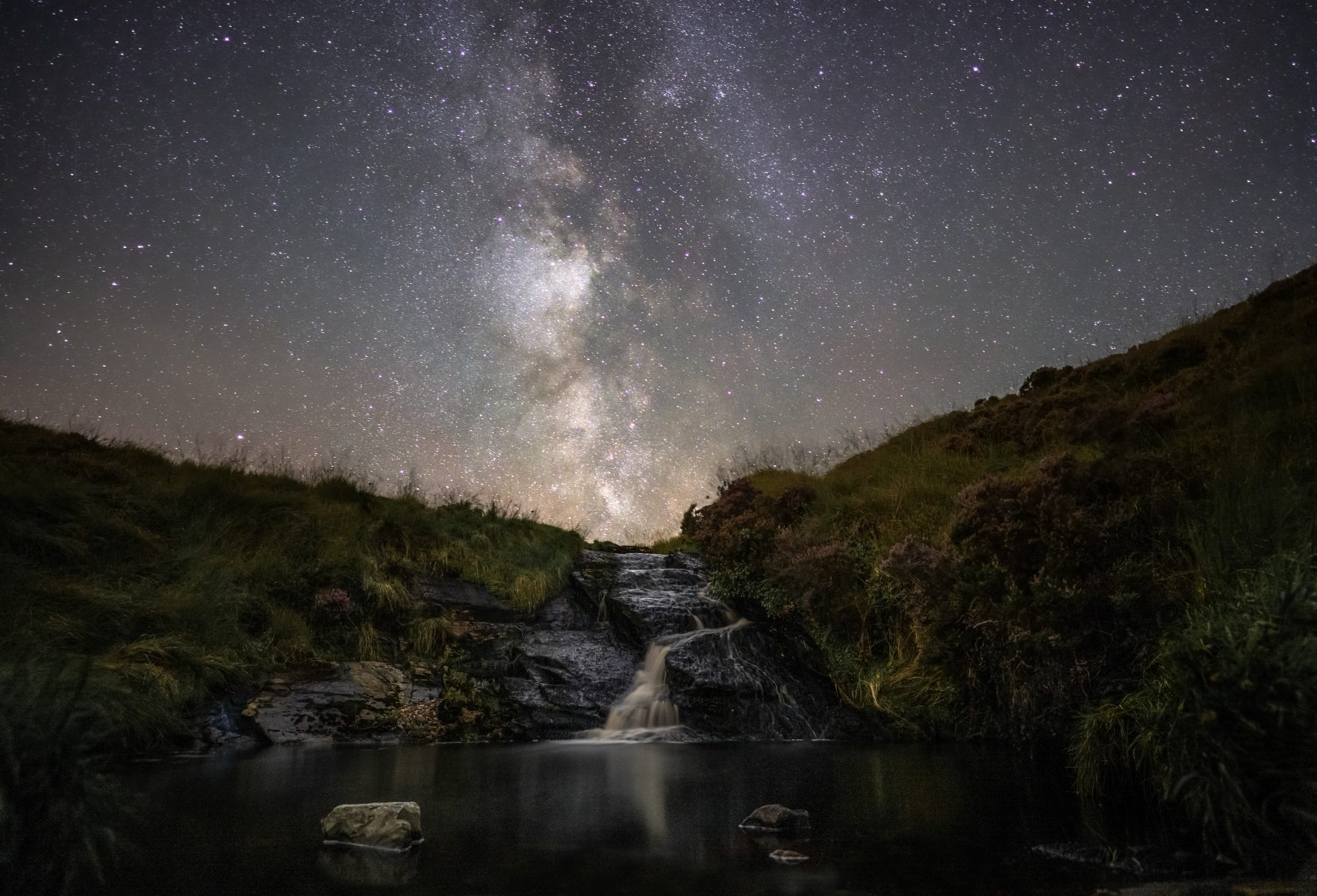 Josh Mathews from Shanbolard, Moyard, Co. Galway has been announced as the winner of the inaugural ‘Reach for the Stars’ astrophotography competition, run by the Dublin Institute for Advanced Studies.

His winning photo, ‘To the Waters and the Wild’, depicts the night sky over Crocnaraw on the Connemara coast in Co. Galway. Mr. Mathews, a PhD student at UCD, was selected as the winner by an expert judging panel following a rigorous judging process of over 180 entries.

Feedback from the Judges
Commenting on the winner, Professor Peter Gallagher, Head of Astrophysics at DIAS and a member of the judging panel for ‘Reach for the Stars’, said: The standard of entries to the competition was excellent, and the judging panel had a very difficult job making our final selection. Josh’s image captures a beautiful starry night sky against a striking Irish landscape. It is such a dramatic image – there is almost something mystical about it. It also showcases his obvious talent as an astrophotographer.”

Brenda Fitzsimons, Picture Editor of The Irish Times and a member of the judging panel, said: “I’m simply in awe of the talent, perseverance and technical ability applied to accomplish these wonderful images. Josh’s photograph is not only astonishingly beautiful and a well-balanced image, but also perfectly executed. It is evident that this photographer has immense technical knowledge and patience. It’s also clear that he conducted both day and night-time reconnaissance, researched the location and is familiar with shooting the night sky.”

“It was fantastic to see people’s creativity in capturing beautiful Irish landscapes whilst also showcasing astronomical features to stunning effect,” she said. “From Neolithic tombs to beaches and urban parks, there were entries from all corners of the country. It was also great to see such variety in the range of skill and creativity – from professional photographers and seasoned astronomers to people with an interest in astronomy or photography just as a hobby. The competition certainly captured people’s imaginations, which is what it was all about.”

Speaking about the entries overall, John Flannery, Vice-President of the Irish Astronomical Society and member of the judging panel, added: “I was blown away by the entries to the competition – the level of skill, imagination and creativity shown. Many of the images captured very complex astronomical features that are extremely difficult to photograph, and require great skill and patience. It is great to see such interest in astronomy from both amateur and experienced photographers and astronomers across the country.”

DIAS as a leader in astronomy
Commenting on the success of the competition, Dr. Eucharia Meehan, CEO and Registrar of DIAS said: “I would like to congratulate the winners of the competition on their achievements, and thank them and indeed all entrants for sharing their creativity with us.

“This competition builds on DIAS’s – and Ireland’s – proud astronomical heritage. DIAS Dunsink Observatory is one of Ireland’s most important scientific sites and has been recognised by the European Physical Society as a ‘site of historical significance’. We are delighted that Josh, as the winner of this competition, will have a once-in-a-lifetime chance to visit the observatory and see some of the unique equipment housed there. We look forward to welcoming him as soon as public health restrictions allow.”

DIAS’s ‘Reach for the Stars’ competition is being run in partnership with The Irish Times and is sponsored by Alice PR & Events. The Irish Astronomical Society are initiative supporters.

A selection of the judges’ top-rated images in the ‘Reach for the Stars’ competition is now available to view in an online exhibition on the DIAS website, www.dias.ie. An outdoor exhibition at DIAS’s premises on Burlington Road is planned for the coming weeks, followed – later in the summer – by an exhibition at DIAS Dunsink Observatory.