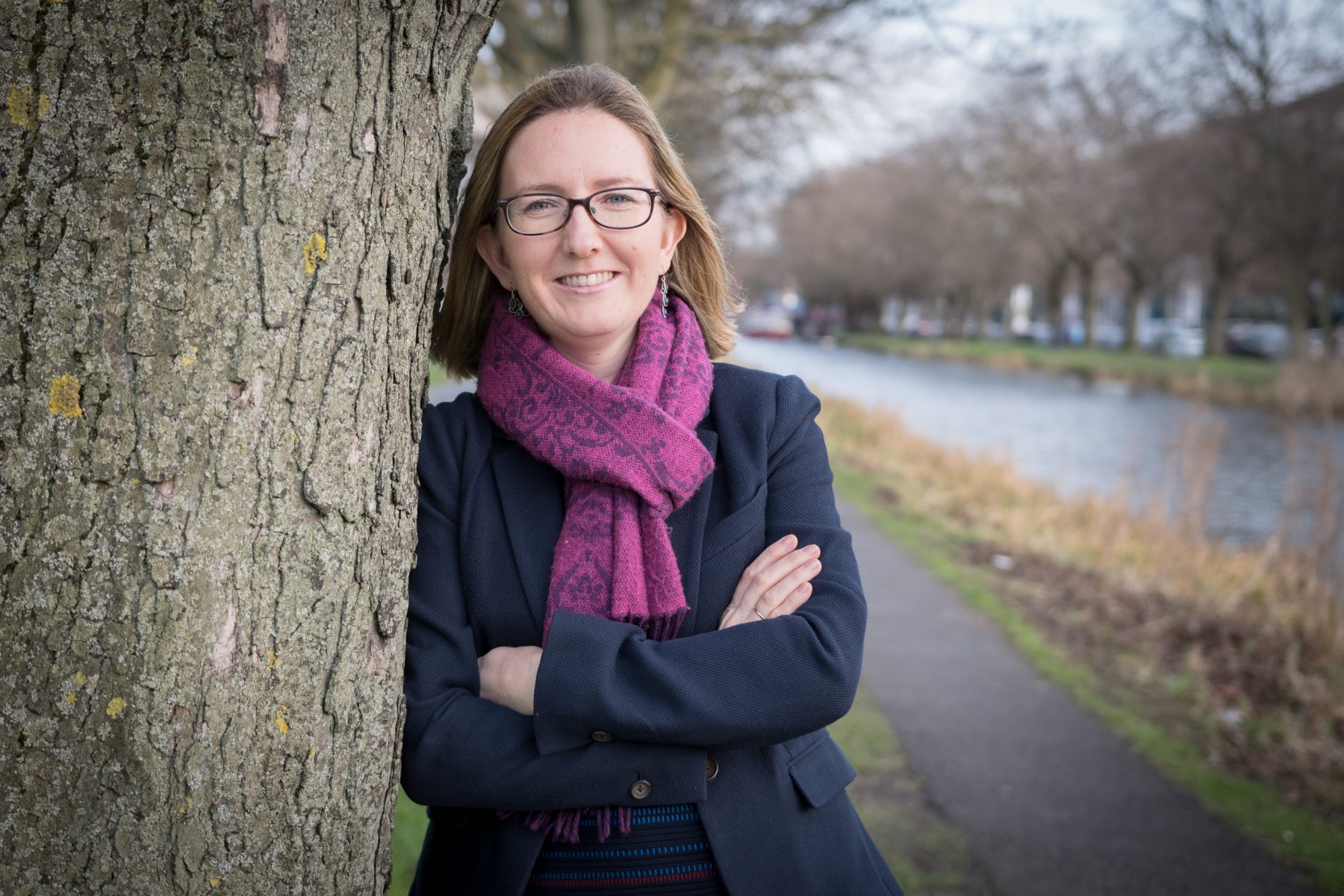 (11.10.2021) Professor Caitriona Jackman has been appointed to the role of senior professor at the Dublin Institute for Advanced Studies (DIAS).  She is the first female senior professor of physics in the 81-year history of the Institute.

Taking up the role as senior Professor at DIAS’s School of Cosmic Physics, Prof. Jackman will lead a research group on planetary magnetospheres – the magnetic bubbles that surround magnetised planets.

Prof. Jackman studied and worked in the UK for 17 years, having completed her PhD in Space Physics at the University of Leicester and held research positions at Imperial College London, University College London and the University of Southampton. She returned to Ireland in 2019 to take up a prestigious President of Ireland Future Research Leaders Award from Science Foundation Ireland.

Her position is one of a number of posts – specifically for women – funded under the Senior Academic Leadership Initiative (SALI), which aims to address the gender imbalance at senior academic level in higher education in Ireland. The Initiative is funded by the Department of Further and Higher Education, Research, Innovation and Science and managed by the Higher Education Authority.

Welcoming the appointment, Minister for Further and Higher Education, Research, Innovation and Science, Simon Harris TD, said: “I am delighted with the appointment of Prof. Jackman to the role of senior professor at DIAS. We know there is work to be done in ensuring gender equality within the research and higher education sector and initiatives like SALI aim to address these issues. It is important for the country that our leadership – including in the higher education sector – is reflective of the values of modern Ireland and our commitment to gender equality.”

Commenting on her appointment, Prof. Jackman said: “It is a privilege to take up the position of senior Professor at the DIAS School of Cosmic Physics, and to be the first ever female senior professor in the institute. My research has brought me all around the world, and I am delighted to be based now at a leading Institution in Ireland, and continue my work here. I look forward to growing and developing my team, based at the DIAS Dunsink Observatory, and leading new research in space physics.”

Dr. Eucharia Meehan, CEO and Registrar of DIAS, said: “I would like to congratulate Caitriona on her appointment to the role of senior professor. This is a historic appointment for DIAS, with Caitriona being the first female senior professor of physics ever at the Institute. Many talented women have worked at DIAS down through the years, but none of them were appointed to the level of professor – and we are delighted that that has finally changed. We hope that many others will follow in Caitriona’s footsteps.

“We know that women are not sufficiently represented in senior academic roles, so initiatives, like SALI are of vital importance to ensure that this changes. We are delighted that DIAS was selected to receive SALI funding and be in a position to appoint a new female senior professor, like Prof. Jackman, who is at the forefront of research in her field. With her vast experience, and track-record I have no doubt that she is a huge asset to the School of Cosmic Physics, and will help advance Ireland’s and DIAS’ reputation at home, and as a global leader in space research.”