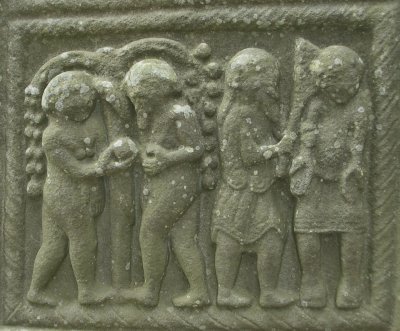 In 1883 Whitley Stokes published an edition without translation of the Middle Irish biblical poem Saltair na Rann from MS Rawlinson B 502[1] in the Bodleian Library, Oxford (Anecdota Oxoniensia. Mediæval and Modern Series Vol. I, Part III). During the 1970s Professor David Greene conducted a seminar on this text at the Dublin Institute for Advanced Studies. As a result, he published with Fergus Kelly an edition and translation of The Irish Adam and Eve story from Saltair na Rann (lines 833–2240) in 1976. This was accompanied by a volume of commentary by Brian O. Murdoch, published in the same year. Both volumes are currently in print.

Professor Greene intended to produce an edition and translation of the entire Saltair, accompanied by linguistic analysis and commentary on the subject-matter, but his death in 1981 put a halt to this project. In his weekly seminar he had covered about half the text, but he had established a provisional text and translation of the entire work, which was typed out by the Librarian Clerk, the late Peggy Walsh. He had inserted various hand-written notes and corrections on her typescript.

Since his death many scholars have come to the Institute to consult Greene’s text and translation. As there is no immediate prospect of a new edition in book form of the entire Saltair it seemed to be of benefit to reproduce Greene’s typescript on the website exactly as he left it. The published text and translation of lines 833–2240 have also been reproduced for the sake of completeness. The School would be most grateful for any suggestions relating to the provisional text and translation, which might be used (with due acknowledgement) in a future edition.

This work has been carried out by Sandra Carrick with the assistance of the School of Celtic Studies computer consultants Gavin McCullagh and Andrew McCarthy. The images were scanned on an Ubuntu Linux workstation, and post-processed using the ImageMagick suite before being assembled into PDFs using gscan2pdf.

[1]. For a discussion of this manuscript, see Brian Ó Cuív, Catalogue of Irish language manuscripts in the Bodleian Library at Oxford and Oxford College Libraries (Dublin Institute for Advanced Studies 2001) 163–200.

Although this online edition is available free of charge, copyright (as detailed below) is retained in its entirety by the publisher. You may, of course, print out the downloaded copy for personal use.

Copyright in the whole and every part of this publication belongs to the Dublin Institute for Advanced Studies (School of Celtic Studies), and they may not be used, sold, licensed, transferred, copied, rented or reproduced in whole or in part in any manner or form or in or on any medium by any person other than with the prior written consent of the publisher.

These publications are in PDF format. You will need a viewer, such as Adobe Acrobat Reader, to view them.