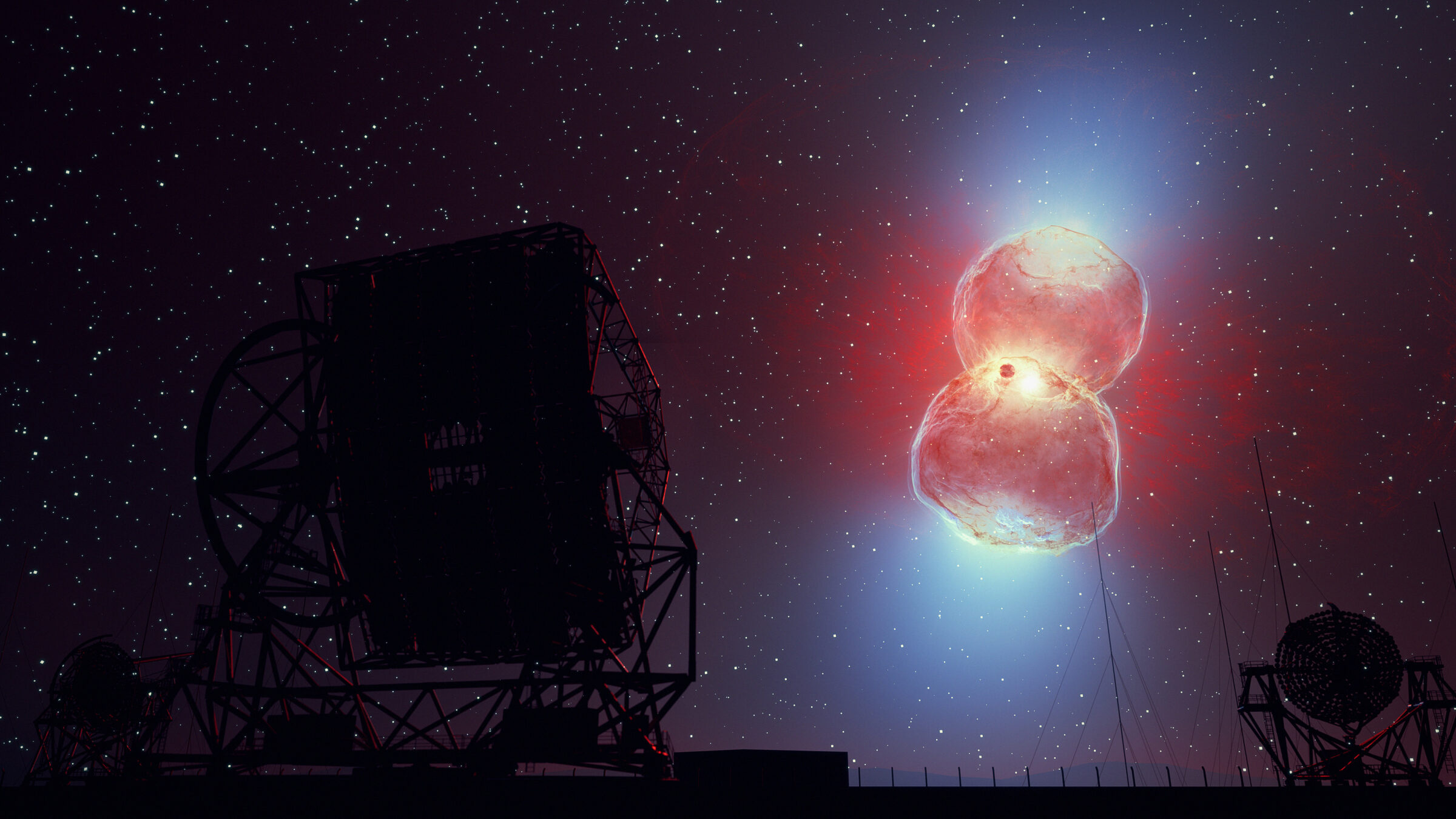 Publications: from the Astrophysics Data System

Our research group is focused on computational and high-energy astrophysics of massive stars, including their evolution and explosion. Group members are engaged in theoretical calculations and computer simulations of nebulae around massive stars, to understand how stars evolve and impact the surrounding interstellar space. We also work with observations across the electromagnetic spectrum, including interferometric radio observations from LOFAR and the VLA, and we are members of the H.E.S.S. collaboration, measuring the highest energy gamma rays arriving on Earth. Combining computer simulations with observations can give new insights and constraints into the physics of stars and particle acceleration. We are also leading some “citizen science” projects at DIAS Dunsink Observatory and contributing strongly to the education and public engagement activities.

Modelling nebulae produced by the evolution and explosion of massive stars requires computer simulations because the non-linear fluid-dynamics equations cannot be solved analytically, and it takes hundreds of thousands of years for stars to evolve in real time. We can only see a small snapshot of evolution with telescopes/satellites, but with simulations we can model wind-driven nebulae for the whole lifetime of the star. We use both our in-house software PION and other fluid-dynamics and stellar-evolution packages for our research.Detailed calculations require High Performance Computing (HPC) infrastructure because simulations would take months to run on a regular laptop/PC, but with supercomputers they only take a few days. This allows us to run many simulations and explore the effects of different parameters and different physical processes. The Irish Centre for High-End Computing (ICHEC) operates the national HPC infrastructure for researchers to run their models/simulations, and we are using their main supercomputer Kay for our latest generation of 3D simulations.

Observations of Massive Stars, H.E.S.S. and the non-thermal Universe

Massive OB-type stars that have escaped their formation region plough their way through the interstellar medium with very high velocities (more than 30 km/s) and their strong winds (more than 1000 km/s) displace surrounding interstellar gas. This interaction compresses the interstellar matter into a bow-shaped shock wrapped around the star in its direction of motion, often observed in the infrared part of the electromagnetic spectrum, produced by glowing dust grains. The wind termination-shock can accelerate some of the wind ions and electrons up to relativistic speeds, and so the sources should emit both thermal and non-thermal emission. This non-thermal radiation has been detected in radio waves (Benaglia et al, 2010) with the Very Large Array (VLA, see image). We are using the VLA and LOFAR to observe and characterise these sources in combination with computer simulations.

Large clusters of massive stars, by contrast, are well-known non-thermal emitters in X-rays and gamma-rays, and supernova remnants (debris from exploding stars) are known to be major production sites of high-energy cosmic rays in our Galaxy. The H.E.S.S. telescopes in Namibia and the FERMI Gamma-ray Space Telescope (see figures) have produced the most detailed maps of the high-energy Universe. Our group is part of the HESS collaboration and we are actively contributing to the analysis of the data on Galactic sources, to better understand the role of massive stars and their winds in particle acceleration. We also study Active Galactic Nuclei across the whole electromagnetic spectrum.