Safe Haven: DIAS and the WWII immigrants who helped shape it 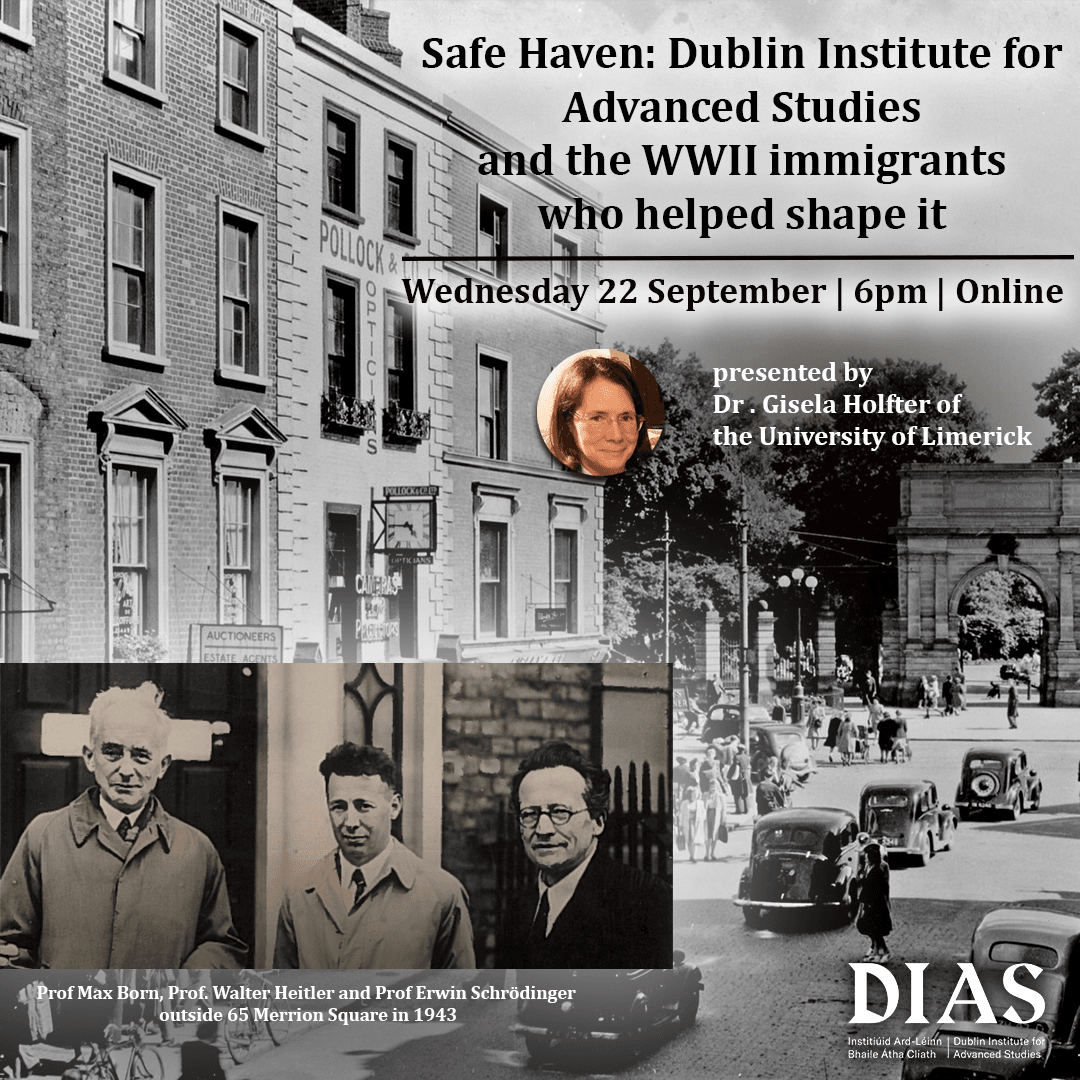 As part the Dublin Festival of History, the Dublin Institute for Advanced Studies presents a talk on some of its notable first researchers.

Immigrants and refugees coming to Ireland are not – or not only – a recent phenomenon, though very often there is no awareness who came and had an impact before the 21st century. This talk will focus on German-speaking refugees who came to Ireland to escape Hitler and specifically the academics among them. Several of them helped to shape the Dublin Institute for Advanced Studies. What were their backgrounds, how did they come to Dublin and what did they contribute? Building on research that led to the publication of An Irish Sanctuary: German-speaking refugees in Ireland 1933-1945 (Berlin/Boston: de Gruyter 2017, paperback 2018) these questions will be answered and contextualised.