DIAS is a member of the H.E.S.S. (High Energy Stereoscopic System) collaboration which operates a system of imaging atmospheric cherenkov telescopes in Namibia. Current members of the HESS team working in DIAS are Prof. Luke Drury and Prof. Felix Aharonian.

The HESS collaboration, which is a consortium of over twenty Institutions in six European Countries including DIAS, is one of the three winners of the 2007 1MEuro Descartes Prize awarded by the European Commission. The Descartes Prize is awarded to teams of researchers who have achieved outstanding scientific and technological results through collaborative research.

Further information on H.E.S.S. is available on your science video channel. 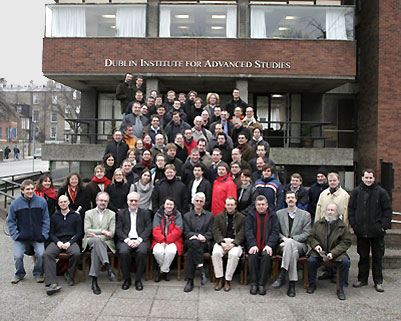