DIAS scientists to explore farthest depths of the Atlantic Ocean 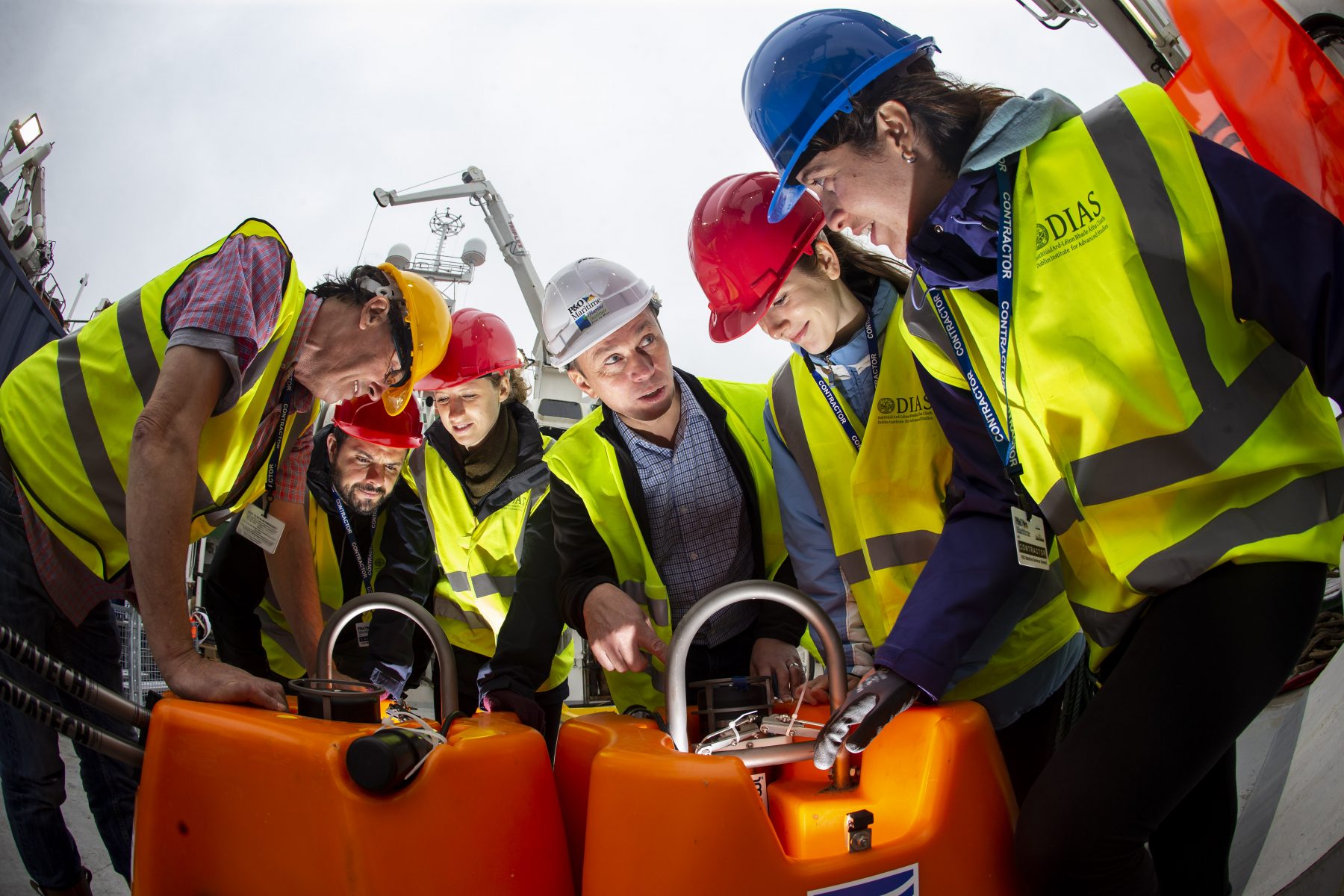 One of the boldest deep-ocean research projects ever to be undertaken in Europe was launched in Cobh, County Cork today (17.09.18).

The SEA-SEIS project, led by Dr. Sergei Lebedev from the Dublin Institute for Advanced Studies (DIAS), will launch and deploy 18 state-of-the-art ocean bottom seismometers to measure movement at the floor of the Atlantic Ocean, hundreds of kilometres off the coast of Ireland.

The network will cover the entire Irish offshore area, with several sensors also being placed in the UK and Iceland’s waters.

The seismometers will be in place for the next two years, where they will collect data and shed light on the nature and history of the vast ocean floor along Ireland’s coast.

The equipment will be deployed on a mission on the RV Celtic Explorer over the next three weeks from today, with the ship returning to dock in Galway on 7th October 2018.

Speaking at today’s launch, Professor Chris Bean, Senior Professor of Geophysics and Director of the DIAS School of Cosmic Physics, said: “The geological evolution of Ireland’s offshore territory is fascinating, but there is still so much of it to be explored.

“As originally discovered by DIAS and collaborators in the late 1980’s, and subsequently confirmed by the Marine Institute/Geological Survey Ireland, Ireland has an ocean territory 10 times larger than its terrestrial landmass.

“There are geological, oceanographic, and biological processes that interact on a daily basis in this vast territory but, until now, have been poorly understood due to a lack of observational equipment. For the first time, through the SEA-SEIS project we will be able to make long-term direct observations of the interactions between our oceans and solid Earth in this region.”

Speaking about the research project, lead researcher, Dr. Sergei Lebedev, DIAS, commented: “Ireland is uniquely suited to this type of deep-sea science, as 90 per cent of the Irish territory is offshore, most of it to the west of Ireland.

“The ocean-bottom sensors will record the tiny vibrations of the Earth caused by seismic waves, generated by earthquakes and by the ocean waves. As the waves propagate through the Earth’s interior on their way to the seismic stations, they accumulate information on the structure of the Earth that they encounter.

“Using this data, the scientists at DIAS can do a 3D scan of the matter beneath the Earth’s surface. We will discover how the structure of the tectonic plates varies and what happens beneath these plates.”

In the leadup to the launch of the SEA-SEIS project, the scientists at DIAS invited suggestions for names for the seismometers from secondary schools across the country.

Each seismometer will have a name, proposed by one of the schools from across Ireland, labelled on them, as they reach the depths of the Atlantic Ocean.

Through ongoing social media output and ship-to-classroom video links, schools will be able to follow the progress of the RV Celtic Explorer and the deployment of the seismometers, over the next three weeks.

This project is made possible using the network of ocean-bottom seismometers which will be provided by iMARL, the “Insitu Marine Laboratory for Geosystems Research” and are hosted by DIAS.