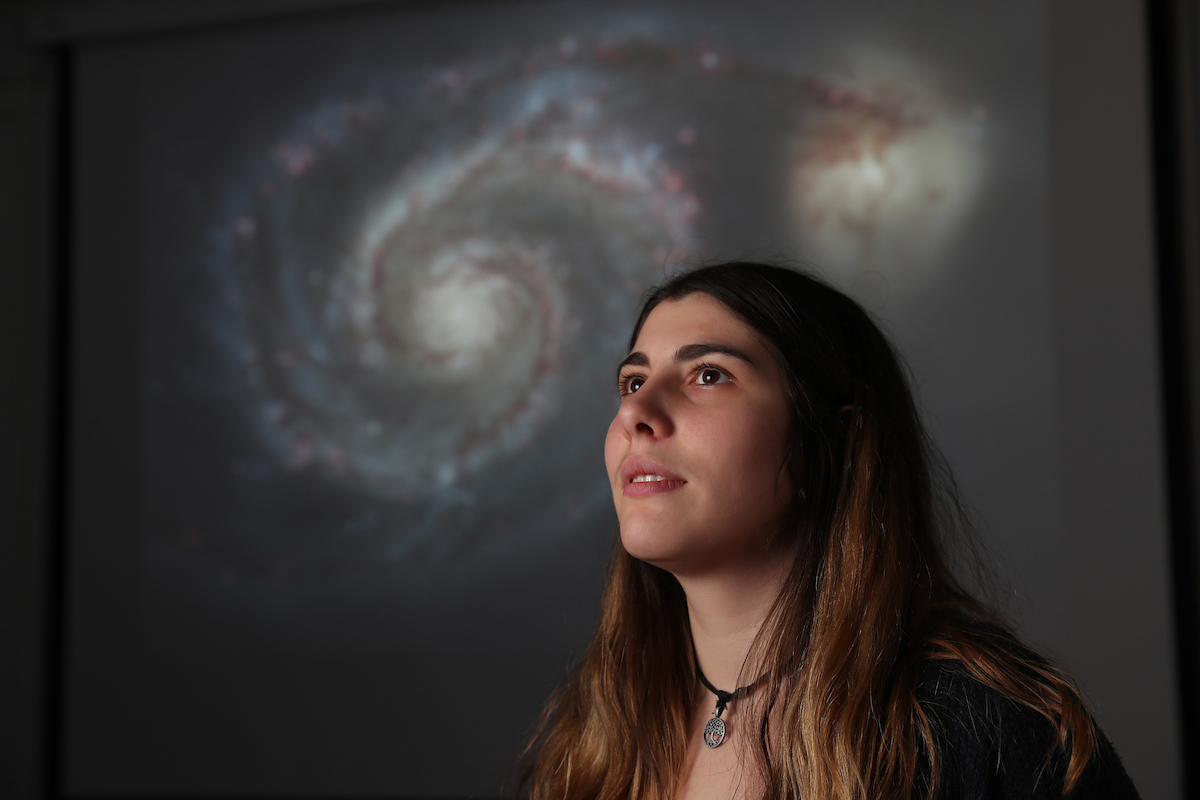 Vacanies: We are delighted to announce that the DIAS Astrophysics Summer Studentship programme is now open, with an application deadline of 23rd April 2021. Read how to apply here.

The Astronomy & Astrophysics Section undertakes research on solar and stellar physics, space weather, planetary science, star formation, the interstellar medium, high energy astrophysics and instrumentation. It has contributed to many international projects and is currently involved in space missions such as Solar Orbiter and the James Webb Space Telescope and ground-based facilities such as LOFAR and the European Southern Observatory. The Section includes approximately 35 researchers based at Fitzwilliam Place in central Dublin. It also runs popular visitor nights and public engagement events at DIAS Dunsink Observatory in west Dublin.

Major areas of interest include:

Meet some of our astrophysicists in the video below and learn about what they get up to as they reach for the stars!

We are delighted to announce that the DIAS Astrophysics Summer Studentship programme is now open! Read how to apply on our website: dias.ie/astro-students… . Application deadline is 23rd April 2021.

Got a minute? - We'd really appreciate your help and insight into some of our activities. Survey takes about 3 minutes and closes tomorrow Friday 02 April. ➡️surveymonkey.com/r/NC92H86 - 🔃RTs encouraged! 🔃Many Thanks! #DIASdiscovers #IAS #survey #insights #comms Retweeted by DIAS Astronomy & Astrophysics

Did you miss the IOP Tyndall Lecture on Monday with @DIASAstronomy's @petertgallagher ? Great news it's now available on YouTube. #DIASdiscovers twitter.com/IOP_Ireland/st… Retweeted by DIAS Astronomy & Astrophysics

Did you catch Head of @DIASAstronomy @petertgallagher on @TodayFM on Monday? DIAS has an ongoing #CitizenScience meteorites project. Have you seen something in the sky? Tell us more: dunsink.dias.ie/citizen-scienc… todayfm.com/podcasts/dermo… #DIASdiscovers #Meteorite #aurora #solar Retweeted by DIAS Astronomy & Astrophysics

We are collaborators with @MetEireann and @DIASAstronomy in 'Space Weather' research and we are recording natural magnetic and electric field variations in County Kerry to assist this exciting research. #DIASdiscovers #worldmetday Retweeted by DIAS Astronomy & Astrophysics

Have you ever wondered are alone in the Universe? 👽🛸 Join our #SpringEquinox chat w Dr Andrew Siemion leading the effort to ans that q @BerkeleySETI Learn about collab w Irish researchers to search for life beyond Earth FREE & suitable for all Info & tix lofar.ie/springequinox2… Retweeted by DIAS Astronomy & Astrophysics

@Ollopa Hi! please find the unroll here: Happy International Women's Day from all of us in DIAS Astrophysics.… threadreaderapp.com/thread/1368900… Share this if you think it's interesting. 🤖 Retweeted by DIAS Astronomy & Astrophysics

Aoife Ryan @aoife_m_ryan is a DIAS/TCD PhD student using LOFAR to study the structure of the solar corona dias.ie/2018/10/25/ast…

Eileen Flood @EileenFloodRyan is a Technical Officer, proving technical support for researchers and students in the Astrophysics Section.

Ciara Maguire @ciara_a_maguire is a PhD Student at DIAS/TCD using LOFAR to study solar radio bursts and shocks in the solar corona dias.ie/2018/12/14/cia…

Dr Alexandra Fogg studios the solar wind and how it interacts with the Earth's magnetosphere and ionosphere dias.ie/2021/01/15/ast…