Biographical Sketch: Colin Hogg graduated from UCD in 2004 after studying geophysics and continued in UCD until 2006 for post-graduate research in environmental physics. Following that he completed a Post-Graduate Diploma in Education (Maths, Science and Physics) at Maynooth University. During these years several internships brought him to Scripps Institution of Oceanography. In 2007, Colin joined the Geophysics Section of DIAS where he has been involved in research projects that have led him to work from Southern Africa to the Arctic and plenty of places in between.

My general duties and responsibilities at DIAS comprise all aspects of magnetotelluric (MT) fieldwork, ranging from instrument preparation, logistics, survey design, data collection, analysis modelling and presentation of results. More recently I’ve been involved in seismic related fieldwork including data analysis from the Irish National Seismic Network  and I participate in field campaigns onshore and also the deployment of Ocean Bottom seismometers (OBS’s) in the North-West Atlantic as part of the Geophysics Section’s ongoing research.

(1) Geophysical imaging of the hydrothermal system beneath the Furnas caldera, Sao Miguel, Azores. This project, in collaboration with geophysicists at the Institute des Sciences de la Terre (ISterre) Grenoble, France and the University of Azores, aims to investigate the subsurface structure beneath the caldera at Furnas using audio-magnetotelluric (AMT) and electrical resistivity tomography (ERT) techniques.

(2) Space Weather research. I’m actively involved with the development of a space weather warning system with colleagues in the Physics Department of Trinity College Dublin. A network of magnetic and magnetotelluric observatories has been developed across Ireland in recent years, providing a near real-time indicator of the condition of our geomagnetic field. Solar storms can seriously disturb our geomagnetic field causing beautiful aurora but also increases the risk of damage to our electrical grids. See our recent data here. (http://www.rosseobservatory.ie/data/geomag)

Was there today! Great to see the iconic hurler on the moon photograph with @hogg82 from @dias_geophysics featured twitter.com/rtenews/status… Retweeted by DIAS Geophysics

Attending #vEGU21 #EGU21 this year? Want an interesting way to share your science? Let me Lego-fy it for you! I'm one of the @EuroGeosciences Artists in Residence and I want to turn your abstract into a Lego scene! Here's some I did last year! DM me if you're interested! 🧱😁 Retweeted by DIAS Geophysics

A nice new collection of work on volcanic, earthquake, and landslide hazards from the nature group. Lots of interesting stuff here, including our recent paper on Sierra Negra with @GeosciencesEd, @volcano_dr, @IGecuador, @dias_geophysics, et al. twitter.com/NatureComms/st… Retweeted by DIAS Geophysics

A new #volcanic #fissure opened up yesterday noon, NE of Geldingadalir, where an #eruption has been ongoing since 19 March. #Magma is flowing at a rather fast pace from the ~200m long fissure to Merardalir valley #EUROVOLC #volcanichazard #volcanicrisk Retweeted by DIAS Geophysics

Which mechanisms drive the triggering of volcanic unrest? What role does changes in volcanic materials play? Novel ground motion measurements can help answer these questions. And so can you, in a @SPIN_itn PhD project at @dias_geophysics! Apply now: spin-itn.eu/esr41 Retweeted by DIAS Geophysics

Our 1st speaker of the April 8th #ShakeMeetup is @seismotom! Thomas Lecocq is a #Seismologist at the Royal Observatory of Belgium who created the open source code to study the global decrease in seismic noise due to the past lockdown. ➡️ buff.ly/3vXYS4n Retweeted by DIAS Geophysics

This is 1 year ago. That idea, on April Fools' Day... Less than 4 month later, the 76-author article was published online! What a year, damn 2020. The worst and the best! Science, our way! Sharing knowledge, codes, data... is THE way. I'm a f* open-scientist! Thanks to you all!❤ twitter.com/seismotom/stat… Retweeted by DIAS Geophysics

How is Tomorrow's Cities working to engage different stakeholders? How has the Covid-19 pandemic impacted our ability to engage? And what are we learning about what works and what doesn’t? Read this blog to see our MEL team's analysis: tomorrowscities.org/stakeholder-en… 📸@SIAS_Southasia Retweeted by DIAS Geophysics 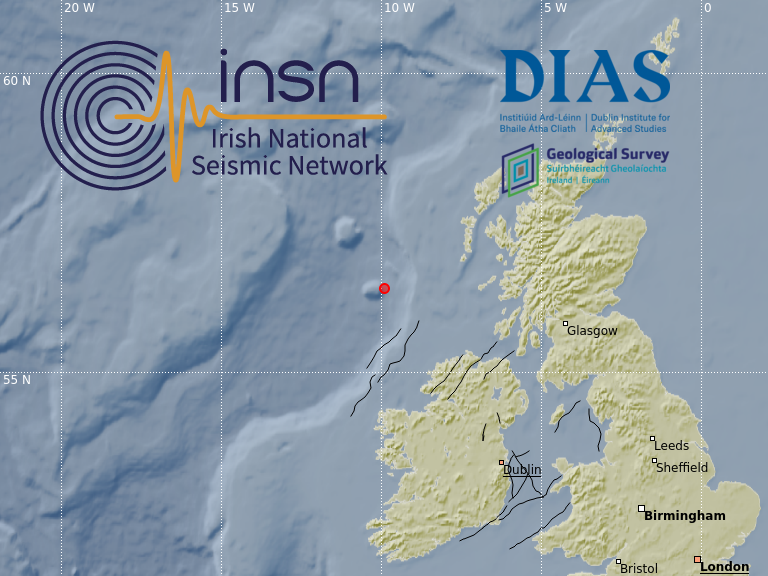 Time to get out your camera or phone, and look up to the heavens and see what you can capture 📸 Closing date for the @DIAS_Dublin Reach for the Stars competition is 2nd April. alicepr.com/featured/final… Retweeted by DIAS Geophysics

Did you miss the IOP Tyndall Lecture on Monday with @DIASAstronomy's @petertgallagher ? Great news it's now available on YouTube. #DIASdiscovers twitter.com/IOP_Ireland/st… Retweeted by DIAS Geophysics

Activity is gradually increasing at #Etna's Southeast Crater, building up toward the 16th paroxysmal eruptive episode in little more than five weeks. Loud detonations audible in the southern sector of the volcano. View is from home in Tremestieri Etneo Retweeted by DIAS Geophysics

#WorldMetDay is 23 March. The #Ocean, our #climate and #weather. The ocean drives climate and weather. It absorbs around 90% of excess heat trapped by C02. #ClimateChange makes it more vulnerable and hazardous. #OceanDecade Resources at bit.ly/2OTifKU Retweeted by DIAS Geophysics