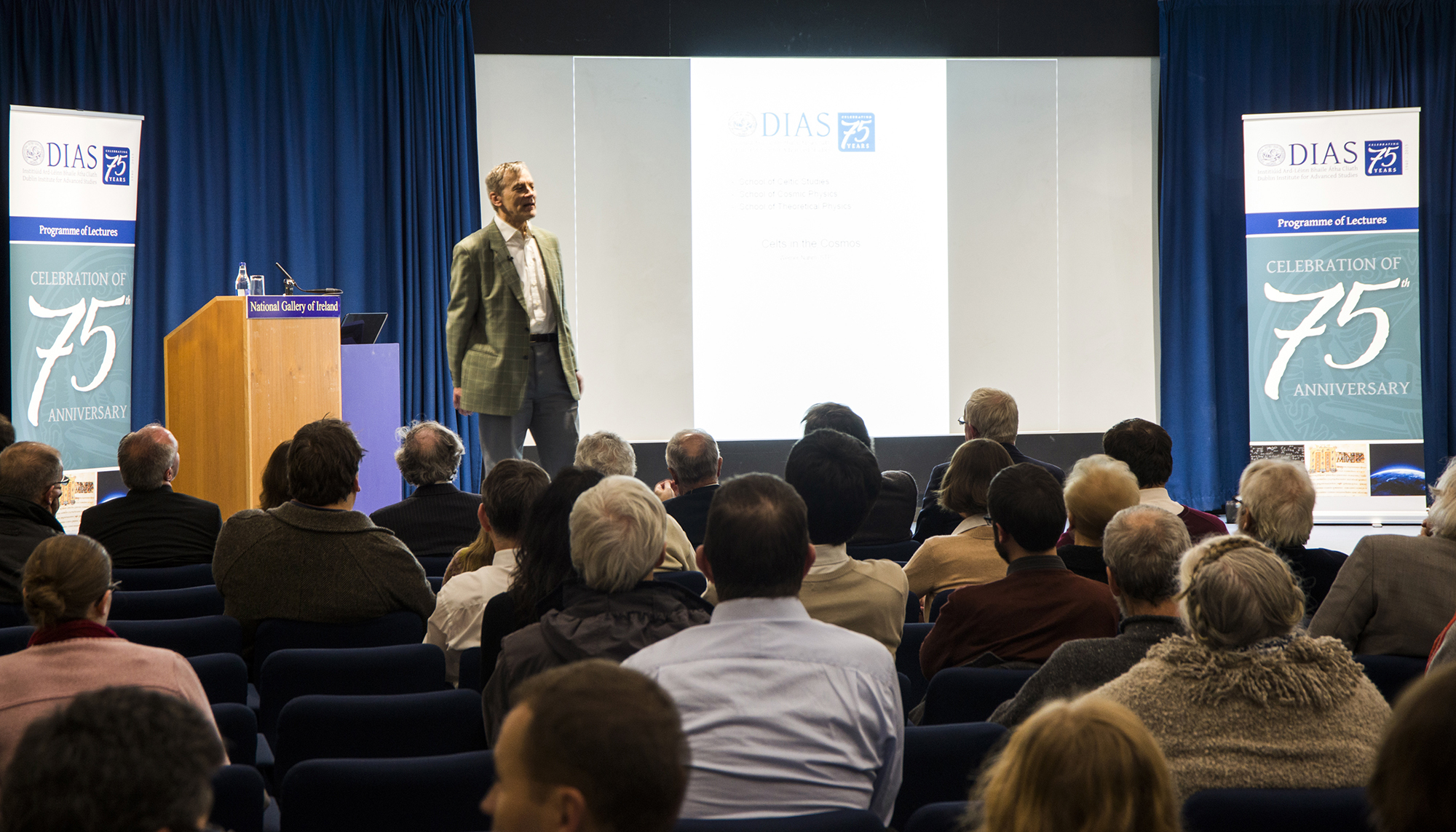 This was part of a programme of special lectures celebrating the 75th Anniversary of the Foundation of DIAS.

For 75 years DIAS has been a good place to study questions which involve both culture and science. One example is the dating of Newgrange based on changes of the rotation axis of the earth. Ireland was not yet celtic at the time when the monument was built and there is much to learn about the changes which happened in the subsequent centuries. Palaeogenetics and linguistics, archaeology, history and several branches of geophysics have to work together to understand the roles of migrations, climate change, expansions, devastations and recoveries. They shaped our genes, language and culture and will again shape them in the future. With its focus on astronomy, celtic studies and physics, DIAS can cover part of the necessary research, but it should not remain alone.

Professor Nahm is a Senior Professor and Director of the School of Theoretical Physics at DIAS. He was awarded the RIA Gold Medal for Science earlier this year. He is a member of the Royal Society since 2011 and in 2012 he was awarded the Gothenburg Lise Meitner prize. This nomination referred to Professor Nahm’s important pioneering work on supersymmetry and on magnetic monopoles. Professor Nahm received the Max Planck Medal for his fundamental work on quantum field theory. In particular, he was able to clarify several basic mathematical aspects that later became important for the development of string theory. Nahm frequently exploits his vast knowledge and understanding to achieve progress in a wide range of subjects, including ancient Mayan history and writing. In 2013, he published a study that appears to have solved a 100-year-old problem, namely calculating the dates for the great Mesopotamian rulers in the 2nd millenium BC. This interdisciplinary work combines the study of Venus observations, tree- ring data and the dates for historical solar eclipses, with that of cuneiform documents, in particular concerning the sequence of Assyrian year eponyms.

This #WorldBookDay we're highlighting @ISC's scientific publishing work on a set of principles to maximize benefit to global science and wider audiences for scientific research. DIAS's own @Luke_Drury is on the steering group. 📖 council.science/actionplan/fut… #DIASdiscovers #copyright