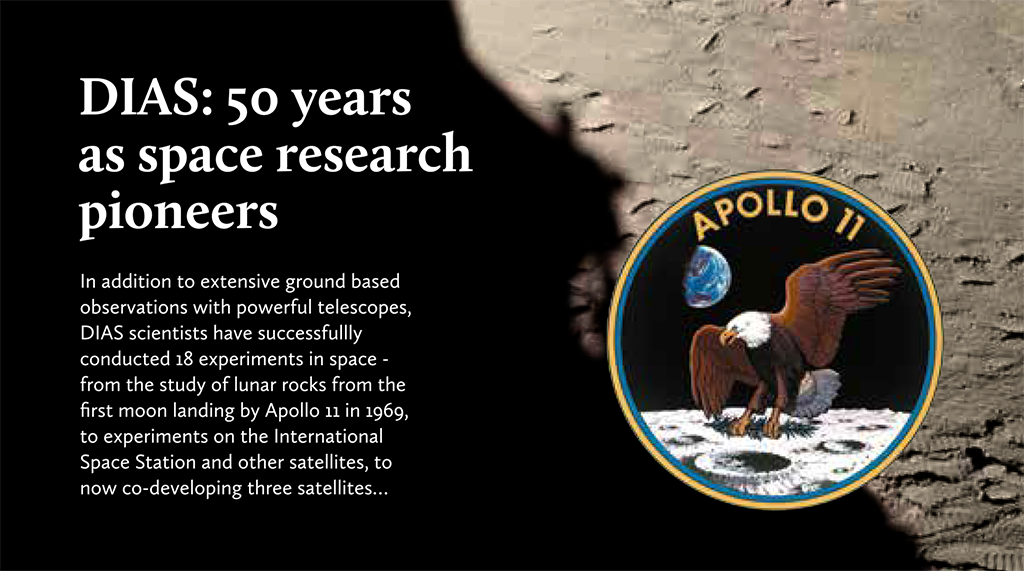 The Dublin Institute for Advanced Studies (DIAS) has launched a programme of events for July to mark the 50th anniversary of the first humans landing on the Moon as part of NASA’s Apollo 11 mission.

Over the coming month, DIAS will also highlight the Irish connection to the mission, including the fact that DIAS Professor Emeritus, Denis O’Sullivan, became one of the first people in the world to handle lunar material brought back to Earth by the Apollo 11 astronauts.

DIAS will hold various events related to space and astronomy to mark the Apollo anniversary in July. These include:

Commenting today (27.06.19), Professor Peter Gallagher said: “At DIAS, we have been pioneers in space research for many years now. DIAS Professor Emeritus Denis O’Sullivan was involved in studying moon rocks as part of the Apollo 11 mission, and was one of the first people in the world ever to handle the lunar material.

“DIAS has conducted extensive ground-based observations, as well as 18 experiments in space. Our work has included the study of the lunar rocks; experiments on the International Space Station and other satellites, including the first Irish experiment in space; and, currently, we are co-developing two satellites.”

Also commenting on the Apollo 11 anniversary, Luke Drury, Professor Emeritus at DIAS, said: “I have worked alongside Denis O’Sullivan at DIAS for many years, and it has always been fascinating to hear him speak of his connection to the Apollo missions. It is fantastic that we had a part in such historic events, and that DIAS continues to lead the way in space research in Ireland today.”