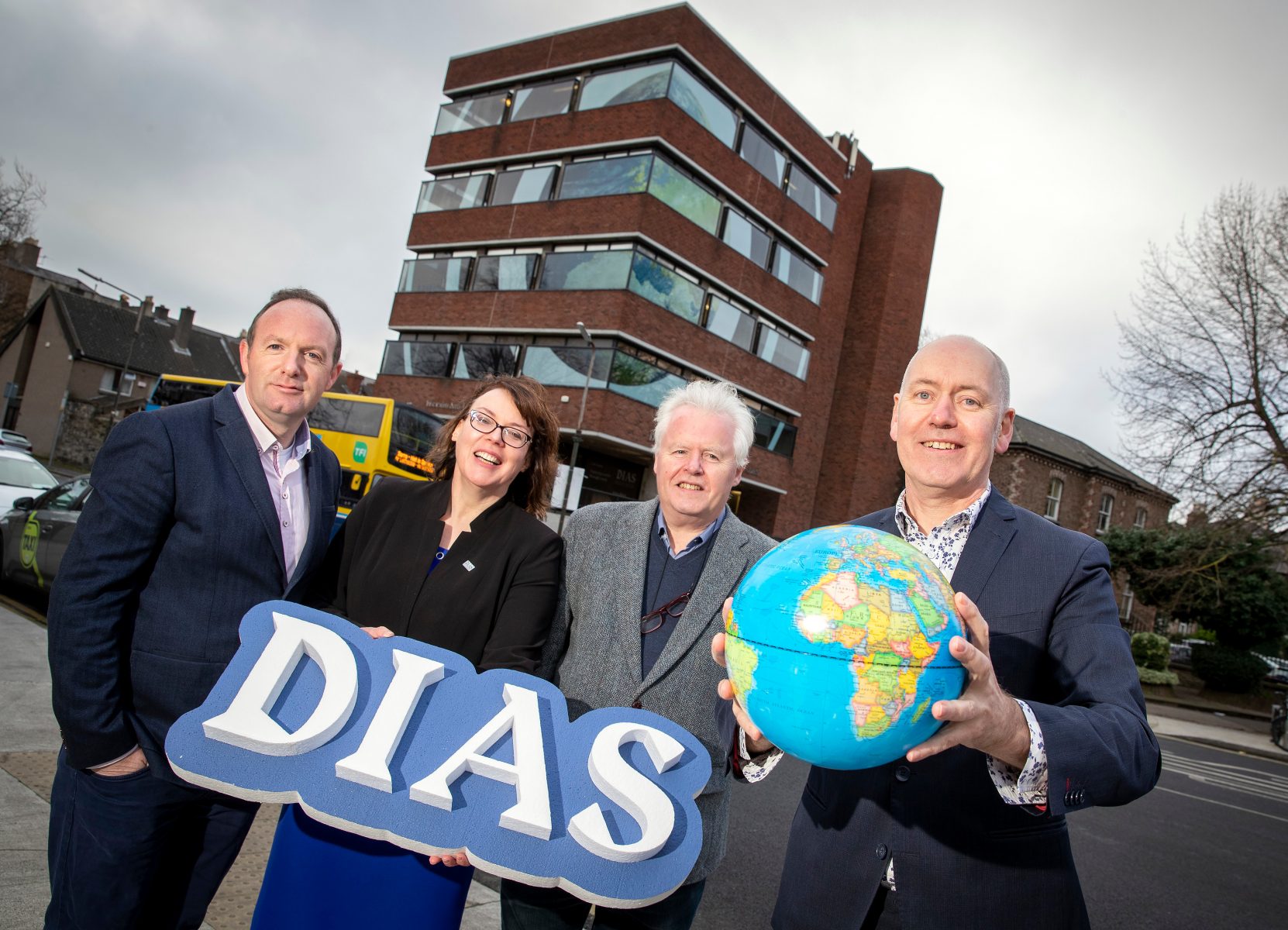 Commenting, Dr. Eucharia Meehan, CEO and Registrar of DIAS, said: “When it was founded by Éamon de Valera in 1940, DIAS was only the second institute for advanced studies in the world and the first such institute in Europe.

“Since then, DIAS has conducted seminal research and attracted renowned academics from all over the world in its core disciplines of Celtic Studies, Theoretical Physics, Astrophysics and Geophysics. Work has ranged from that of J.L. Synge whose book Relativity: The General Theory had a profound influence on the subsequent work of Penrose and Hawking on black holes and the geometry of the universe.

“To the work of Denis O’Sullivan and Alex Thompson, who secured the first Irish space experiments on Apollo 16 and the International Space station; we have also had the publication of D.A Binchy’s ‘Corpus Iuris Hibernia’, the key work on Brehon Laws to this day, and the key research contribution by geophysicist Brian Jacob in a project that led to the expansion of Ireland’s national territory.

“The bold decision to establish an advanced institute when the State was in its infancy, at the start of a world war, and at a time when few people in Ireland progressed to secondary education was a powerful message that Ireland was a home for intellectual leadership, independent critical enquiry, and innovative frontier research. Eighty years later, DIAS continues to be an ambassador for Ireland and contributes to important global discoveries.”

Activities & Events
DIAS will hold two free online events this week to mark the 80th anniversary of DIAS’s establishment. These include:

• On Monday, 15th July at 6pm, RTÉ journalist and historian David McCullagh will moderate ‘DIAS and de Valera’, a panel discussion on the motivation and history behind establishing an advanced institute in Ireland. David will be joined by Mary Daly, Emeritus Professor of History at UCD, Neasa McGarrigle, Science writer with a PhD on the establishment of DIAS 1936-1948, James Lawless TD, Fianna Fail Science and Technology spokesperson, and Professor Luke Drury, Emeritus Professor of Astrophysics at DIAS.

• On Friday, 19th June at 5pm, Dutch Nobel Laureate Professor Gerard ‘t Hooft will deliver the inaugural DIAS Day Lecture on black holes and how they might be sources of new physics. Professor ‘t Hooft, who received the Nobel Prize in 1999 for his work on gauge theories, will consider how black holes seem to tell us not only important things about particle physics, but also aspects of space and time that are quite unlike what you read in text books.

All this week, DIAS will share #adiscoveryday on the Institutes social media platforms. This will include a letter from Nobel Laureate Francis Crick to Erwin Schrödinger, Director of Theoretical Physics at DIAS, acknowledging the influence of the ‘What Is Life?’ lectures and a book about him and his research partner James Watson in their molecular-biological journey to discover DNA. A series of ‘Lockdown Lectures’ by DIAS researchers will be published on YouTube.

Finally, DIAS is donating a copy of ‘Ingenious Ireland’ to every city and county library across Ireland to mark the 80th anniversary of the Institute. Written by the late Mary Mulvihill – a pioneer of science communication – ‘Ingenious Ireland’ contains a county-by-county breakdown of intriguing inventions and discoveries, showcasing Ireland’s rich heritage of research, scientific curiosity and inventiveness.

To register for events, visit: www.dias.ie/events/.