The School of Theoretical Physics initially consisted of one member, Professor Erwin Schrödinger, and he moved into 65 Merrion Square in February 1941, the premises at 64 and 65 having been rented from the Board of Public Works for the two constituent Schools (Celtic Studies and Theoretical Physics) and the administrative staff of the Institute. Immediately on his appointment as Senior Professor Schrödinger commenced to give two courses on quantum theory under the auspices of the Institute. By courtesy of the Royal Irish Academy, these courses were given in Academy House until the Merrion Square premises were ready for occupation.

Up to this time no courses were available in Ireland and very few were available in Great Britain on quantum theory. Schrödinger’s courses were at two levels. The lower level included introductory wave mechanics, theory of perturbation of quantum mechanical systems, spin of the electron and Dirac’s relativistic wave equation. They were attended by senior university students and by research scholars of the School. The higher level, called seminars, provided an introduction to research that was being performed in the School; for example, a course on Einstein’s general theory of relativity was given preparatory to an exposition of Schrödinger’s unitary field theory.

Heitler arrived in June 1941 to take up the post of Assistant Professor. Some time later he gave a lower level course designed to introduce students of chemistry and physics into the quantum theory of the chemical bond, of which he was the joint author with F. London. These lectures were subsequently published in book form. At a higher level, Heitler conducted seminars on something that was very new, namely, the meson theory of nuclear forces. Then, in further seminars, he applied this meson theory to the formulation of a theory of cosmic rays based on the supposition, then commonly accepted, that the particles now called muons are the carriers of nuclear forces.

It should perhaps be recalled that one of the objectives that De Valera had in mind when he founded the Institute was to provide a meeting place for scholars from University College and Trinity College. Indeed, for reasons both historical and religious, the academic contacts between the two institutions had previously been almost non-existent. When Schrödinger and Heitler arrived, most of the members of the mathematical departments and individuals from other departments grasped the opportunity to hear their lectures. Within a few years the knowledge so acquired began to filter down to undergraduate university courses.

While Irish universities in the 1930’s had a good research tradition in the experimental sciences, this was not generally so in the theoretical sciences. There were of course, notable exceptions. Moreover, when a good student had completed his normal studies and wished to proceed further, he was usually encouraged to go abroad. This might well have been in the best interests of the student, but it militated against the formation of research groups in the theoretical sciences. The School of Theoretical Physics helped to change that situation by training researchers who were subsequently appointed to university staffs, and also by providing a place where members of the universities could come to work, use the library facilities and consult the staff of the School.

During the early years of the Institute communications with Great Britain and North America were difficult and communications with continental Europe were wellnigh impossible. A major attempt to combat the isolation of the School was made in 1942 by holding the first colloquium which lasted from 16th. to 29th. July. The speakers from abroad were P. A. M. Dirac, who delivered five lectures on Quantum Electrodynamics, and A. S. Eddington, who gave the same number of lectures on Unification of Relativity Theory and Quantum Theory. These two sets of lectures were published as Numbers 1 and 2 of the Communications of the Dublin Institute for Advanced Studies, Series A.

In the following year a colloquium on crystals was held, the chief speakers being Max Born, P. P. Ewald and Kathleen Lonsdale, and in 1945 a colloquium on topics ranging from quantum electrodynamics to the theory of solids was held, with P. A. M. Dirac, Max Born and L. Jánossy as the main speakers. Thus already during World War II, Irish scientists were able to establish personal contact with some of the leading figures of twentieth century physics. Then, in March 1946, W. Pauli visited the School for two weeks and normal contacts were gradually resumed, but the school colloquia were still frequently held.

In the Establishment Order of the School of Theoretical Physics it is laid down that one or more public lectures on subjects or branches of knowledge in respect of which study is being carried on in the School shall be provided for delivery in alternate years at University College Dublin and Trinity College Dublin. When this regulation was being drafted, A. W. Conway expressed the view that the preparation of a public lecture by a research scientist could be very time consuming. Fortunately, Schrödinger and Heitler were not narrow specialists and could draw on their wide reading to present in intelligible form results of modern science.

Of the statutory lectures given in the early 1940’s those that made the greatest impresssion on the public was the series of four lectures delivered at Trinity College Dublin in 1943 entitled “What is Life?”. These dealt with the physical aspects of the living cells and especially with the bearing of quantum theory on the structure of chromosomes and the nature of mutation. The audience totalled nearly 400, and to accommodate them each lecture had to be repeated. The lectures were published and were subsequently translated into German, French, Swedish, Japanese, Italian and Russian. 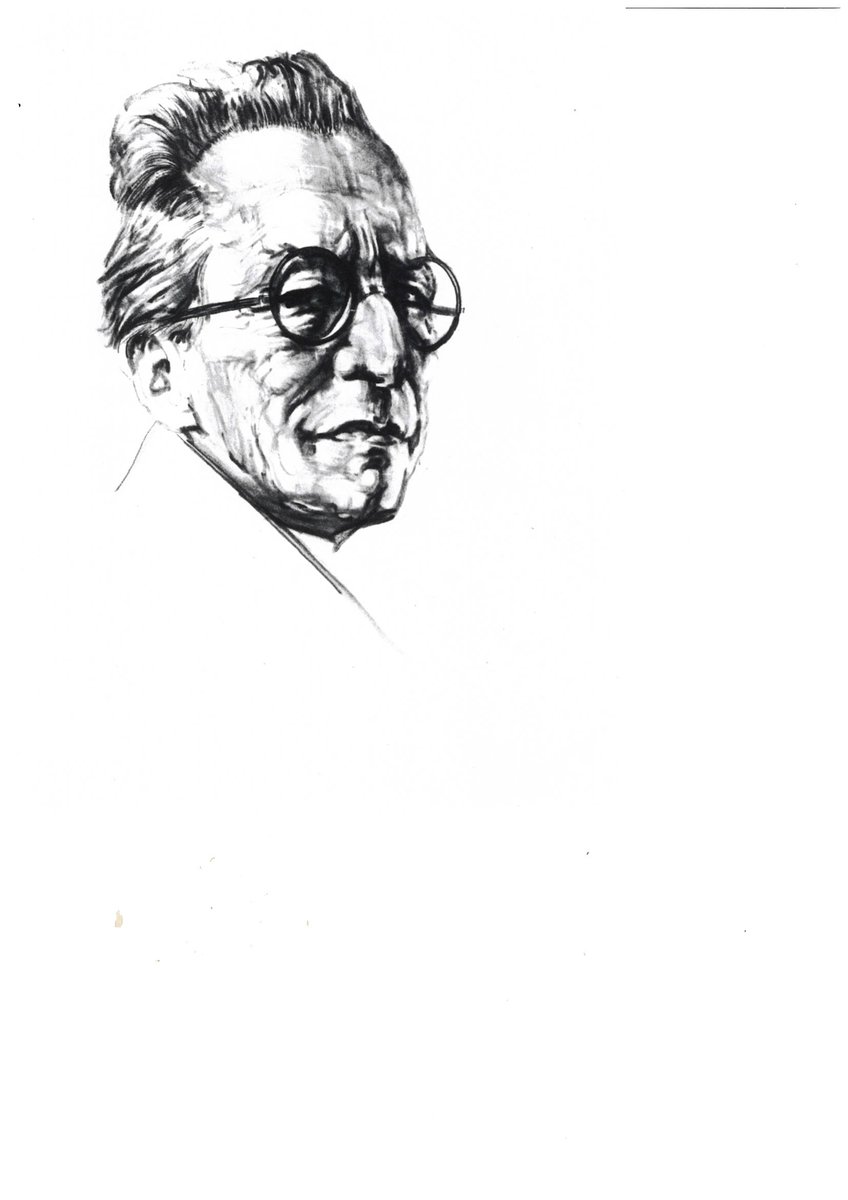 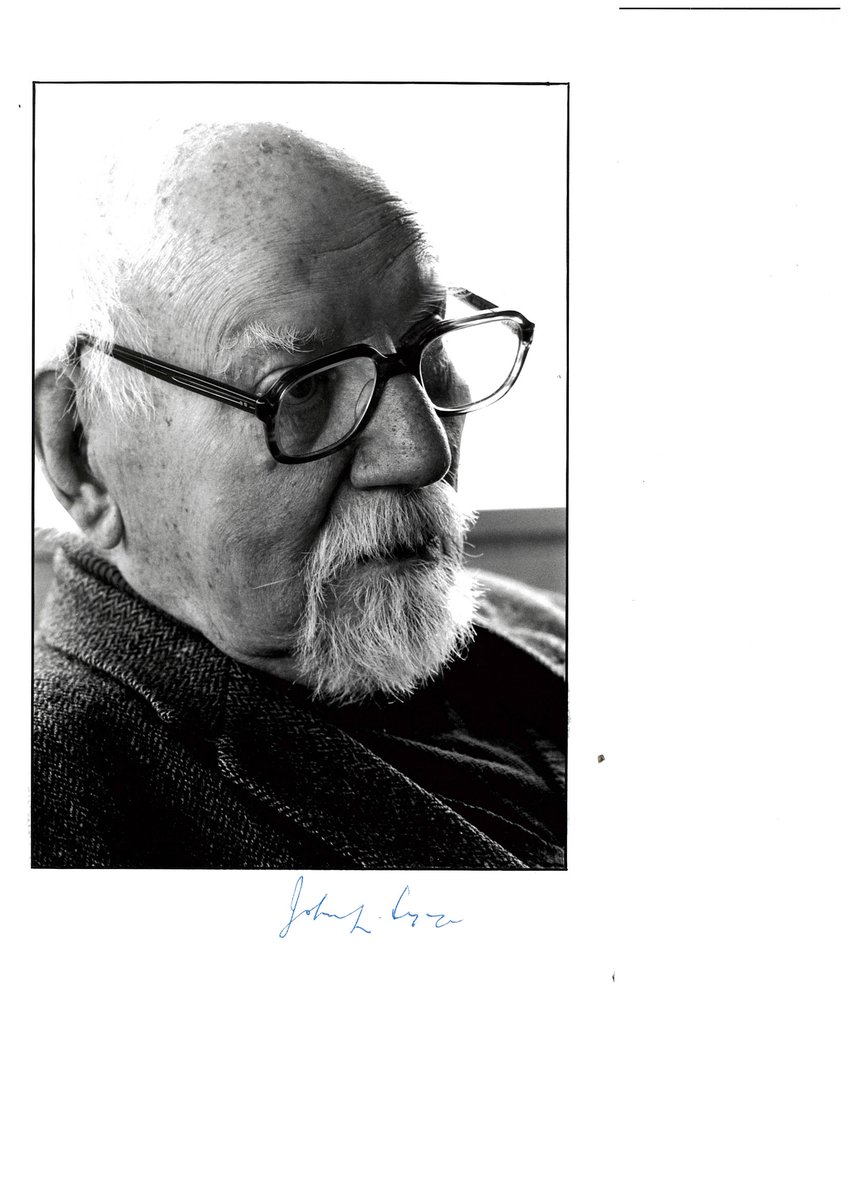 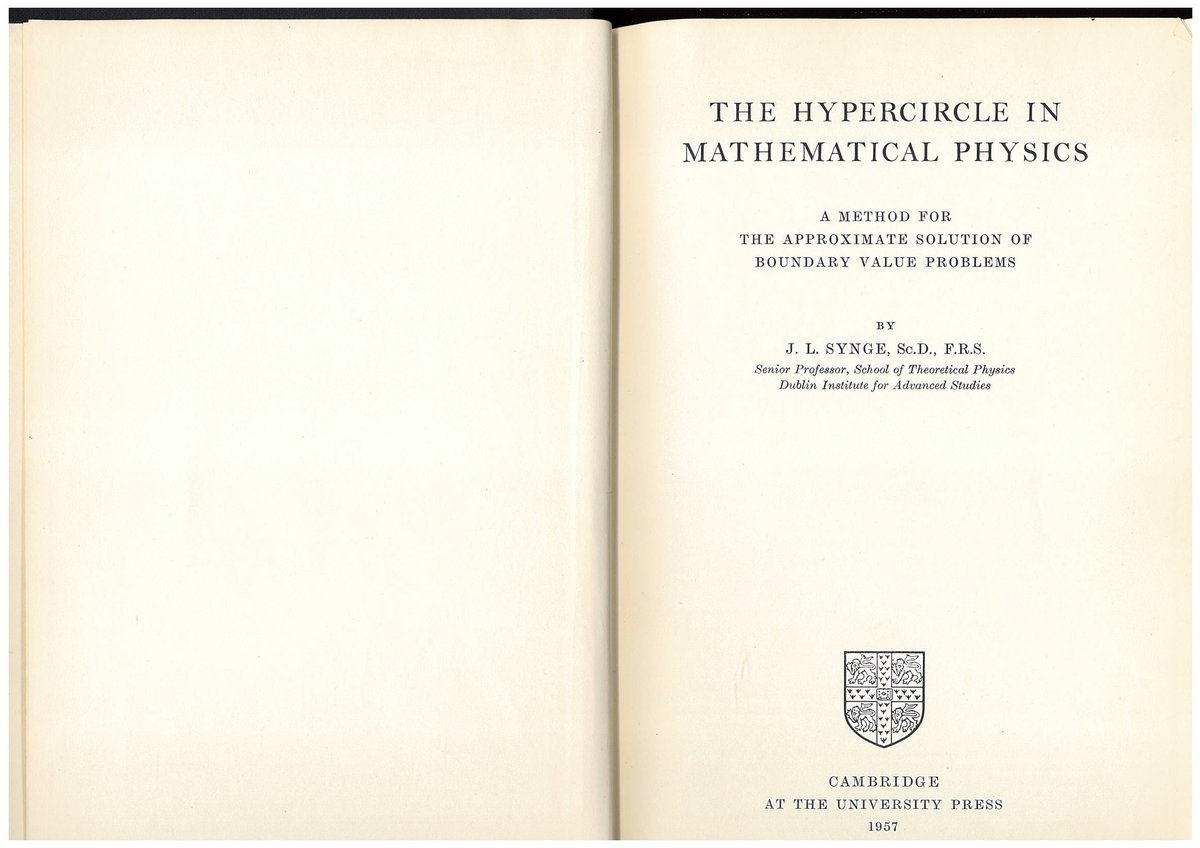 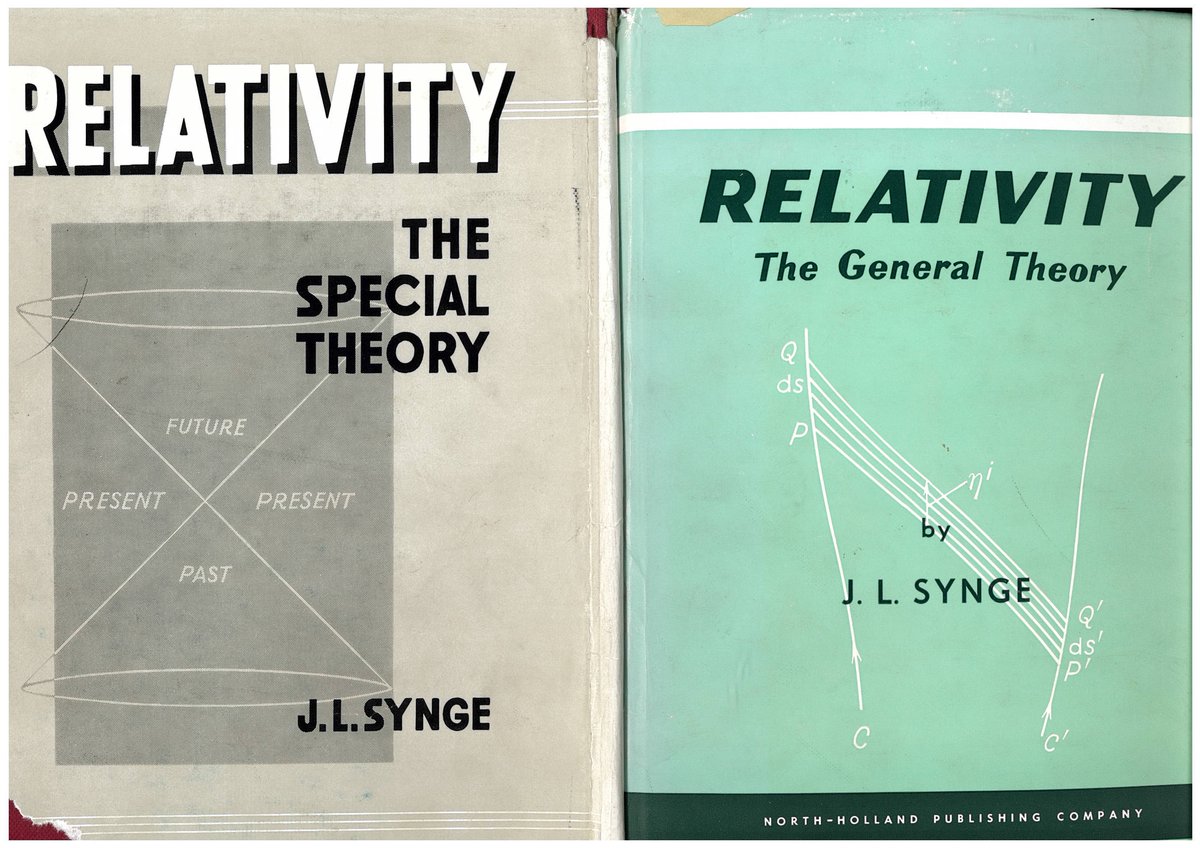 STP, DIAS : Celebrating Synge Week - 23-30 March 2021. Day Three - Synge's many contributions to spacetime geometry, including his pivotal work on black holes and the Synge world function, have been instrumental to our current understanding of gravity. Retweeted by STP, DIAS

STP, DIAS : Celebrating Synge Week - 23-30 March 2021. Day Three - Synge's many contributions to spacetime geometry, including his pivotal work on black holes and the Synge world function, have been instrumental to our current understanding of gravity. 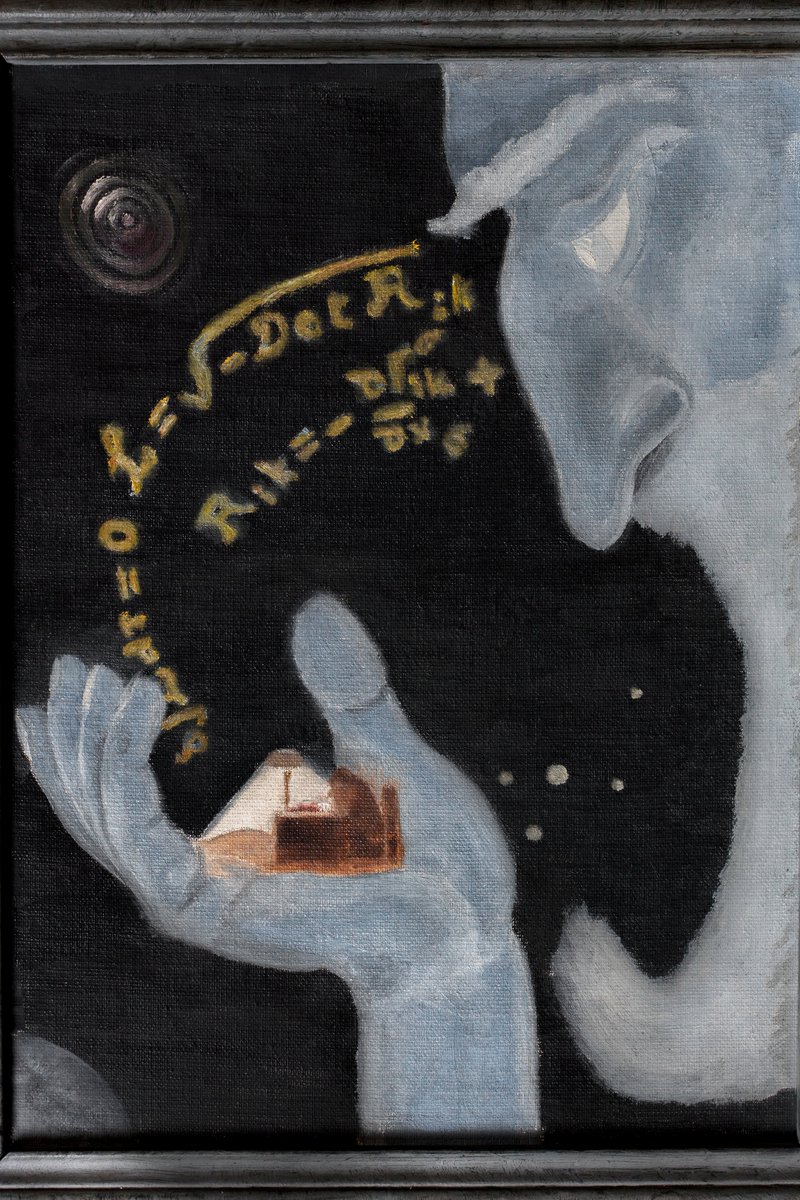 DIAS STP Weekly Seminar: We have Madhusudhan Raman from TIFR discussing the remarkable properties of potential wells described by squares of Chebyshev polynomials. Catch it at youtube.com/watch?v=eBw5wm… Retweeted by STP, DIAS