The NASA Astronaut, Lieutenant Colonel Robert S. Kimbrough visited Dunsink Observatory on Thursday 6th October. He gave a talk on his recent mission on the STS-126 Endeavour and there was a Q&A session on his life as an Astronaut.

Colonel Kimbrough is based at Lyndon B. Johnson Space Center, Houston, Texas. He completed his first spaceflight in 2008 on the STS-126 Endeavour, logging a total of almost 16 days in space and 12 hours and 52 minutes of Extravehicular Activity (EVA) in two spacewalks. 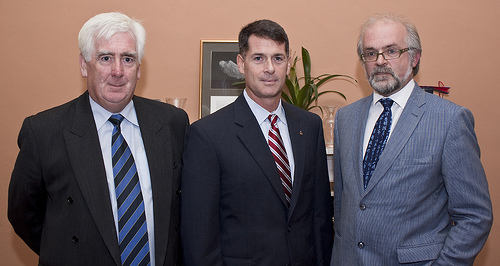