A large earthquake occured in Eastern Turkey, approximately 15km NNE of the town Van.  The death toll from the earthquake is over 500 people. At least 1,600 others were injured in the disaster, officials said.  For the location and more information on the event please click here.

This earthquake was also successfully registered by several of the participating schools in the Seismology in Schools (Seismeolaíocht sa Scoil) Project organised by the Geophysics Section, School of Cosmic Physics as part of its Outreach programme. The trace below was recorded at Scoil Breifne, Co. Cavan. 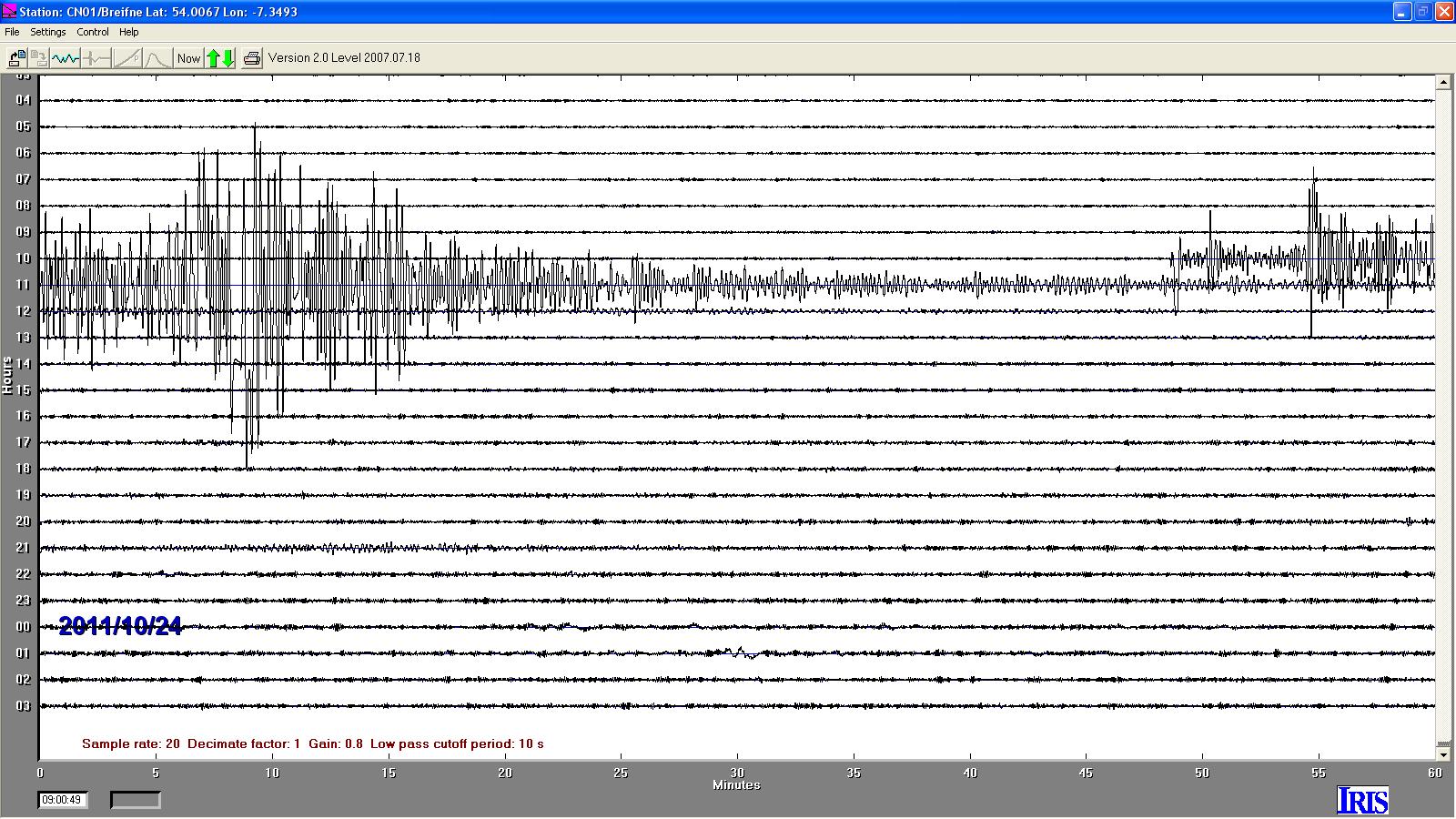