Last Updated: 23rd May 2018 by Administrator

Professor Werner Nahm, School of Theoretical Physics, was awarded the 2012 Gothenburg Lise Meitner prize by the Chalmers University of Technology and the University of Gothenburg on 14 September 2012. The nomination in particular refers to Professor Nahm’s important pioneering work on supersymmetry and on magnetic monopoles. Professor Nahm is a world leader in quantum field and in string theory and holds several international prizes. He is also a Fellow of the Royal Society. 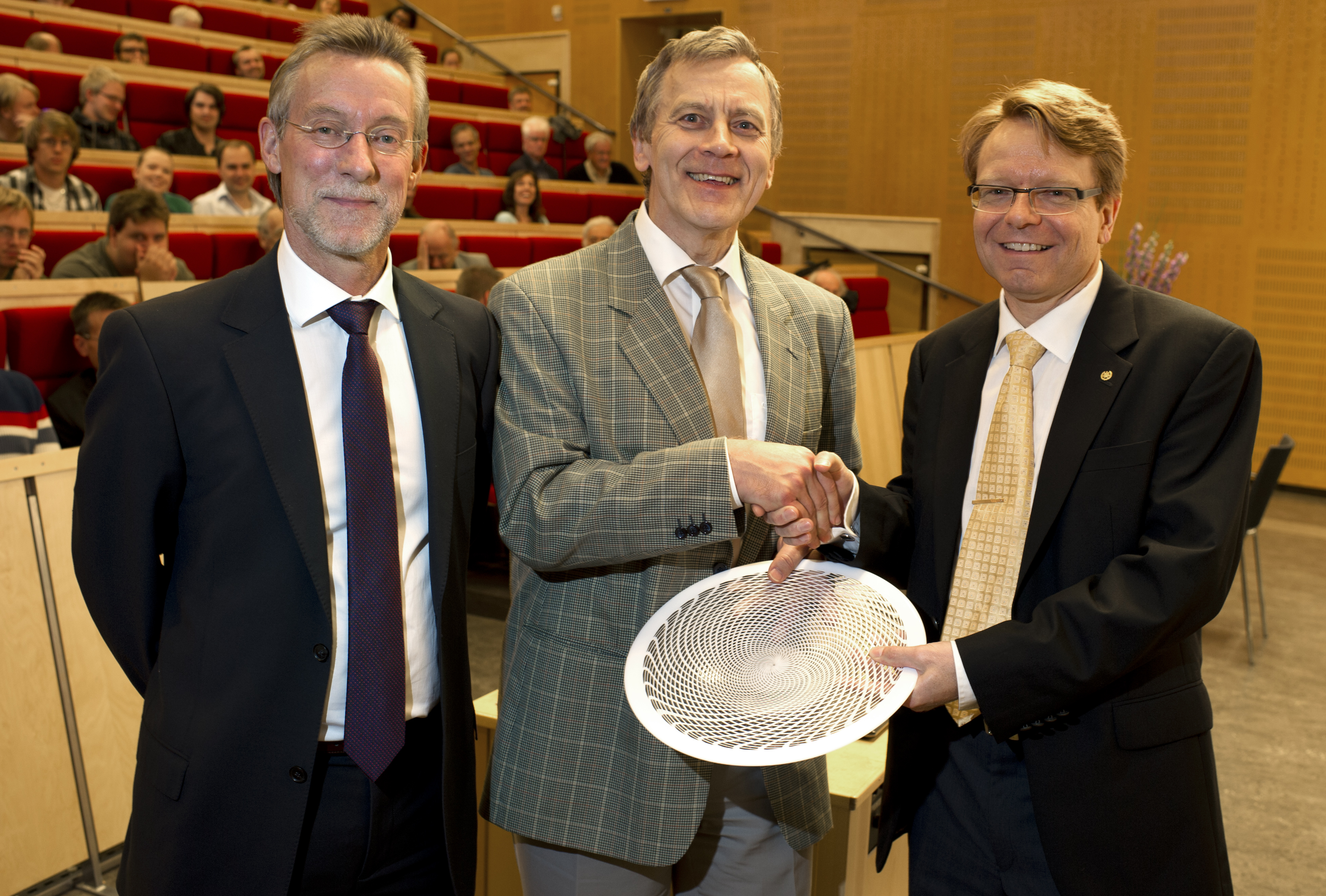 About the Lise Meitner Prize
Lise Meitner (1878-1968) was an Austrian-Swedish nuclear physicist. She carried out research at the Kaiser Wilhelm Institute for Chemistry in Berlin before she had to flee abroad in 1938 because of her Jewish origin. In Kungälv near Gothenburg, Sweden, she together with her nephew Otto Frisch made history: Analyzing the experiments of her German colleague Otto Hahn in Berlin, she found out that the atomic nucleus could be split under a huge emission of energy by bombarding it with neutrons. With these findings, she had discovered a fundamental element of nuclear fission. The Gothenburg Lise Meitner Prize was established in 2006 by the Swedish research association Fysicum. This is a collaboration of the departments for fundamental physics and for Physical Technology of the Chalmers University of Technology as well as the faculty of physics of the University of Gothenburg. Fysicum awards the prize to scientists who have made fundamental discoveries in physics.