“As the world turns . . . The artist observes, records, relates. Since the Cosmos and all that’s in it were born of a singularity, all things are related.  The task of the artist is to trace the lines of this universal cousinage.”
(Tim Robinson written for Siobhan McDonald on the occasion of her solo exhibition, Eye of the Storm, 2012.) 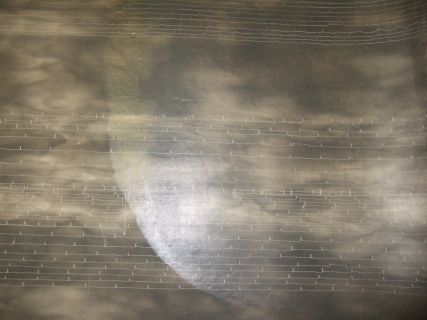 Siobhan McDonald’s work explores the idea of studying ‘nature’. Her recent works have been triggered by the eruptive nature of the Icelandic volcano, Eyjafjallajokull since 2010, alluding to tensions between chaos and entropy, and between the teleological and the merely random. For this exhibition, Eye of the Storm, she employs seismology as a language to conceive an understanding of time and our relationship to a constantly evolving environment, juxtaposing new artworks in poetic relation with historical and geological artefacts. Early 20th century Jesuit seismograms, from The School of Cosmic Physics, DIAS,  in Dublin, and a series of newly realized works—drawings, paintings, sculpture, video and sound works — consider and reflect on the volcano, history, technology and mans’ recordings of events, as they interconnect with human experience through the physicality of the surrounding landmass.

Eye of the Storm is comprised of several elements, including a series of paintings and drawings made with the process Eninka, a technique devised by John Cage in the 1980’s, where fire becomes fossilized in the paintings surface. In this process McDonald seeks to create works that connect both the artist and the viewer with a primordial state of chaos, contained in the moment of explosion. 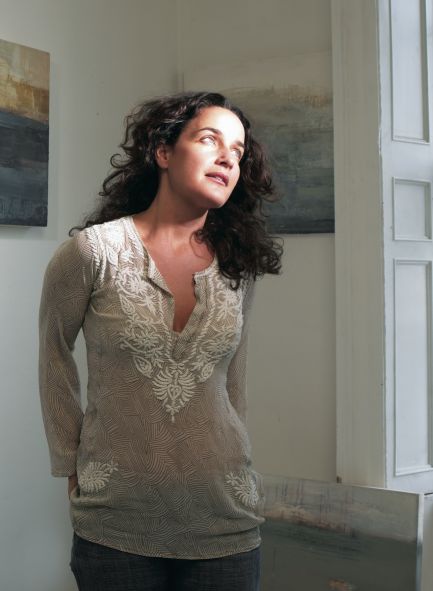 The artist attempts to physically embody the energy that comes from the Earth’s core, by making works either at the site of the volcano, or in the the studio. The objects in this show are works that record the the artist’s interpretations of nature, human presence in geological time and the durational process of decay as cycles pass.

Alongside the visual components of the exhibition, McDonald collaborated with artist Slavek Kwi on a sound piece, Implodex Tremoranti 20:16 based on original Eyjafjallajokull data (from the Icelandic Meteorological Office by Sveinn Olafsson) and field recordings by Siobhan McDonald taken in August 2011. Other explosive sounds are derived from the archives of Slavek Kwi. Slavek Kwi is a sound-artist, composer and researcher interested in the phenomena of perception as the fundamental determinant of relations with reality. www.artificialmemorytrace.com

Siobhan McDonald is a visual artist working with paint, sound, photography and drawing. Her recording of the earth’s rhythms and it’s ephemeral occurrences explores patterns in nature and reveals realities that are otherwise invisible to the naked eye. Recent pieces develop her preoccupation with transformation in manifestations of the explosive, like volcanoes, and the gradual, like the passage of icebergs.  Siobhan has exhibited both nationally and internationally and her work is in many private collections around the world. www.siobhanmcdonald.com

A short talk between the artist and the curator will take place at 5.30pm on the opening night.

This exhibition has been kindly supported by The Arts Council.

With thanks to The Dublin Institute for Advanced Studies.