May 2012 – First instrument for the James Webb Space Telescope (JWST) is completed and handed over to NASA.

Instruments that will be used on the James Webb Space Telescope were developed by scientists led by Prof. Tom Ray, from the Astronomy & Astrophysics Section, School of Cosmic Physics.

After more than 10 years of work by more than 200 engineers, the Mid Infra-Red Instrument (MIRI) has been declared ready for delivery by the European Space Agency and NASA.The instrument for the James Webb Space Telescope (JWST), due for launch in 2018, is a pioneering camera and spectrometer, so sensitive it could see a candle on one of Jupiter’s moons. It will now be shipped to NASA’s Goddard Space Flight Center where it will be integrated with the other three instruments and the telescope. 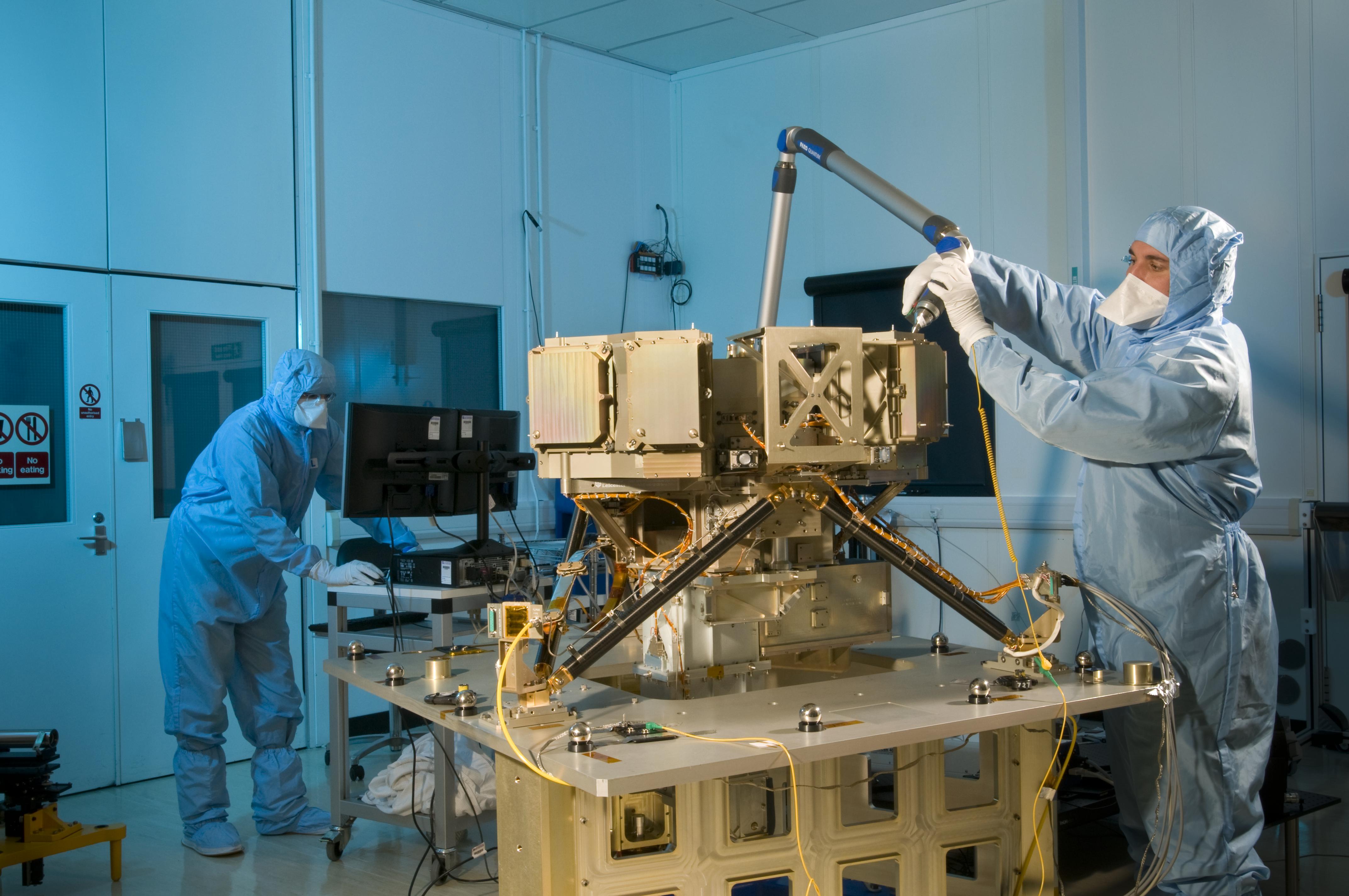 MIRI is the first of the four instruments on board the JWST to be completed.  The handover ceremony between the European Space Agency (ESA) and NASA at the Institute of Engineering and Technology in London took place on 9th May 2012 and it was the culmination of a long-term collaboration effort from teams across both continents. David Willetts, Minister for Universities and Science in Britain attended the ceremony.

Tom Ray, the Irish Co-Principal Investigator for MIRI at the Dublin Institute for Advanced Studies said:  “We are all delighted that the European and US team’s hard work has produced an instrument that has exceeded expectations. No doubt when the James Webb Space Telescope is launched, our instrument will help us see the first stars and galaxies after the Big Bang and peer into new solar systems as they form. It is wonderful to be part of the team that has helped achieve this major milestone for the JWST project”

Ireland’s involvement in the project was to produce the special infrared filters required by the instrument that break up the light into its various components. The Dublin Institute for Advanced Studies (DIAS)  is now playing a major role in developing software to analyse the data from MIRI in collaboration with the Hubble Space Telescope Science Institute in Baltimore, Maryland. The involvement of DIAS in the James Webb Telescope is supported by Enterprise Ireland.

JWST will take up position four times further away from the Earth than the Moon. MIRI will allow astronomers to explore the formation of planets around distant stars and could even pave the way for investigations into the habitability of other planetary systems.

MIRI offers a sensitivity and resolution many times greater than any other mid-IR instrument in existence today or for the foreseeable future. It will be able to penetrate the dust obscuring distant objects, allowing for smaller and fainter objects than have ever been detected to be mapped in unprecedented detail. Its wavelength of 5 to 28 microns brings a unique scientific capability among the other instruments on the James Webb Space Telescope. MIRI will therefore have a key role in the study of light that has travelled from the early moments of the universe by JWST. These wavelengths bring additional technical challenges due to the extremely low operating temperatures necessary (-266.5ºc). Unlike the other JWST instruments MIRI will be cooled by a dedicated cooler provided by the Jet Propulsion Laboratory (JWST) in California.

MIRI will now be transported to the Goddard Space Flight Center in the US in a specially constructed environmental container designed to protect it from moisture and keep its temperature stable. Once there it will start the long process of integration with the other instruments, two years of testing to ensure that they all function together correctly, and then integration and test with the telescope optics. The launch of the James Webb Space Telescope is scheduled for 2018.

Images and video of MIRI are available on request.

MIRI is provided by a nationally-funded consortium of European institutes in a partnership with JPL.