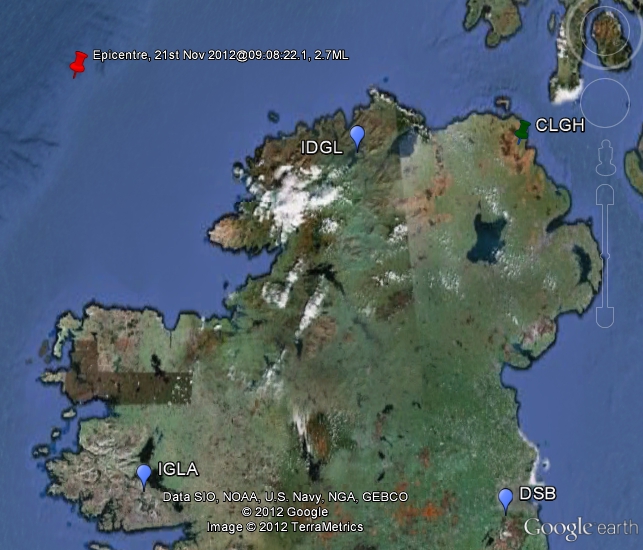 On November 21st, 2012, at 09:08:22 UTC a minor earthquake Mag ML2.7 occurred in the Atlantic Ocean at location 55.472N, 9.970W, about 190 km NW of Letterkenny Co. Donegal.  Recently there have been several minor events in the vicinity of North Donegal but they are unrelated to this event. There is no previous history of seismic events in this immediate location. However, further North two previous events were recorded in 1980 and 1986, in the vicinity of the Hatton Sea Mount region which registered ML4.0 and ML3.1 respectively. The largest earthquake felt in Ireland occurred on the 19th July, 1984 with a Mag 5.4, and was located off the coast of Wales. It caused minor structural damage on the East Coast of Ireland.  The seismic waves generated by this most recent earthquake in Donegal were recorded by the Irish National Seismic Network at our stations in Donegal (IDGL) and Galway (IGLA) as shown below.  Also showing is a BGS (CLGH) station in Co. Antrim. 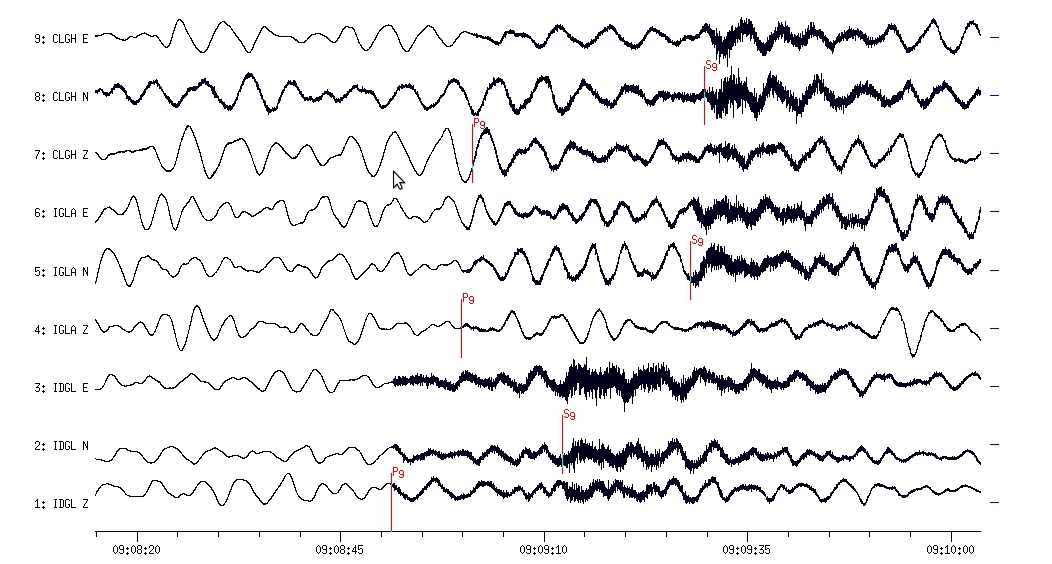