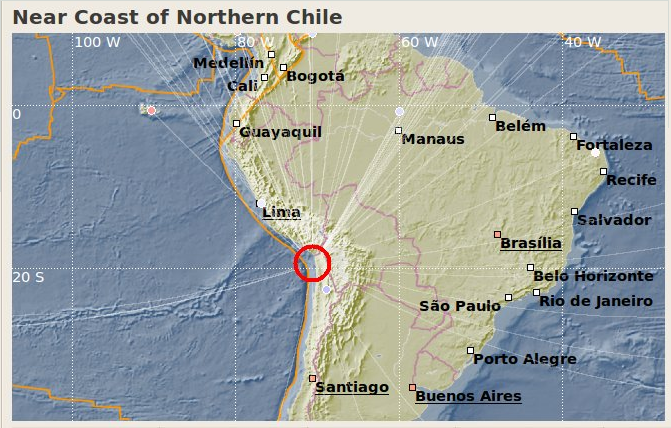 A major M8.2 earthquake occurred off the northern coast of Chile on 1st April 2014 at 23:46 UTC (18:46 local time). This earthquake occurred in a region of historic seismic quiescence. A number of aftershocks have been recorded. A tsunami alert was issued for the Pacific region.

This earthquake occurred in a region already know as a quiescent seismic gap zone, which has had no strong seismic activity for over 100 years.

The first arrival at INSN was recorder at the VAL (Valentia) seismic station at 23:59:39 UTC.

Below is as an image of the seismic traces of the the main event  recorded on the stations of INSN. 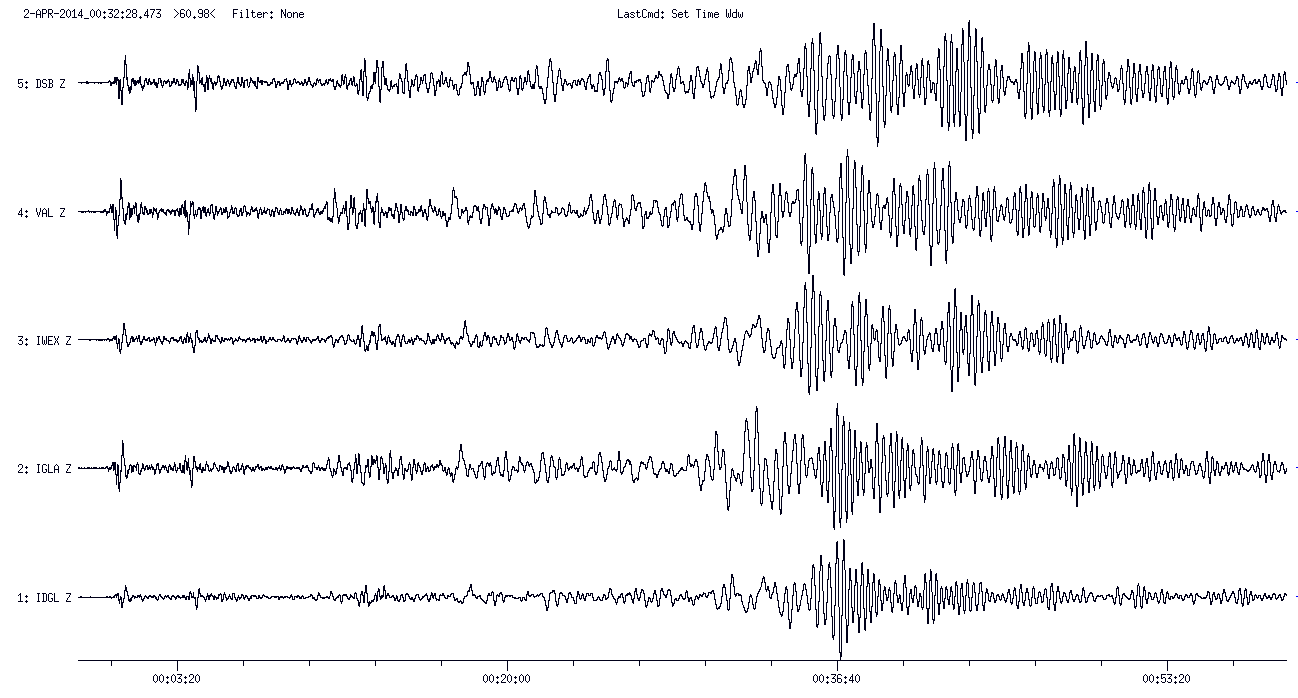