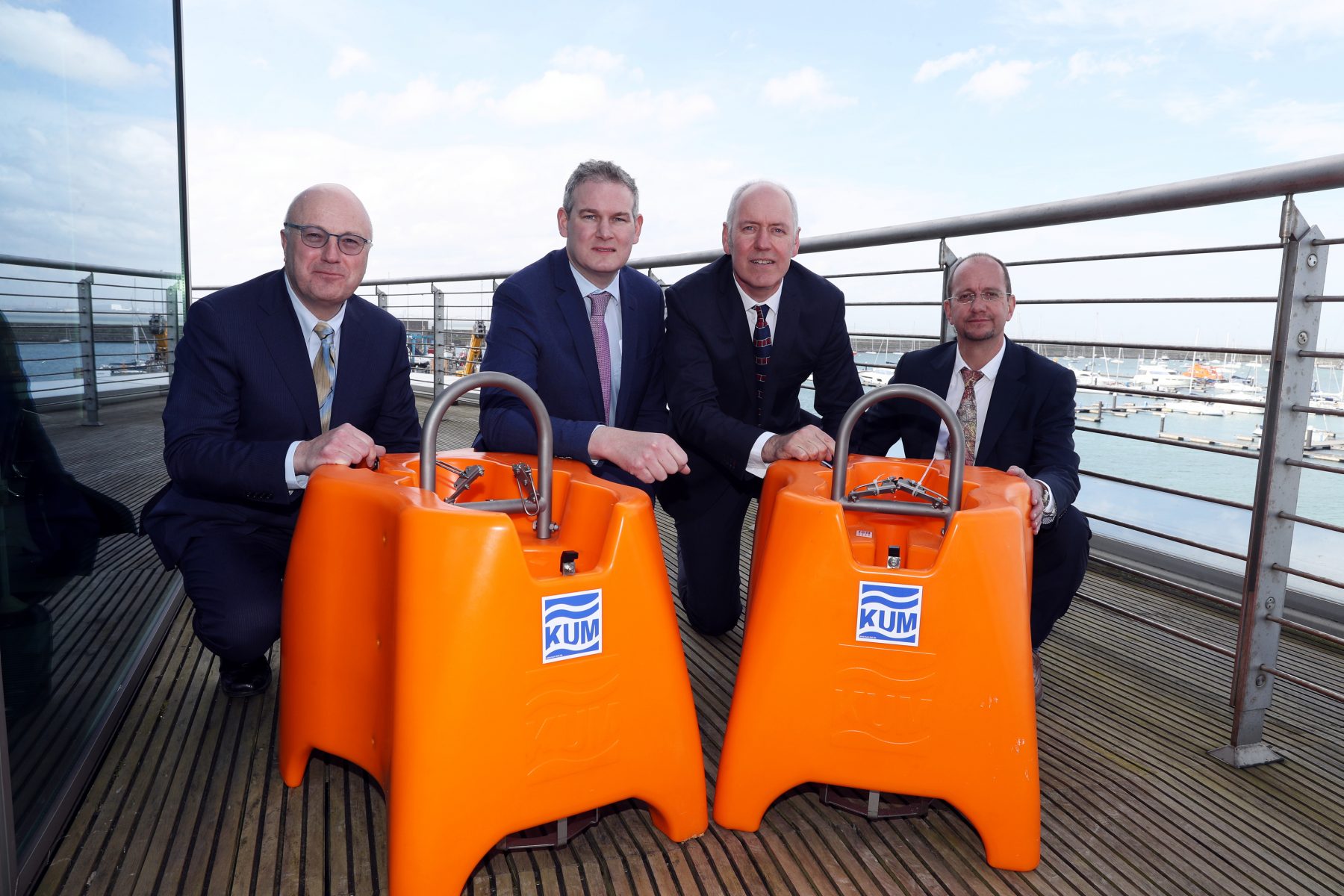 Led by scientists from Dublin Institute for Advanced Studies (DIAS), the iMarl project is centred around state-of-the-art ocean bottom seismometers, which will be located deep in the Atlantic Ocean  off the coast of Ireland. The seismometers will have a variety of uses,  including detecting earthquakes and major weather events, tracking the presence of whales and dolphins, and capturing seabed images. 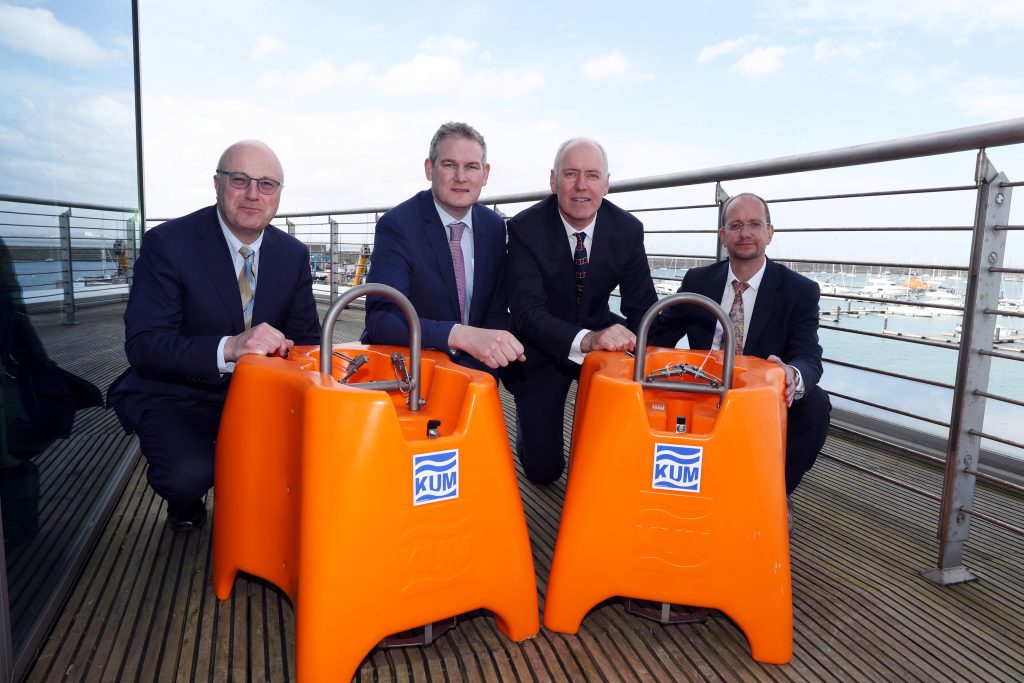 Pictured at the launch of the iMarl  project – one of the most ambitious deep-ocean research project ever  undertaken in Europe today (18.04.18) were: Professor Mark  Ferguson, Director General of Science Foundation Ireland and Chief  Scientific Adviser to the Government of Ireland; Minister of State for  Rural Affairs and Natural Resources, Seán Kyne TD, Professor Chris  Bean, Senior Professor of Geophysics and Director of the DIAS School of  Cosmic Physics and Mr. Koen Verbruggen, Director of Geological Survey  Ireland. (Picture Jason Clarke).

DIAS was founded by Éamon de Valera in 1940 as a centre of excellence for advanced scholarship focused on three disciplines: Celtic Studies, Theoretical Physics and Cosmic Physics.  As a globally embedded institution which attracts scholars and academics from around the world, it conducts and publishes advanced research. The organisation also leads Ireland’s participation in a number of international research endeavours, runs the Dunsink Observatory and coordinates a range of national initiatives on behalf of government.  Further information is available at www.dias.ie.