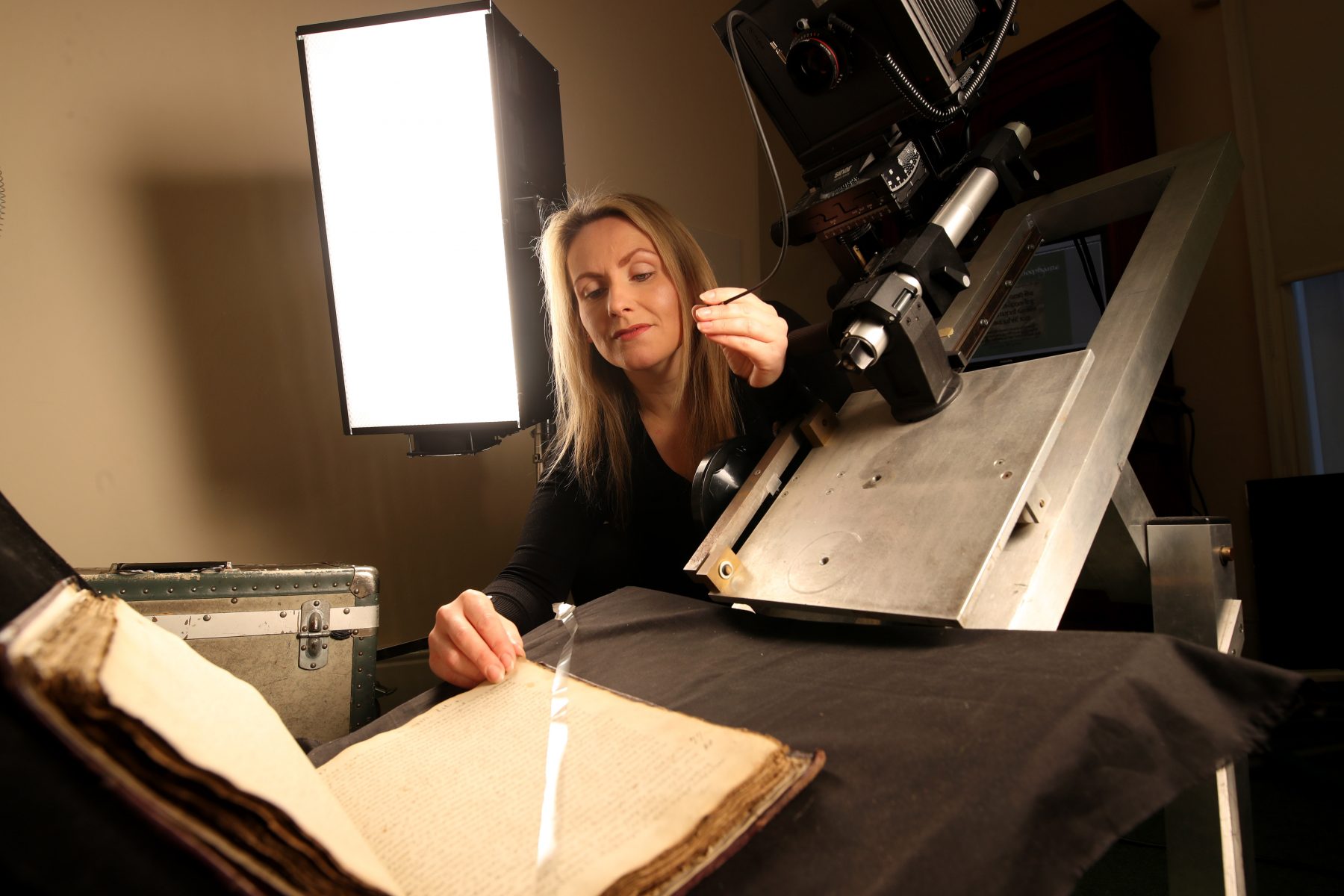 On the evening of Wednesday 18 September, online access to the Leuven Irish Manuscripts was launched at the Royal Irish Academy, at an event hosted by the General Representation of the Government of Flanders and the Belgian Embassy.

In the 17th century, Leuven (or Louvain) in Flanders was of crucial importance for Irish culture. Many Irish came to study for the priesthood at the Catholic University of Leuven when it was prohibited in Ireland, and many of them trained at the Franciscan College of St Anthony, now known as the Irish College. This college became a major centre of Irish culture and intellectual endeavor during that century and was responsible for the planning and execution of many cultural projects and the publication of several books in Irish.

The manuscripts brought to the Irish College, some of them in Mícheál Ó Cléirigh‘s own hand, comprise literary, historical and hagiographic content, collected from sources which have now been lost. When the French Revolution arrived in Leuven the collections were dispersed, some of them to the Royal Library of Belgium and others eventually finding their way through different Franciscan houses before finally coming to University College Dublin. Through this initiative the Brussels manuscripts can now be digitally re-united with the rest of the Franciscan collection, already digitized as part of the ISOS project.

The digitization was organized by the Leuven Centre for Irish Studies (LCIS), and funded by the Irish Embassy in Belgium. The photography was carried out by the digitization laboratory of KU Leuven Libraries, whose IT service, LIBIS, also takes care of long term preservation. Academic analysis and descriptions are provided by Professor Pádraig A. Breatnach through ISOS. Online access is provided by the Royal Library and ISOS.