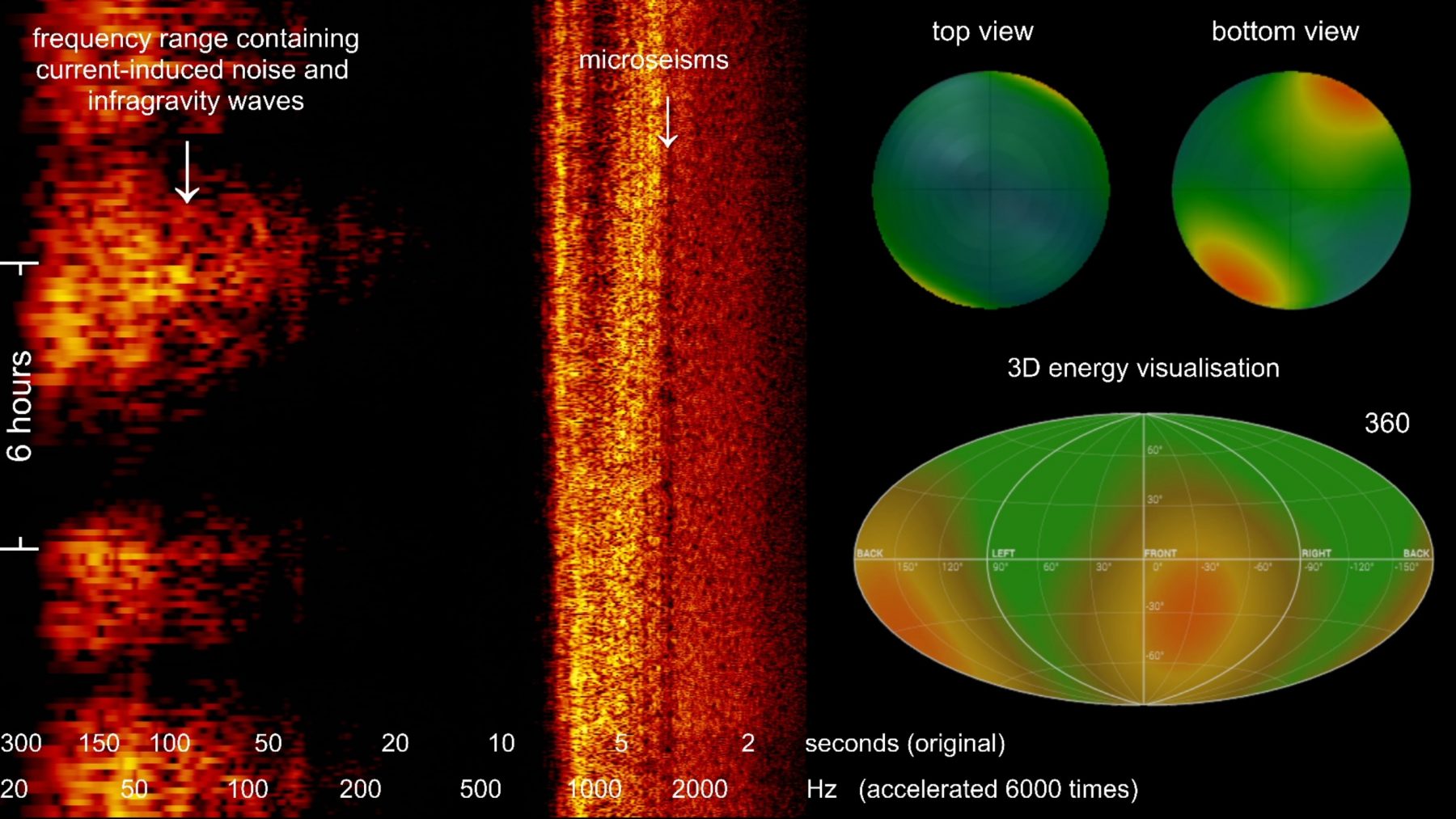 Conversations of great whales, sounds of ships passing, and bursts of vibrations caused by earthquakes are just some of the sounds that listeners can experience in new musical compositions launched today (08.06.21) by the Dublin Institute for Advanced Studies (DIAS), to mark World Oceans Day.

The sounds were obtained thanks to one of the boldest deep-ocean research projects ever undertaken in Europe. The SEA-SEIS project, led by scientists at DIAS, deployed a network of state-of-the-art ocean bottom seismometers across the Irish offshore area in 2018 to record the sounds.

The project deployed 18 seismometers across an area spanning over 1,500 kilometres from North to South and over 1,000 kilometres from East to West. A number of sensors were also placed in the UK and Iceland’s waters, as well as in Ireland’s offshore territory.

Commenting today (08.06.21), Prof. Sergei Lebedev, a seismologist at DIAS and the leader of the SEA-SEIS project, said: “Humans are not designed to hear conversations of great whales or the bursts of vibrations caused by earthquakes. The Sounds of the Earth musical compositions have made these noises audible to the human ear due to the successful collaboration between art and science.

“Thanks to the technological sophistication of the seismometers, we were able to record these fascinating noises on the seafloor. Not only has David Stalling produced innovative compositions, but his work also gives scientists and non-scientists alike a new perspective and a new understanding of the polyphony of the Earth’s vibrations. The works presented today mark the launch of Sounds of the Earth, which, in the coming weeks and months, will showcase a number of captivating musical compositions using the Earth’s sounds.”

David Stalling, the composer for Sounds of the Earth, added: “The collaboration with DIAS and Professor Lebedev has been an absolute pleasure. Working with the seismic data has expanded my practice as a composer and musician profoundly. It has given me a rare insight into sonic phenomena that I did not even imagine existing. Through this process I have come to value the significance of these sounds. I am honoured to make the experience of listening to the Earth possible – and I believe we need to do this more.”

Also commenting, CEO and Registrar of DIAS, Dr. Eucharia Meehan, added: “Sounds of the Earth is a fantastic example of art and science collaborating to make science accessible and engaging for the general public. I would like to thank composer David Stalling for working with DIAS to produce these wonderful musical compositions. I look forward to seeing DIAS continue to play a leading role in deep-ocean research and forming future collaborations with artists.”

For more information, and to listen to the Sounds of the Earth, visit: www.soundsoftheearth.ie