Festival of History – The last and next 100 years of Astronomy 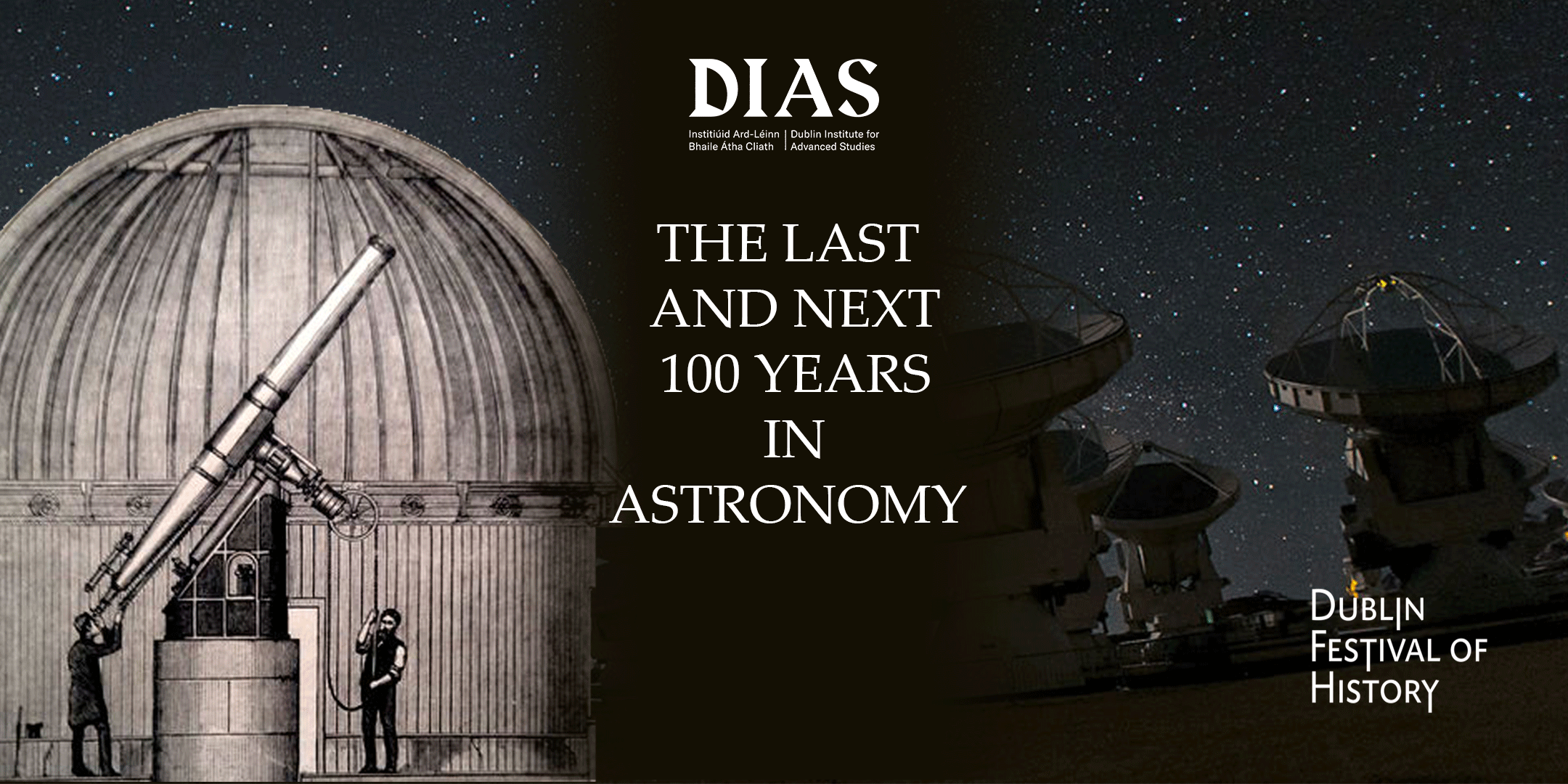 In a keynote address for DIAS’s 80th anniversary programme, Dame Jocelyn Bell Burnell will describe how our understanding of the Universe has changed since the 1920’s. But what might the next century bring? Our studies so far have been full of surprises, and doubtless this will continue, so the second part of the talk will be specualtive and look to the future!

Jocelyn Bell Burnell inadvertently discovered pulsars as a graduate student in radio astronomy in Cambridge, opening up a new branch of astrophysics – work recognised by the award of a Nobel Prize to her supervisor.

She has received many honours, including a $3M Breakthrough Prize in 2018.

The public appreciation and understanding of science have always been important to her, and she is much in demand as a speaker and broadcaster. In her spare time, she gardens, listens to choral music and is active in the Quakers. She has co-edited an anthology of poetry with an astronomical theme – ‘Dark Matter; Poems of Space’.

This talk will be presented online via Zoom. Details on accessing the talk will be made available via Eventbrite on the day of the talk. Please ensure that you have confirmed your Eventbrite registration and account to access same.

Anyone who is encountering difficulties please email communications@dias.ie.