On Friday 23rd November, Minister Joan Burton, T.D., formally launched the Irish Astronomy Trail, a new initiative developed by DIAS in the historic Dunsink Observatory which is now operated by DIAS and is located in Minister Burton’s constituency.

Ireland is home to the oldest astronomically aligned structure in the world, the passage grave of Newgrange, the eighteenth century observatories of Dunsink and Armagh, the Victorian wonders of the Birr castle Leviathan and the Crawford Observatory in Cork, the modern day outreach activities of Blackrock Castle Observatory in Cork, the Imbusch Observatory in Galway and the Armagh Planetarium in Northern Ireland. The spiral structure of galaxies was first observed in Birr with what was for seventy years the largest telescope in the world, the first observation of an extra-galactic supernova was made in Belfast and the first photoelectric measurements of starlight were made in Dublin.

Launching the Irish Astronomy Trail, Minister Joan Burton said: “The Irish Astronomy Trail links all the main astronomical sites on the island of Ireland. It also forms part of a broader European initiative to develop a European ‘Route of Observatories’. It will for the first time provide an integrated platform to explore Ireland’s rich astronomical heritage. The online trail will link every location around Ireland involved with astronomy including heritage sites, centres of outreach and research, and upcoming astronomy events through a convenient and easy to navigate web portal. The portal will provide a resource both for cultural tourists who want to explore Ireland’s rich astronomical heritage and for Irish residents with an interest in astronomy. I wish all involved with the project every success”

Minister Burton encouraged people, in particular, parents with children to avail of the special evenings that Dunsink Observatory holds from time to time at which they can learn more about astronomy and space. The Minister said: “I would encourage them to avail of these fascinating events. They provide a real opportunity for parents and children to explore the night sky and hear first-hand an astronomer explain the reason for those spectacular streaks of light of meteors or shooting stars.” 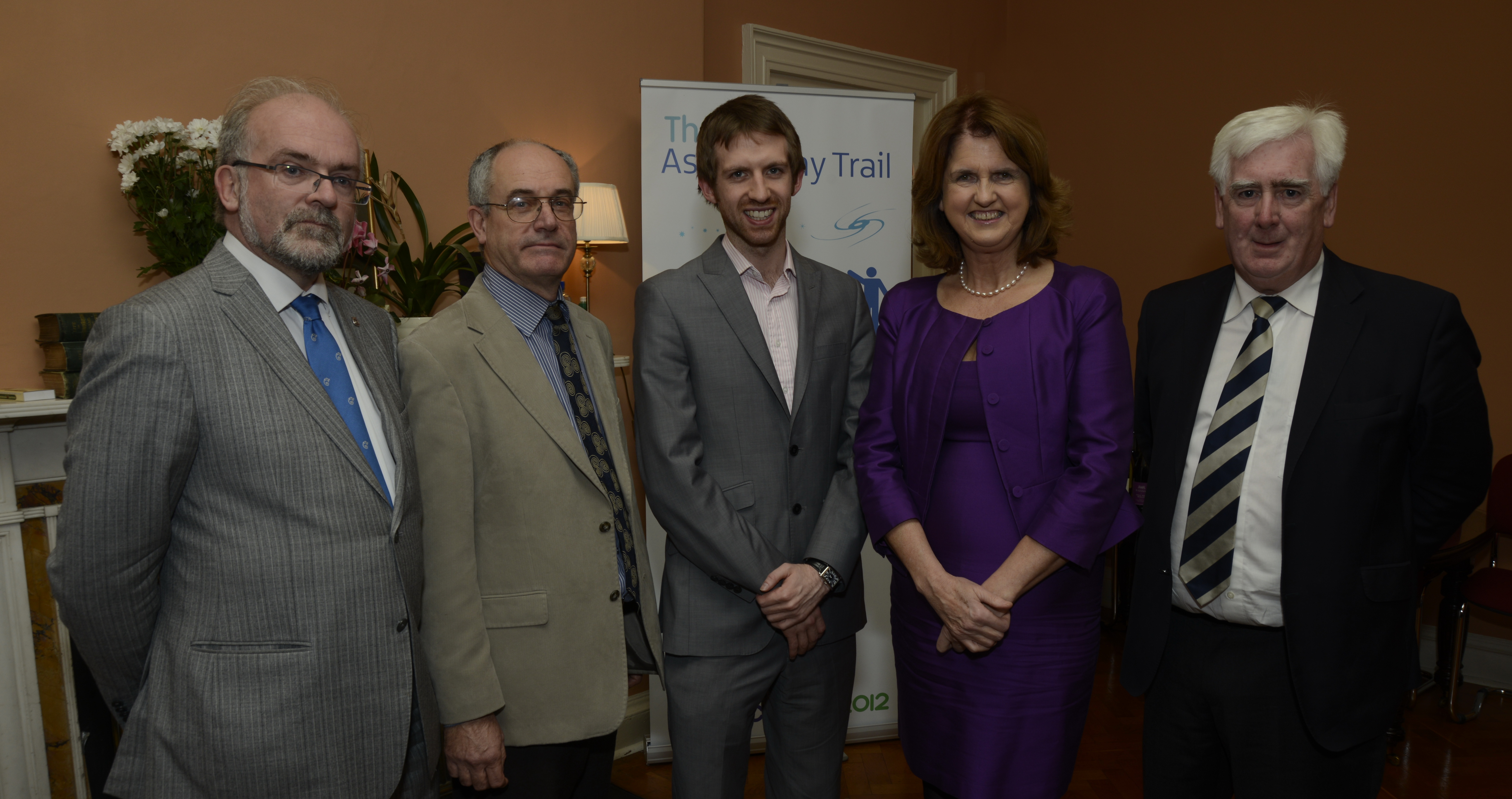 The Irish Astronomy Trail was proposed by Professor Luke Drury, Director of the School of Cosmic Physics in the Dublin Institute for Advanced Studies, and was inspired by the French “Route des Observatoires” and will be integrated into European astronomical heritage and outreach projects.

Speaking at the launch of the Irish Astronomy Trail Professor Luke Drury said:

“Astronomy is the oldest of the natural sciences and perhaps the one with the greatest popular appeal. Everyone is interested in the origin of the universe, the nature of the stars, and in exploring the wonders of the sky. The trail will not only allow people to explore this aspect of our cultural heritage, but also allow them to engage with current on-going research. An increased public appreciation of science is vital and we hope that the trail will also lead to this.”

Also present at the launch was Prof. Clive Ruggles, Director of UNESCO’s Astronomy and World Heritage Web Portal Project. He stated that:

“Ireland has a rich astronomical heritage, ranging from Newgrange passage tomb and a range of lesser known astronomically connected sites from later prehistory, to observatories that occupy a key place in the development of modern astronomy such as Dunsink, Armagh and Birr Castle. The Irish Astronomical Trail will heighten people’s awareness of these treasures and will, I hope, help to ensure that they are preserved for future generations as a vital part of Ireland’s outstanding cultural and natural heritage.”

The project is also supported by Ingenious Ireland, the Irish Federation of Astronomical Societies, and Dark Sky Ireland.

The Irish Astronomy Trail can be accessed online at http://www.astronomytrail.ie/