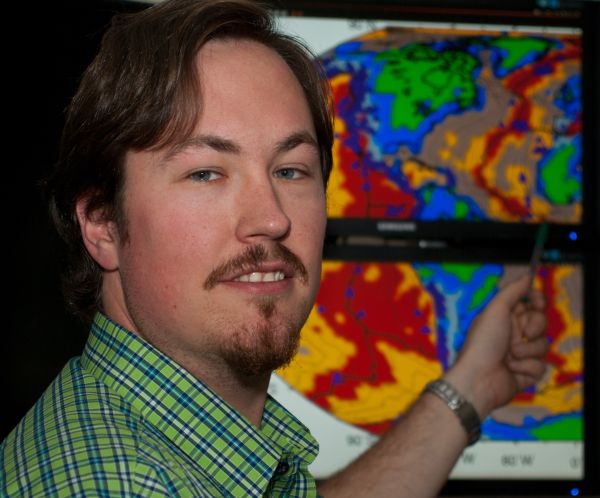 Andrew Schaeffer of the Geophysics Section (School of Cosmic Physics) has won the 2013 Student Author Award of the Geophysical Journal International. The award has been established to recognise the best papers submitted to the journal by young scientists in the field. Andrew Schaeffer is one of the two 2013 winners, voted for by the journal’s Editorial Board and each receiving a cash prize and a framed certificate. The awards are being announced on the journal website, at the American Geophysical Union Fall Meeting in December 2013 and the European Geophysical Union General Assembly in 2014. Andrew’s paper (“Global shear-speed structure of the upper mantle and transition zone”, by A.J. Schaeffer and S. Lebedev) presents global tomography of the Earth’s upper mantle with an unprecedentedly large waveform dataset. His tomographic model reveals the global structure of the Earth’s tectonic plates and underlying mantle in finer detail than was possible previously. Andrew’s winning paper has been granted Free Access on the journal website.