Chantal Kobel graduated from Trinity College Dublin with an honours degree in Early and Modern Irish. She completed her PhD in Early Irish in the Department of Irish, Trinity College Dublin, for which she prepared a critical edition of the four versions of Aided Chonchobair ‘The Death-Tale of Conchobar’. She is also a professionally qualified archivist and has worked, for example, at the Royal Irish Academy Library and UCD Archives.

Dr Kobel received an O’Donovan Scholarship at the School of Celtic Studies, Dublin Institute for Advanced Studies in August 2017 and was subsequently awarded a Bergin Fellowship in August 2019.

Dr Kobel is presently undertaking a detailed codicological examination, including the preparation of catalogue descriptions, of the medieval Irish legal manuscripts in Trinity College Dublin Library. Dr Kobel is also engaged in preparing a number of editions of a series of brief medieval Irish texts preserved in TCD MS H 3.18 (1337).

‘A note on the use of a feminine adjective following accusative and dative singular talmain’, Celtica 30 (2018), 10–13

‘The codicology of late medieval Irish legal manuscripts: a preliminary study of TCD MS H 3.18 (1337), pp. 1–87’, Care and Conservation of Manuscripts 17; Proceedings of the Seventeenth International Seminar Held at the University of Copenhagen 13th–15th April 2018 (forthcoming 2020) 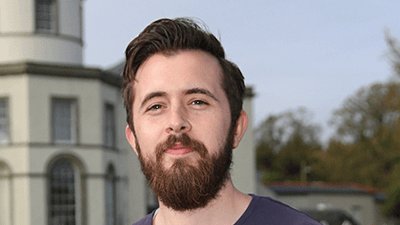