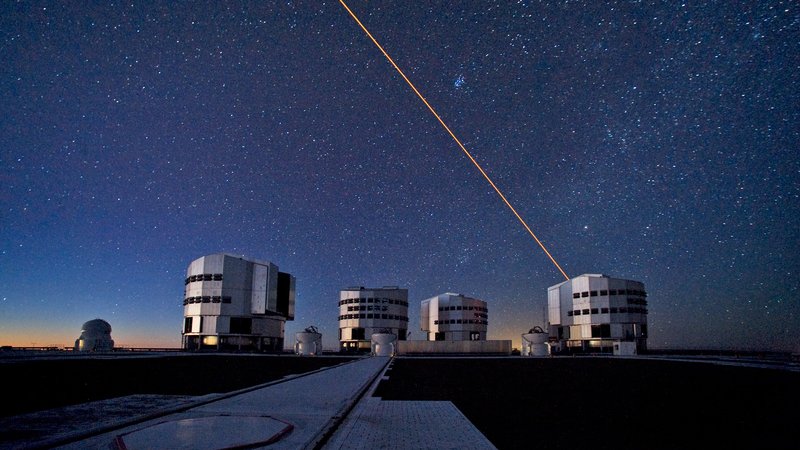 The ESO is Europe’s intergovernmental astronomy organisation and the world’s most productive astronomical observatory.

Ireland will officially join the ESO on 1st October this year, after an accession agreement was signed today (26.09.18) by ESO Director General Xavier Barcons and John Halligan TD, Minister of State for Training, Skills, Innovation, Research and Development.  Professor Tom Ray of DIAS has been appointed by the Government as the astronomer representing Ireland on the ESO Council.

Commenting today, Dr. Eucharia Meehan, CEO and Registrar of DIAS, said: “Ireland’s membership of the ESO has been a strategic aim of DIAS for many years.  We are delighted Ireland will officially join the ESO from 1st October, and we are honoured that our own Professor Tom Ray will represent Ireland on the ESO Council.

“Tom is joining the ESO at a very exciting time, when they are building the largest telescope in the world – the Extremely Large Telescope or ELT.  This 39-metre telescope is being built on top of a mountain high up in the Chilean Andes, and is intended to become ‘the world’s biggest eye in the sky’.  Tom’s membership of the ESO will ensure Ireland can play a central role in this exciting development.”

Professor Tom Ray said: “Membership of the ESO is a wonderful development for Irish astronomy and is hugely significant for future generations of Irish scientists.

“It means we now have access to world-class facilities and we can lead programmes on such topics as the physics of the gas and dust in our galaxy; the birth of stars and planets; the interaction of black holes with exotic stars in binary systems; and the formation of the first galaxies.

“Access to the ESO means that, from now on, Irish astronomers – as members of a consortium and in collaboration with industry – can be at the cutting edge of astronomical developments globally.”

Further information about the ESO’s work is available at www.eso.org.