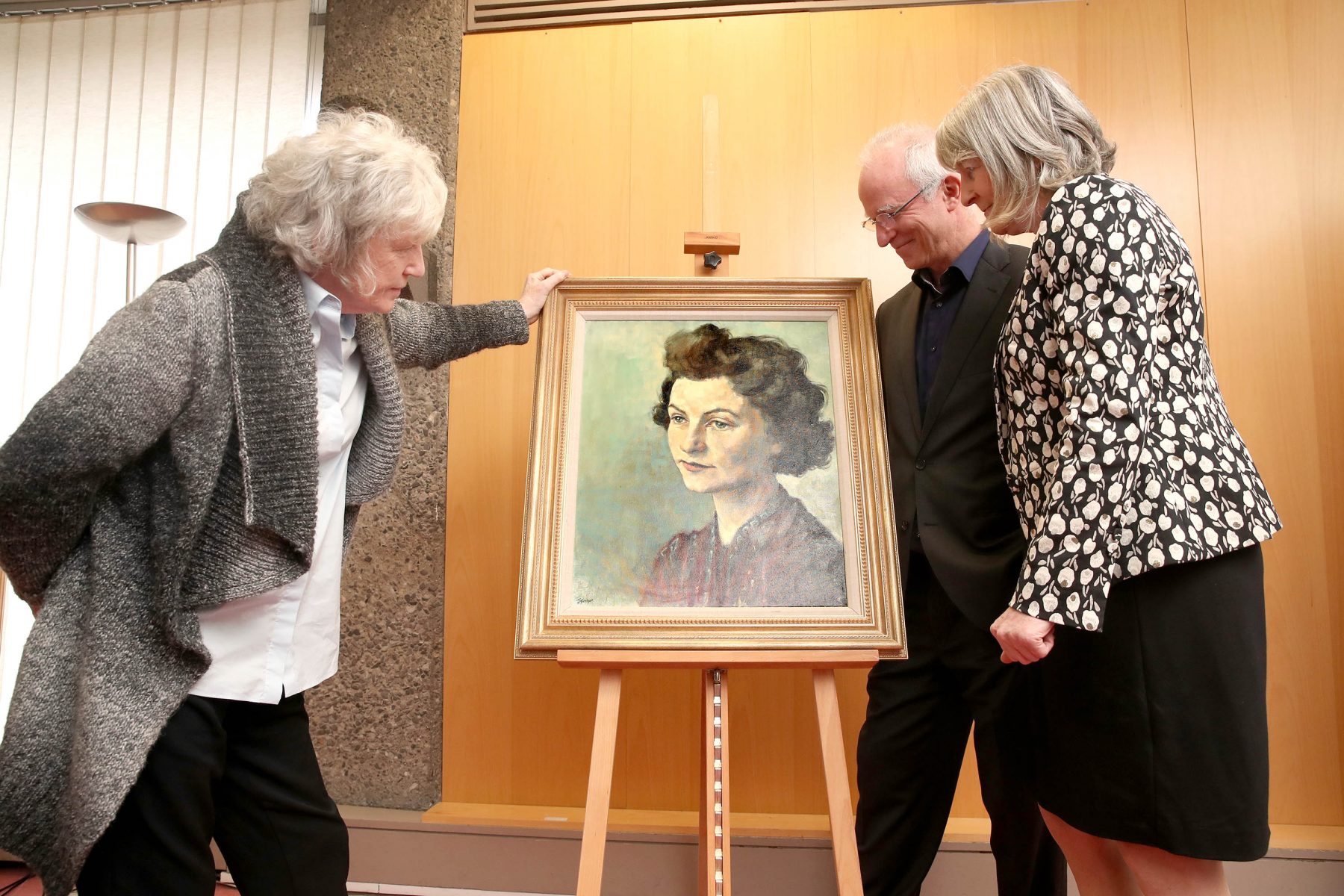 A new portrait of the pioneering mathematical physicist Dr. Sheila Tinney was unveiled at the Dublin Institute for Advanced Studies (DIAS) today (15.01.19).

The son and daughters of the late Dr. Tinney – Hugh, Ethna   and Deirdre Tinney – were on hand to unveil the portrait, along with the Minister of State for Higher Education, Mary Mitchell O’Connor TD.

In 1941, Dr. Tinney was appointed the first ever female fellow at DIAS and, in later years, she became a Research Associate at the Institute’s School of Theoretical Physics.  She was also the first Irish woman to earn a PhD in mathematical science, and one of the first four women admitted to the Royal Irish Academy.

Her portrait – by artist Judith Henihan – was acquired by DIAS thanks to support from the International Women’s Forum (Ireland) and benefactors from the ‘Friends of DIAS’ initiative.

Commenting at today’s event, Dr. Eucharia Meehan, CEO and Registrar of DIAS, said: “Given that she spent many years working here, it is fitting that DIAS will be the permanent home for this wonderful new portrait of Dr. Sheila Tinney.

“Dr. Tinney was a truly remarkable scientist. She excelled in her field, both on a national and international level, and could count some of the most famous and influential minds in history as colleagues: whilst at DIAS Erwin Schrödinger and Walter Heitler, and elsewhere Albert Einstein, and Freeman Dyson, to mention but a few.

“We are delighted to celebrate her here at DIAS today and to acknowledge all that she achieved, especially as today would have been her 101st birthday.”

Speaking at the event, Sheila’s son Hugh Tinney said, “We are very proud of our mother’s legacy as a pioneering female scientist – and of the contribution she made to her field, through her work at DIAS and elsewhere.  We are delighted her portrait will hang permanently at DIAS, and we hope it inspires generations of future scientists to build on her scientific achievements.”