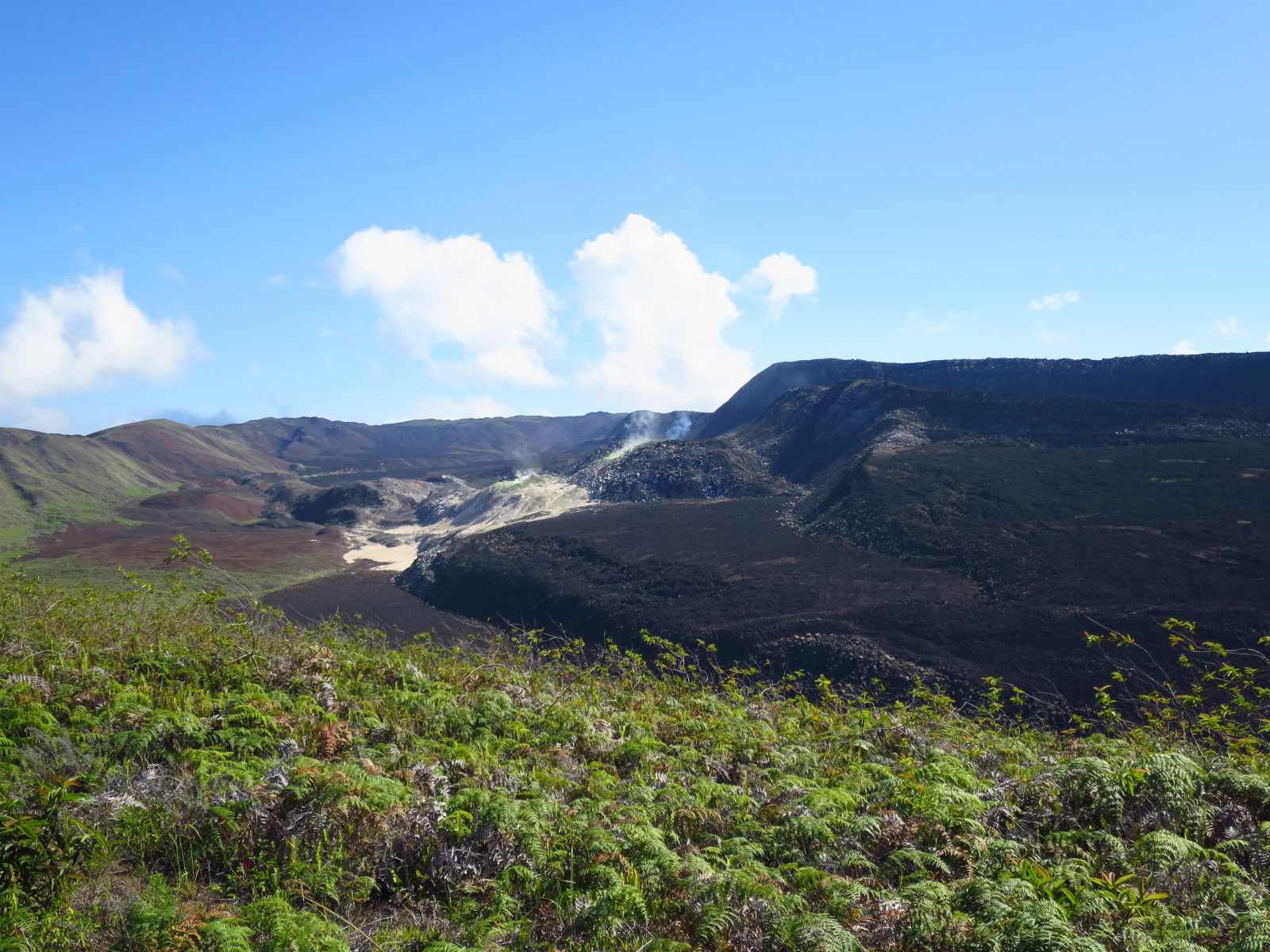 A volcanic eruption in the Galápagos Islands has given scientists a fresh insight into how volcanoes behave and provided vital information that will help to predict future hazards on the islands.

Irish scientists, based at Dublin Institute for Advanced Studies (DIAS) and Trinity College Dublin respectively, were members of an international research team from Ireland, United Kingdom, United States, France and Ecuador that made the discovery.

The research published today (02.03.21) in Nature Communications reveals the first ever detailed description of a volcanic eruption from Sierra Negra – one of the world’s most active volcanoes – found on Isabela Island, the largest of the Galápagos archipelago and home to nearly 2,000 people.

The new understandings developed from the research will allow Ecuadorian volcanologists to track the evolution of unrest for future eruptions in the Galápagos Islands, and communicate it to local authorities and the public.

The research process
The eruption in June 2018 began after 13 years of earthquakes and uplift of the surface marked the gradual accumulation of molten rock (magma) under the volcano. They were amongst the largest signals ever recorded before an eruption. Strong earthquakes allowed new fissures to open in the shield volcano, feeding lava flows that extended 16 km to the coast, and were active for nearly two months.

When the eruption finished, the hills within the 10 km wide caldera of the volcano were nearly two metres higher than at the start. This phenomenon, known as ‘caldera resurgence’, is important for understanding when and where eruptions happen, but is rare and had never been observed in such detail.

Despite their significance, the Galápagos Islands’ remote location means that this is the first eruption there to have been recorded by modern monitoring instruments, including seismometers and GPS. Consequently, there have been no previous multidisciplinary studies into the volcanic processes behind Galápagos Island volcanism.

The international research team combined the latest data recorded by instruments on the ground, by satellites, and by analysis of the chemical composition of the erupted lava. They showed how ascending magma permanently uplifted a ‘trapdoor’ in the floor of the caldera, raising the surface, and triggering large earthquakes.

Professor Chris Bean, Head of the Geophysics Section and Director of the School of Cosmic Physics at DIAS, who was a member of the research team said: “It was fantastic to represent DIAS on this international research team, we managed to examine the Sierra Negra volcano with an unprecedented level of detail which has produced some ground-breaking results. Although the volcano had been slowly inflating for over a decade, the final trigger to the eruption was a violent earthquake strong enough to make anything that wasn’t tied down hop clear off the ground. Stress changes related to this event unzip subterranean fractures through which magma flowed to the surface in a spectacular eruption.”

Dr. Michael Stock, Assistant Professor of Geology at Trinity College Dublin, who was also a member of the research team said: “This is a genuinely multidisciplinary study which brought together a diverse team of international scientists to produce one of the most detailed records of pre-eruptive processes at an active volcano to date. The data will be invaluable in improving volcano monitoring in Galapagos, where eruptions pose a risk to the unique and fragile ecosystem. However, it also has far-reaching global implications, demonstrating that not all volcanoes are created equally – our current understanding of volcano monitoring data is largely based on well-studied eruptions in Iceland and Hawaii and may need to be urgently reassessed to effectively manage volcanic hazards in other locations.”

Dr Andrew Bell from the University of Edinburgh’s School of Geosciences who led the research, said:
“The 2018 eruption of Sierra Negra was a really spectacular volcanic event, occurring in the ‘living laboratory’ of the Galápagos Islands. Great teamwork, and a bit of luck, allowed us to capture this unique dataset that provide us with an important new understanding as to how these volcanoes behave, and how we might be able to better forecast future eruptions.”

Mario Ruiz from the Instituto Geofísico, the national monitoring agency of Ecuador, said “Based on constant monitoring of activity of Galapagos volcanoes since 2013, we detected a dramatic increase of seismicity and a steady uplift of crater floor at Sierra Negra. Soon we contacted colleagues from United Kingdom, United States and Ireland and proposed them to work together to investigate the mechanisms leading to an impending eruption of this volcano. This research is an example of international collaboration and partnership.”

Further information about the project is available here.