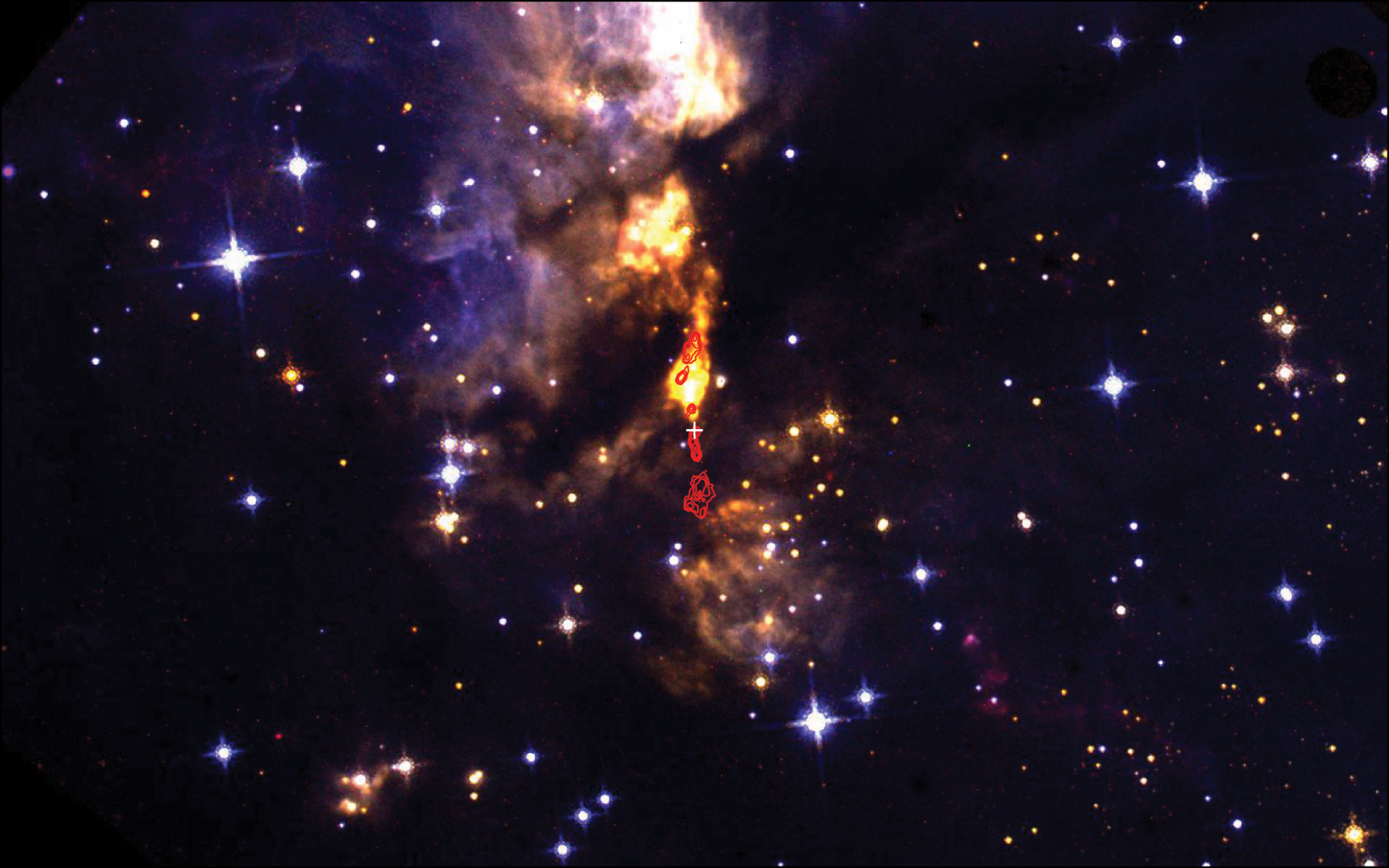 An international team of astrophysicists, from seven different institutions in six countries, lead by researchers from the Dublin Institute for Advanced Studies, have measured the total mass and energy from a jet driven by a massive protostar, for the first time.

Protostellar jets play a key role in star formation. These measurements and the values obtained imply that a common mechanism is in place in the formation of jets in low-mass and high-mass protostars.

The work was conducted by the star formation group from the Dublin Institute for Advanced Studies (DIAS) and University College Dublin (UCD), including Rubén Fedriani, a PhD student at both institutions, who lead the international collaboration.

Commenting on the discovery, Rubén Fedriani said: “We are now one step closer to filling in the gap between low-mass and high-mass star formation, which is very significant. We are on the cutting edge of science in this area, and having access to the best telescopes in the world via Ireland’s membership with the European Space Observatory, and collaborating internationally has helped greatly in getting us there.”

Alessio Caratti o Garatti, co-authoring this work also added: “This research is another important piece of the puzzle. After many years of debate, we are finally understanding how massive stars form, namely accreting matter from discs, while at the same time ejecting powerful and highly collimated jets.”